A documentary series about the pop star prompts us to consider: where do we put our trust?

If you’re a younger sibling, you likely understand the pressure of having talented older siblings. You’re expected to at least exhibit the same amount of promise and talent—if not more! Imagine the pressure if your older siblings included the Jackson Five. Janet Jackson’s self-titled documentary series, Janet Jackson., follows the performer’s difficult career as she seeks to find her own voice, as well as a place to put her trust.

Recently aired on A&E and Lifetime, the four-part series was executive produced by Janet Jackson and her brother, Randy, and traces her life from her childhood home in Gary, Ind., to her induction into the Rock and Roll Hall of Fame at the age of 52. Alongside footage from various moments from her personal life, Janet offers first-person narration, while family members, friends, and other celebrities also provide interviews.

In the first episode, Janet looks pensively out a car window as she pulls away from the family home in Gary. She remarks that her father, Joe Jackson, is the reason for her successful career, but admits that “it was tough at times (and) there was nothing easy about it.” Some of those tough times included dealing with prejudice from their neighbors after the family had moved to the suburbs of Los Angeles in the early 1970s. Janet remembers being called obscene names as cars drove by, as well as a petition to remove the Jacksons from their home. Thankfully, Janet was close to her siblings and was able to turn to them for support. Yet there was still a level of disconnect with her father.

When Janet’s brother, Tito, is asked on camera if working as a kid was tough, he responds matter-of-factly, “You just do it. You know, you just do what you’re told.” Later in the series, Janet says that she doesn’t remember being asked if she wanted to accompany her brothers in their act in Las Vegas; she was just put into the show. The documentary cuts to a shy, 7-year-old Janet in a pink dress being interviewed alongside her older brothers before she performs with Randy. An ensuing montage of performances throughout her child and pre-teen years reveals a progressively more confident Janet. By the age of 16, she found herself signed to A&M Records, despite her own desire to attend college. Shortly after the release of her second album, Janet parts ways with her father as manager. She decides to bet on herself and her own abilities. Unfortunately, along the way, she places her trust in others who did not always have the capability to reciprocate the same level of commitment.

The series follows Jackson’s difficult career as she seeks to find her own voice, as well as a place to put her trust.

Towards the end of the first episode, we learn that Janet’s first marriage ends in an annulment. What began as youthful bliss to fellow musician James DeBarge ended in heartbreak due to his battle with drug abuse. The second episode reveals Janet’s continued struggle with authentic friendships, her attempt to create an identity for herself apart from the Jackson name, and the mental pressure of creating a new album following the success of Control. In an interview, she wonders whether people want to befriend her or her success. In the third episode, Janet and her family navigate the child sexual-abuse accusations against Michael Jackson, as well as the end of Janet’s nine-year marriage to music video director René Elizondo Jr. The last pitfalls presented in the concluding episode include Janet’s tearful recollection of Michael’s death and the backlash against her Super Bowl XXXVIII halftime performance with Justin Timberlake. As an artist who understands the fickle nature of public trust, she still struggled to bear the brunt of the criticism while Timberlake seemingly escaped unscathed. In the documentary series, Janet and Randy share a somber conversation together as Janet recollects the magnitude of the negativity she faced in the months afterward.

As Christians, we're reminded that our trust should be in the Lord. In Jeremiah 17, God curses "the one who trusts in man, who draws strength from mere flesh and whose heart turns away from the Lord." Later in the chapter, God offers this promise: "Blessed is the one who trusts in the Lord, whose confidence is in him. They will be like a tree planted by the water that sends out its roots by the stream." This also reminds me of John 15, where Jesus offers the image of the vine and the branches and instructs us to "remain in me, as I also remain in you." We cannot say what role faith played in Janet Jackson's life, but we do know that God is gracious to all of us. Perhaps it is that graciousness that allowed her to persevere as a "fighter girl," which is the term her creative director, Gil Duldulao, used to describe how she handled the aftermath of the Super Bowl. In the series, celebrities such as Missy Elliott, Samuel L. Jackson, and others all applaud Janet’s strength and the impact she’s had.

Janet Jackson should be admired for what she’s accomplished. Her albums have amassed millions of records sold, her acting portfolio boasts several performances, and she’s remained a relevant icon throughout multiple personal setbacks. Despite all of the valleys she’s encountered, she has always managed to push her way back to the mountaintop of success. However, she’s also shouldered burdens that she shouldn’t have had to carry. She has embodied the “strong, independent black woman” trope and her documentary reveals the effects of that. Janet Jackson is a strong, mighty oak that boasts beauty, but the burdens her branches have had to bear are apparent. Janet Jackson. offers us the opportunity to extend grace as fans and viewers, but also serves as a reminder to put our trust in God and be thankful for his ability to redeem and restore. If we put our faith in God, we can thrive beside still waters of peace and bask under the Lord's warm countenance.

Joylanda Jamison prefers the term "Sanctified Cat Lady." She's had poems and essays appear in magazines such as Fathom, Rogue Agent, and Resolute. She also provides editorial support for Frontier Poetry. Follow her on Instagram and Twitter @itsjoylanda. 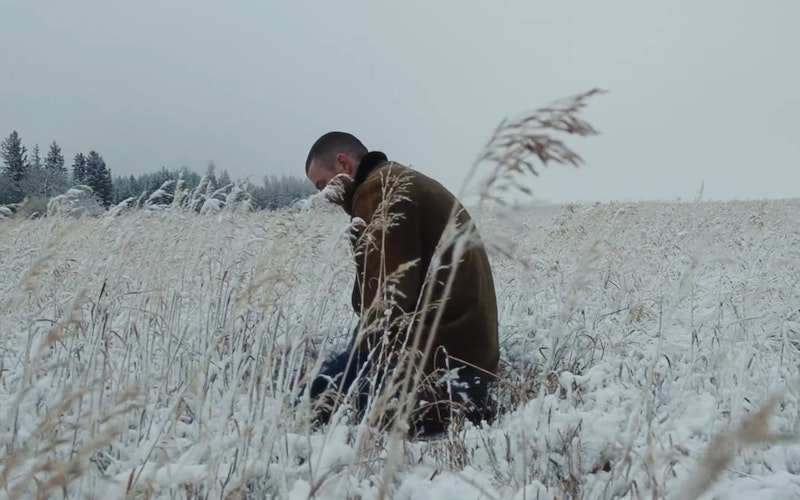 What Christian Leaders Can Learn from Beyoncé’s Homecoming