The Brian Wilson biopic Love & Mercy is a profoundly musical film about a lot more than music.

As vapid summer pop music and mindless popcorn flicks reign supreme on the charts, a quiet little film called Love & Mercy explores the heart and mind of one of the most important musical artists of the last century.

Brian Wilson - who ironically helped to perfect surf music, one of the most excellently shallow forms of pop ever invented - took a major creative and spiritual left turn when he stopped touring with the Beach Boys in 1965 and retreated into the studio to focus on writing and production. From that point forward he frequently slathered tanning oil all over plaintive meditations on the human condition and his own fears. Love & Mercy explores Wilson’s musical genius during that phase and around his comeback two decades later, focusing on the deep pain that fueled and defined both eras.

Director Bill Pohlad, working from a script by Michael A. Lerner and Oren Moverman, uses an interesting device to tell Wilson’s story. Paul Dano plays a young Wilson during the Pet Sounds and Smile years, while John Cusack plays Wilson in the 1980s, as a lonely, depressed and anxious man under the manipulative care of an unscrupulous therapist/monster named Eugene Landy (gleefully rendered by Paul Giamatti). By jumping back and forth from era to era - and from Brian to Brian - the film effectively conveys a sense of personal disconnectedness, despair and domination.

The younger Brian, beginning to experience a range of psychiatric consequences due to the abuse he suffered at the hand of his frustrated father, tries to find God in music and drugs. The older Brian, overmedicated and unhinged, throws what feels like one last desperate lifeline to a woman he meets at a Cadillac dealership. Originally unaware of his identity, Melinda Ledbetter (Elizabeth Banks) grabs that lifeline and finds herself caught up in a tumultuous ride.

Wilson’s recovery comes down to the kind of love and mercy that only flow from forgiveness.

There’s much to love about this film. The way sound is used to simulate schizoid episodes and moments of grace is powerful. The way the writers portray Wilson’s wildly imaginative Pet Sounds sessions will thrill fans of that incredible album. Outside of the studio, Dano brilliantly captures Wilson’s search for peace, fellowship and the approval of his father. Cusack, though never as completely lost in the role as Dano, uses his well-honed mannerisms to bring us a middle-aged man desperate enough for human connection that he would eventually confront his demons in a brave new way. It’s a profoundly musical film about a lot more than music.

In the end the secret to Wilson’s recovery comes down to the kind of love and mercy that only flow from forgiveness. Despite his un-loveliness, Ledbetter embodies her love for Wilson by working tirelessly to free him from the bad doctor’s evil grip. And while the ghost of his devilish father haunts him constantly, the deeply spiritual nature of so many songs on both Pet Sounds and Smile keep God in the room the whole time too. As the credits roll, footage of a modern-day Wilson performing the film’s title song drives the point home. As the audience basks in an all-too-rare happy ending, the real Brian sings a blessing: “Love and mercy, that’s what you need tonight.” Indeed.

Wilson, who reunited with the remaining original Beach Boys in 2012 and released what may be his final solo album just a few months ago, is now active, articulate and full of ideas. It is clear that for him love and mercy are far more than hippy platitudes. He has been married to Ledbetter for over 20 years and has successfully finished that illusive Smile album. His ability to forgive and to still watch for the rising sun in dark times is a song to which we should all sing along. 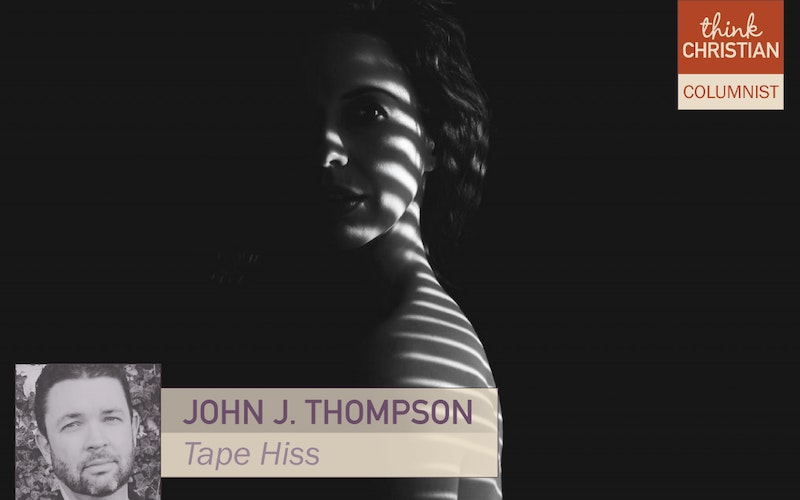 Joy Williams and the redemption of Venus