Arriving from France via Netflix, Lupin reminds us that God knows the blueprint for our lives.

Lupin hit international screens via Netflix earlier this year and proved filmmaker Bong Joon-Ho right: “Once you overcome the one-inch-tall barrier of subtitles, you will be introduced to so many more amazing films.” The French-produced Lupin became the most-watched non-English series on Netflix, reaching 70 million households in its first month.

Lupin follows Assane Diop, a man inspired by the gentleman thief Arsène Lupin, a character created by French novelist Maurice Leblanc. Assane Diop, played by the absolutely magnetic Omar Sy, sets out to avenge his father’s death by using his incredible wit and talent as a master of disguises. His father, Babakar (Fargass Assandé), was imprisoned after being accused of stealing a diamond necklace from his wealthy employer, Hubert Pelligrini (Hervé Pierre). We quickly learn how powerful, deceptive, and cruel Pelligrini is as we watch Assane uncover the truth.

Not only is Assane a highly skilled and intricate planner, but he reads people well and assesses how the flaws of his society help him slip through the cracks to go unnoticed. As this modern-day version of Lupin, Assane Diop—a Black man in France and son of an immigrant from Senegal—exploits the racism and classism that surround him to pull off his many tricks and heists. He uses how people treat him as invisible to hide in plain sight. Assane’s wide-ranging disguises expose the bigotry of society as they conceal him. From dressing up as a museum janitor with his face in plain sight to dressing up as an old man with prosthetics and wigs, Assane operates in spaces in which he is sought out, but not seen.

As the series frequently flashes back to Assane’s past, we learn how different moments in his teenage life impacted the decisions he makes in the present. Every detail the viewers are shown is somehow connected to another. Each moment of his life matters. Repeatedly, Assane succeeds in achieving his goals and carrying out his plans, even in the midst of seemingly impossible situations. Whether it’s escaping from the prison he willingly enters in search of pertinent information or fleeing from buildings riddled with Pellegrini’s hitmen, Assane proves that no amount of security is a match for his expertise and determination. Even if it seems like all exits are blocked, as the music intensifies and scene transitions quicken, we learn that Assane is an indomitable force with impeccable sleight of hand and calculated yet quick thinking. Right when it seems like Assane has lost control of a situation, he pulls through—and a flashback reveals that it was Assane's playing field all along.

Assane operates in spaces in which he is sought out, but not seen.

I didn’t think Assane Diop and the master class that is Lupin would remind me so much of the character of God (thievery, lying, and crime aside of course). The way Assane’s plans always worked and turned out to be far better than what I could have ever come up with reminded me of how God’s ways are always higher. Just when you think it’s over, somehow Assane finds a way to do what he needs to do. Similarly, even when I think the circumstances before me are impossible, I am graciously shown over and over again that God is not limited by my limitations. Certain moments in my life that I thought were minor details turn out to be necessary connecting points in the formation of something greater.

Even when I look back on the people in my life, I know that there have been no chance encounters. I may not have planned to meet someone, but God did. A couple years ago, during a school fire drill, I ended up going through an exit I typically do not use; it just happened to be the closest exit to where I was. A student I had taught four years prior also ended up in the same location. He saw that my foot was still in a cast and boot, as I had broken it several weeks back but it was healing more slowly than expected. The student ended up telling his mother that evening that he saw me and that my foot was still broken. It turned out that his mother worked for an orthopedic surgeon who is a foot and ankle specialist. She arranged for me to see that doctor, who corrected and improved my treatment.

Exiting out of a door that I typically don’t use and chatting with a former student felt like a minor, unnoticeable detail in my life until I realized that that specific moment put me on a much-needed trajectory towards healing. The plan I had crafted and followed for my healing journey was nothing in comparison to what God had in store for me. Even though I was frustrated with how slowly I was healing, I chose to do more Internet research and tried to devise my own action plan, instead of also seeking God in prayer and wholeheartedly trusting in his omnipotence.

So often, I fail to heed the words of Proverbs 3:5 because I keep leaning on my own human understanding. With decisions, big and small alike, I often treat God as if he is the one to just sign off on the plans I bring before him. I come to God with sketches and poorly crafted drafts, seeking a stamp of approval while being filled with frustrations as to why there are missing or undecipherable parts. In actuality, God is the creator and manager of the blueprint of my life. If I trusted God to have a masterful plan, one as intricate and wise as those of Assane Diop, I’d probably be less frustrated and anxious. (But thank the good Lord that he’s not done with me yet!)

In the second half of Lupin, we watch Assane relentlessly pursue his kidnapped son, Raoul (Etan Simon), even as he continues with his larger plan of avenging his father. Because of what we learn about Assane’s character in the first part of Lupin, we have no reason to doubt that he will succeed. Raoul, similarly, has unwavering faith in his father to rescue him because he knows who his father is and what he can do. In the same way, because of what I know, have learned, and continue to learn about God, I have no reason to doubt him. I can (and should) fully trust that, even when it seems bleak, God has a plan that is far greater than anything I could ever imagine. 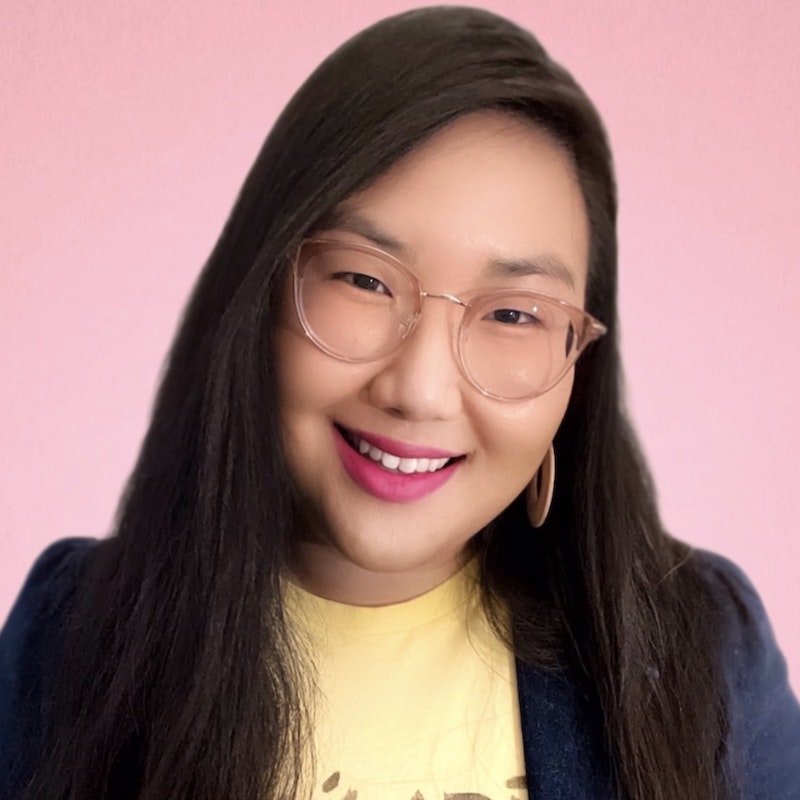 Jane Kim is an educator and advocate born, raised, and based in Queens, New York, who is passionate about issues of culture, justice, accessibility, diversity, equity, and inclusion. You can follow her @janesamikim on Instagram and Twitter.