In the postmodern play Rosencrantz and Guildenstern Are Dead, Tom Stoppard turned Shakespeare’s Hamlet inside out. The tragic Prince of Denmark received but a cameo as two blink-and-you’ll-miss-them Hamlet characters took center stage. This was their story.

However, part of the absurdist comedy’s point was that although this was their story, they themselves were routinely clueless about what exactly was happening and what it meant. After all, they had a very limited perspective of the larger story around them.

If the Bible were Hamlet, the 12-hour documentary Mankind: The Story of All of Us is our Rosencrantz and Guildenstern Are Dead.

Currently airing on History, Mankind is a broad, sweeping review of all human history, specifically the major ideas, inventions and moments that changed the course of civilization. While religion - and especially Christianity - figures surprisingly prominently, the supernatural God is offstage.

If the Bible were Hamlet, the 12-hour documentary Mankind: The Story of All of Us is our Rosencrantz and Guildenstern Are Dead.

Mankind is not interested in questions of life’s meaning, origin or anything concerning the supernatural. In fact, creation and evolution are deftly sidestepped. Monotheism is not portrayed as a fact but as an idea. And Jesus is studied as a victim of the Roman Empire who is crucial to mankind’s story because of the spread and acceptance of His ideas.

This means that when Mankind turns to Christianity, it tells Christian history as, simply, the history of an idea. Same goes for Islam or Judaism. The documentary teaches these points with academic neutrality and respectful recognition of faith’s importance on our collective journey. Religion is called “the most potent force in the history of mankind.” Christianity is upheld as a “key to our success.” In fact, while an episode titled “Empires” is ostensibly about the Roman Empire, it starts with the death of Jesus, dwells on Paul’s conversion and teaching and ends with affirming that Christianity is the “lasting legacy of the Roman Empire.”

Making broad proclamations about movements is one thing. More eye-opening is actually showing the historical impact of ideas in context of the bigger picture. This is especially effective here because Mankind is all about connections and causation. For example, the first episode connected the cultivation of crops to non-nomadic community life. Villages led to owning territory and domesticating animals. Territory led to war. Close proximity to animals led to more disease. Both led to mass death. And this brings, as Mankind summarizes, “another leap for mankind: new ways of mourning and the beginnings of organized religion.”

This emphasis on historical interconnection is especially meaningful when we see how writing, the silk trade, conquesting Romans (and later conquesting Vikings), governmental opposition and a quarter of a million miles of Roman roads leads to the spread of the Good News. “Paul’s letters become very much like the Twitter tweets we see during the Arab Spring,” says a military historian.

And while Christianity may be depicted as a movement and an idea over a relationship and a divine rescue, even the stark presentation of facts can be moving when Mankind’s connections are cleverly made. Most notable: when an episode begins with Christ’s outstretched arms on the cross and ends 300 years later with Emperor Constantine’s outstretched arms as he becomes the first Roman ruler baptized.

This might be our story. And it’s a well-told, educational one. But in between the curtains we can see the Storyteller waiting in the wings.

Todd Hertz (@ToddHertz) is the General Editor of The Quest Study Bible for Teens and media critic for ChristianityToday. / Photo courtesy of History. 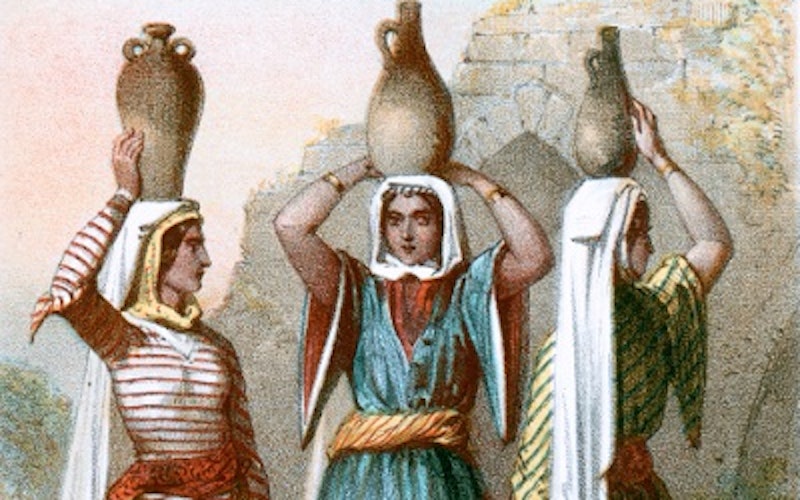 The housewives of Galilee County