Bill McKibben is the writer of The End of Nature and Deep Economy.

After hearing him talk I can say that McKibben has an infectious affability to his speaking. He manages to infuse just the right touch of self-depreciation in his speech in order to sugar-coat his interesting ideologies. Ideas like communities establishing local currencies in addition to our national currency. 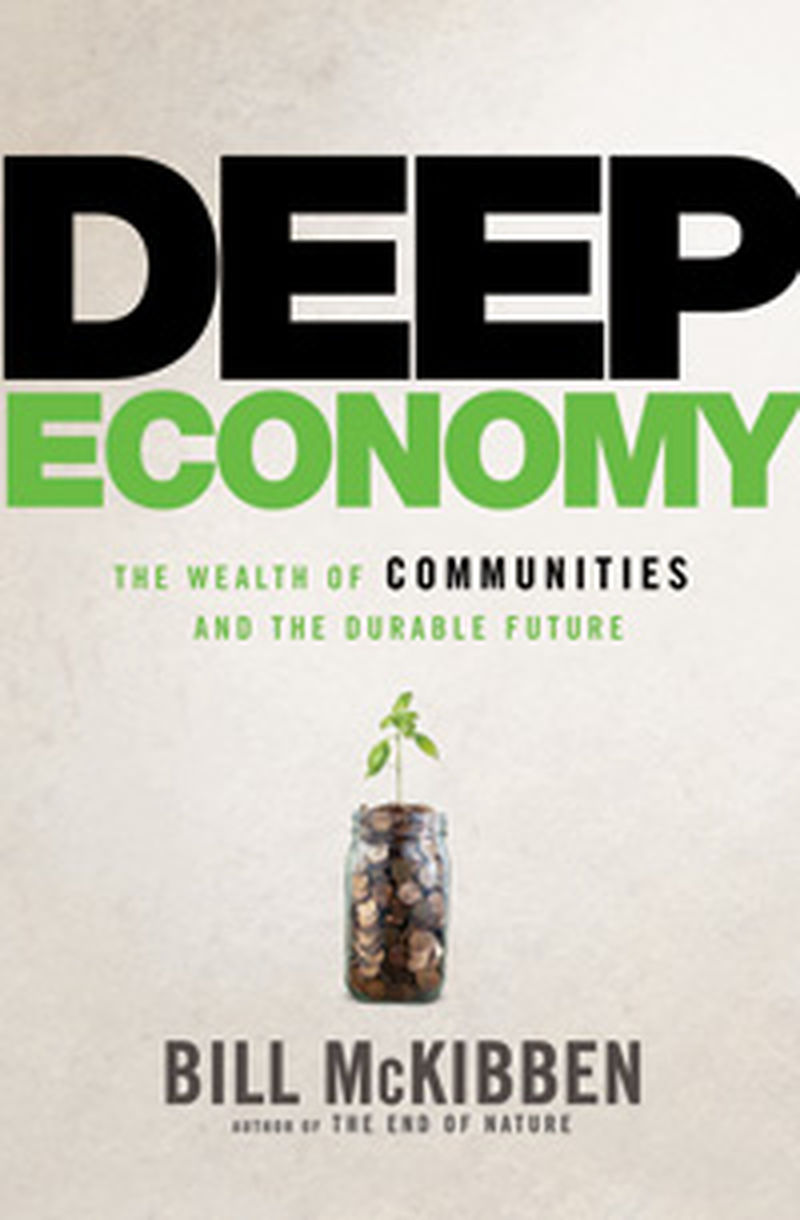 Friday was focused on his newest book, Deep Economy, which attempts to show how America's drive towards generating wealth is doing far more harm than good. Since WWII, we've been attaining affluence at an astonishing rate, and for a while this massive economic growth meant increased happiness. Now, however, that statement isn't quite true. And on top of our decreased happiness, the way we've been doing things has proved extremely harmful to the environment.

He would agree that wealth does increase happiness to a certain point. We just need to create ways in which to generate this wealth without destroying the earth and creating dissatisfied people. He thinks (and he has me almost convinced) that the answer to that dissatisfaction lies in revitalizing local economies. This would have a dual purpose of reconnecting people with each other and lessening the strain on the environment.

Some miscellaneous thoughts from his talk:

-The entire idea of the suburbs is to spread people out, which mathematically decreases the opportunities for personal contact. -Individualization is rampant because our of our economic ability to sustain that individualization. This un-reliance on others drives consumption.
-House sizes in the United States have doubled in the past 20 years even as the number of people on average in those houses has been cut in half.
-About ten times more conversations happened in farmer's markets than in supermarkets. To paraphrase him: that's not some minuscule percentage that sociologists have to justify. No, that's an entire order of magnitude more conversations.
-Your average bite of food has traveled approximately 2000 miles before it hits your fork. To paraphrase him again: this is asinine. It's like stepping outside after this talk in Michigan and calling up Denver for take-out.

Do you think Americans would be willing to relinquish wealth in order to attain intangibles like increased happiness and community? Any other thoughts?