The identity Moana discovers parallels the identity God intends for all of us.

Questions of human identity are as old as literature and as contemporary as the local multiplex. One of the more encouraging recent explorations of identity appeared in Disney’s Moana, particularly in one of the movie’s signature songs, “We Know the Way.”

Moana tells the story of a young Polynesian girl’s rediscovery of her past. In that discovery, Moana finds her identity through tradition, place, and the search for home. Her grandmother asks Moana, “Do you know who you are?” Over the course of the movie, Moana discovers the answer.

“We Know the Way,” written by Opetaia Foa’i and Lin-Manuel Miranda, is sung over a flashback that teaches Moana who her people used to be, before a fear of the open ocean kept them constrained to their island. Once, they had been a proud nation of seafarers. Their exploration took place within a tradition. In the flashback, a captain sings, “We tell the stories of our elders in a never-ending chain.” As explorers they practiced certain navigational crafts which told the sailors their place: “At night we label the stars, we know where we are.” The song goes on to connect the categories of place and identity: “We know where we are / We know who we are, who we are.”

The repetition of “we know who we are” emphasizes the message about identity. The captain’s song teaches who these people are; their essence is to roam the sea. And yet, they do not abandon the importance of home. As they find new places, they “keep our island in our mind / And when it’s time to find home / We know the way.” In this song, the tradition of elders, the location of oneself in a particular place, and knowing the way home all contribute to identity.

The imagery accompanying the music highlights the value of knowing one’s tradition. As the song begins, Moana is alone in a dark cave full of discarded canoes. But as the flashback gets underway, we see the vivid blue sea being crossed by a whole community engaged in exploration. In contrast to her isolation in the darkness, Moana sees how her people once lived together, in the light, pursuing their craft of seafaring.

By the end of the movie, Moana recognizes herself as “the girl who loves my island, and the girl who loves the sea.” Situating herself within the tradition of her people, the crafts of ages past, and reconciling her love of home with the urge to explore, she sings “I Am Moana!”

Of course, questions of human identity go even further back than the oldest literature. The kind of identity Moana discovers parallels the identity God gives his highest creation in Genesis. The first humans are made in a particular place (Eden), given a network of relationships to each other and to their Creator (marriage and fellowship), and a set of practices which enable flourishing (stewarding the garden). While the man and woman work the garden and enjoy it without violating the sole restriction, it is their home. Neither Adam nor Eve find happiness in making their own identity, but instead in receiving their identity through their place in creation.

Such identity, according to Andy Crouch, does not diminish human worth, but rather connects it to a purpose. In Culture Making: Rediscovering our Creative Calling, Crouch contends that God placed human beings in a world (our place) filled with potential and commanded them to cultivate it (through our traditions). This work involves transforming the potential into the real. In this way, Crouch argues, even taking the potential of eggs and making them into the cultural good of an omelet honors our Creator. Being a flourishing human, according to Crouch, does not involve escaping the world or rejecting the gifts God has given, but instead adopting an attitude of creatureliness, accepting the traditions, places, and homes we inhabit as the framework within which we learn our identity and calling. By seeing ourselves in this light, we flourish as creatures in God’s world.

Moana exhibits Crouch’s idea of creatureliness. Her identity is not formed in some existential overthrowing of restraints, but in learning the traditions of her people, the places of their exploration, and ultimately returning home. For us as humans, flourishing is found in embracing the identity God has given us, not in making our own. 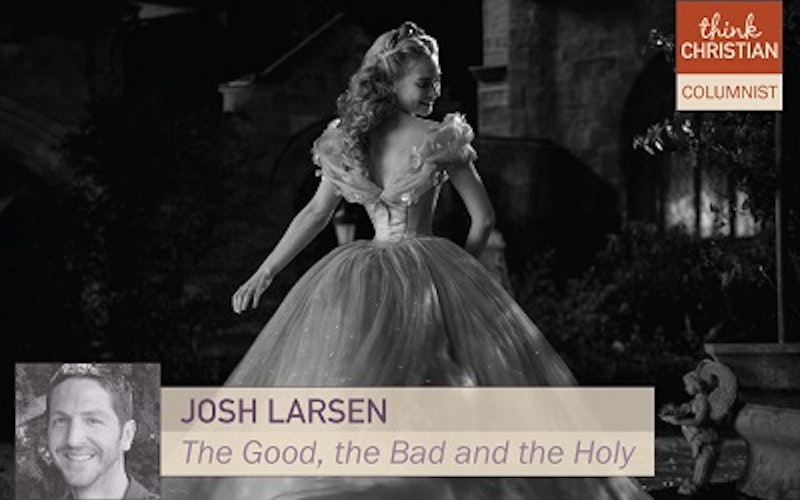 Getting back to basics with the new Cinderella