“Truly I tell you, unless you change and become like little children, you will never enter the kingdom of heaven.”

These words of Jesus are among the most popular verses of Scripture, yet they can be difficult to interpret. What does he mean when he tells his disciples to “become like little children?” Perhaps an answer lies in the depiction of childhood offered by My Neighbor Totoro, a Japanese animated classic from director Hayao Miyazaki.

Most commentaries suggest Jesus is advocating for humbleness. In Matthew 18, he is responding to a question from the disciples: “Who, then, is the greatest in the kingdom of heaven?” Jesus humbles them by pointing to children. According to Gill's Exposition of the Entire Bible, the message is to “learn to entertain a humble and modest opinion of yourselves, [and not be] envious at one another.”

But what is specifically childlike about the humility Jesus encourages? What are the unique aspects of childlike humility that are not commonly seen in adults? Answering these questions requires knowing the mind of a child, and few understand children’s minds better than Miyazaki.

Miyazaki, who recently announced the title of his latest film, has had an unrivaled career in animation. Even the great minds at Pixar turn to his work for inspiration. He frequently explores childhood and the sort of childlike humility found there, and few of his movies do this as purely as 1988’s My Neighbor Totoro. The film follows two sisters, Satsuki and Mei, who move with their father to a rural village. They befriend a variety of creatures that live in the area, most notably the forest spirit Totoro. Throughout the movie, Satsuki and Mei go to school, play outside, deal with the occasional family issue, and spend time with Totoro and his magical friends.

My Neighbor Totoro’s depiction of childlike humility is centered on the awe with which these sisters meet the strange wonders of this new world. Most people would react to Totoro’s woods, which he does technically haunt, with fear or dismissal. Some might even claim they are above such nonsense as believing in spirits and refuse to acknowledge Totoro’s existence. The sisters, however, are not so jaded. They not only accept Totoro’s presence, but they also play and interact with him.

What if we stood in childlike awe of God and the gift of grace he offers us?

The character design emphasizes the sisters’ wide-eyed embrace of this spiritual realm. Despite his large stature, Totoro himself is an incredibly approachable figure. Big, round, furry, and with large expressive eyes, Totoro looks like a giant stuffed animal. One of Totoro’s friends, a half cat and half bus hybrid, is also unexpectedly charming. Catbus’ happy smile, smooth design, and masterful combination of animal and machine elements take something that should be disturbing and instead makes it seem wonderful.

Throughout the movie, the sisters are rewarded for the awe and respect with which they treat the spiritual world. Totoro ends up being a nice friend. He helps the girls’ garden grow and allows them to ride on his stomach as he majestically flies through the air. In the last third of the movie, Satsuki, the older sister, must trust in Totoro and Catbus to help her find her lost sister, and they deliver.

While such scenes are undeniably beautiful, the real genius of My Neighbor Totoro is how it invites viewers to become childlike themselves. A cynical adult could easily dismiss the film. Not much happens in it and many elements, like Catbus, could be considered juvenile. Enjoying My Neighbor Totoro requires the viewer to approach the film with the same childlike innocence held by Satsuki and Mei.

Take, for instance, a beautiful scene in which Satsuki, Mei, and Totoro wait for an actual bus in the rain. The scene is simple: Satsuki gives Totoro an umbrella to stay dry; Totoro is so happy that he jumps up and down, causing more drops to fall from the leaves overhead. A cynical adult perspective would claim that Satsuki should not interact with a possibly monstrous stranger. Also, such a mundane object should not excite Totoro. A child’s perspective, however, would see Totoro’s impossibly large smile at the simple gift and share in the creature’s joy. To watch My Neighbor Totoro is to put aside any ideas of being above a simple childlike experience.

Perhaps Jesus’ call to “become like little children” means approaching the world he offers as Satsuki and Mei approach the world they discover in My Neighbor Totoro. What if we took time to be in awe of the Totoro-like pieces of beauty in God’s creation? What if we stood in childlike awe of God himself and the gift of grace he offers us?

Doing so requires absolute humility. Just as the giant Totoro dwarfs the sisters, childlike wonder simultaneously reminds us how big God and his grace are, and how tiny we are by comparison. Perhaps an awe for the spiritual and an acceptance of our own smallness is what Jesus is asking of his disciples. Embracing both might open the door to a childlike joy we all need. 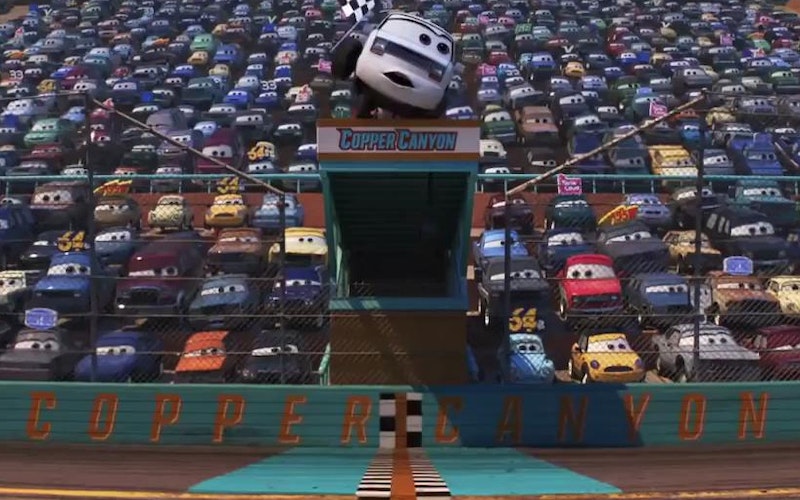 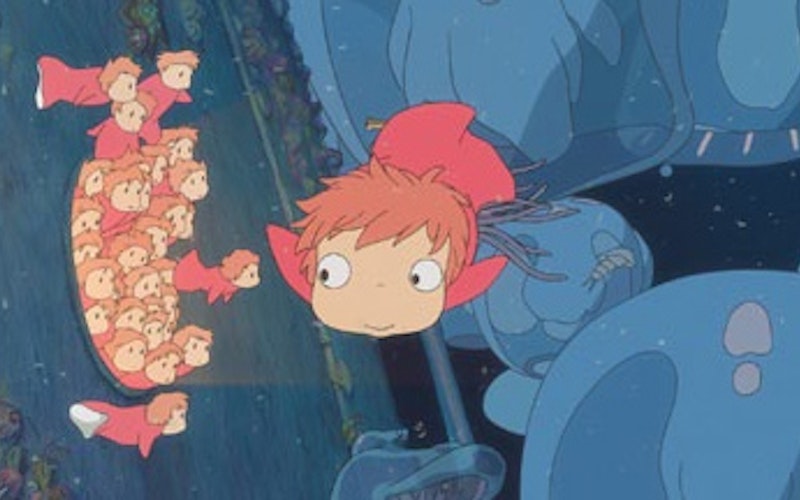 'Ponyo' and the challenges of multiculturalism