In Spider-Man: Far From Home, a new character to the MCU demonstrates the difference between being a symbol and being a servant.

Atop London’s Tower Bridge, surrounded by hundreds of weaponized drones, Quentin Beck (Jake Gyllenhaal) manages a sly smile, despite the live round lodged in his belly. The wounded would-be successor to Iron Man has a message for Peter Parker (Tom Holland): “People … need to believe,” he declares with his dying breath, “and nowadays, they’ll believe anything.” A winking critique of our Mis-Information Age, Beck’s comment speaks to how we so often misplace our faith in others, desperate for and distracted by even the semblance of good.

Spider-Man: Far From Home picks up eight months after the events of Avengers: Endgame. The first MCU installment following the death of Tony Stark (Robert Downey Jr.), Far From Home asks the questions left on everyone’s minds. Are the Avengers “even a thing anymore?” What are we supposed to do in a world without Iron Man?

Enter Quinten Beck. Hailing from another dimension, Beck is here to take down The Elementals, rogue monsters responsible for destroying his home world and now creating havoc on Earth. Dubbed “Mysterio” by the press, Beck eventually defeats the destructive Elementals and does so with a swagger that leaves Peter Parker feeling less Iron-clad than ever. Peter, who seems more comfortable in his role as “your friendly neighborhood Spider-Man,” deems himself unworthy of continuing Stark’s legacy. Although he’s inherited Stark Industries’ vast tech and weaponry, Peter sees the dashing Mysterio as the better successor to Iron Man. And so, after witnessing Beck in action, Peter hastily hands him control of the Stark database, exchanging the burden of hero status for the relative safety of hero worship.

And why wouldn’t he? After all, Beck checks all the right boxes. Like Iron Man, he flies, fires energy beams from his hands, and fights in a flashy suit of armor. Like Tony, Beck is brilliant, confident, and charismatic. And most importantly, it seems that he’s willing to sacrifice his life in order to save others. He even comes with his own hipster beard. For viewers, the casting of Gyllenhaal signaled an exciting future for the shifting MCU. When the Oscar nominee shows up in the trailer, emerging from a cloud of smoke, spitting catchphrases, and sporting a cape, he breathes new life into the idea of being an Avenger. Of course, that’s what Quinten Beck is counting on.

We so often misplace our faith in others, desperate for and distracted by even the semblance of good.

The Bible warns us about being too careless with our trust. We’re told to be wary of those who seemingly look the part, who “like to walk around in long robes, and expect to be greeted with respect,” who seek to be honored at banquets and houses of worship. The Gospels present a series of admonishments (or “woes”) directed at Pharisees, prominent religious figures who, for their own gain, hustle the public with illusions of virtue. These so-called leaders don’t practice what they preach, asking more from their followers than they themselves are willing to give. They are compared to “whitewashed tombs,” which, while nice to admire, are nonetheless full of filth and the bones of the dead. Though they may look clean on the outside, inside they are “full of greed and self-indulgence.” Far from heroes, they actually end up endangering those whom they are charged with saving.

What makes these so-called leaders so dangerous is that they have mastered the mask—the dress and rhetoric of religious tradition—and aptly use these tropes to solidify their own power and position. Quentin Beck is also wearing a mask—or, at least, a mystifying globe. He is, in fact, a former Stark employee with a grudge, a special-effects expert who fabricated the feats of Mysterio through hologram technology—illusion. No wonder he’s able to win Peter’s admiration and awe. He recognizes Peter’s need for direction and hope, and preys upon that need. He exploits Peter’s fears and insecurities and positions himself as the superior conduit for good, despite his less-than-honorable intentions. In a post-Avengers world, Beck knows that “you can be the smartest guy in the room ... but unless you’re flying around with a cape, or shooting lasers with your hands, nobody cares.” He makes such an effective villain because he gets what it takes to play the hero.

What Beck doesn’t understand—and what Peter Parker must learn—is what it takes to be truly heroic. What made Tony Stark a hero was the man behind the iron, the sacrifice beyond the spectacle. Jesus tells us that he “did not come to be served, but to serve, and to give his life as a ransom for many.” Though a master teacher, he washes the feet of his disciples and tells them that they “also should wash one another's feet … I have set you an example that you should do as I did to you.” His deeds—some miraculous, but others commonplace—are meant to instruct as well as inspire. It’s in Christ's service, as well as his splendor, that we can find direction.

As Peter faces Beck in the climax to Far From Home, he must not only bypass the swarm of armed drones now under Beck’s command, he must also overcome the seduction of Mysterio’s illusions, to see beyond Beck’s manipulation in order to decipher the truth, to recognize the real enemy. In this way, Peter may prove himself worthy of being called the hero. It serves as a lesson for the rest of us: When we’re able to distinguish between playing a part and doing our part—between being a symbol and being a servant—we untap our own potential for heroism, both in our neighborhoods and throughout the world. 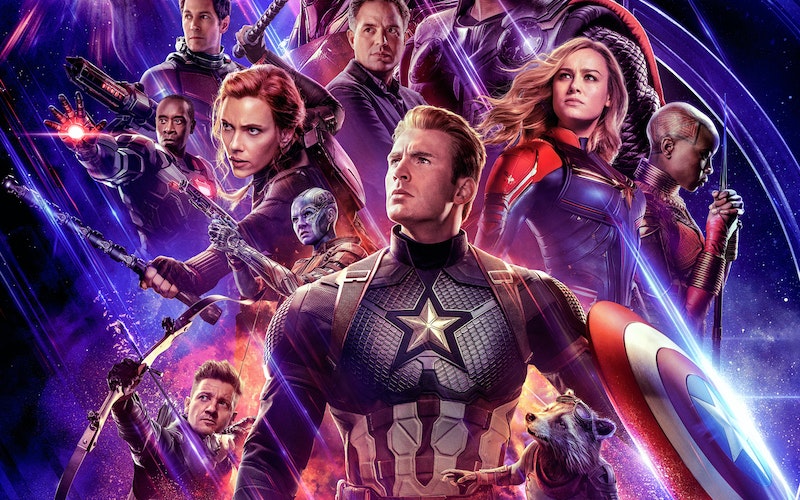