Evangelicals prefer Narnia, Catholics have a wanderlust for Wonderland and mainline Protestants are split between hitching a ride to Hogwarts, Narnia or Neverland.

Those are the results from a unique poll by the television show "60 Minutes" and Vanity Fair magazine. The survey asked 1,000 Americans what fantasy land they'd most like to visit (Washington, D.C., excluded).

Evangelicals showed a clear preference for Narnia, the fantastical world of talking beasts entered through an enchanted wardrobe in C.S. Lewis' The Chronicles of Narnia series.

Lewis, an Anglican, topped the list for 28 percent of evangelicals. Both his fiction - commonly interpreted as Christian allegories - and also his nonfiction have become touchstones in contemporary evangelicalism.

Just 8 percent of evangelicals said they would like to visit Hogwarts, the school of witchcraft and wizardry from the Harry Potter series.

Alice's Wonderland was many Catholics' cup of tea, with 21 percent saying they'd like to take a trip down the rabbit hole. Peter Pan's Neverland (18 percent), Hogwarts (18 percent) and J.R.R. Tolkien's Middle Earth (16 percent) weren't far behind.

Among those listed as "other" religions, Hogwarts was the clear favorite (31 percent). And Middle Earth led the way for those who professed no religious affiliation (23 percent). The survey, conducted in late 2010 and recently highlighted by the Center for Applied Research in the Apostolate at Georgetown University, includes a margin of error of plus or minus 3 percentage points.

Daniel Burke won the American Academy of Religion's Award for Best In-Depth Reporting on Religion in 2010. He holds an M.S. in journalism and an M.A. in religion from Columbia University and a B.A. from Georgetown University. This piece published via Religion News Service. / Photo courtesy of Walt Disney Pictures.

Singing the praises of science fiction 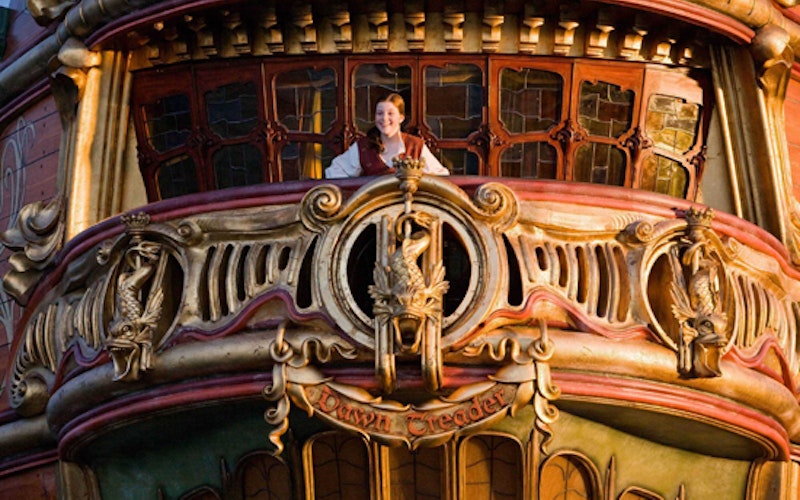 How the New ‘Narnia’ Underestimates Christianity