With Delta, the banjos (and biblical resonance) make a comeback.

There may be no modern band with more baggage than Mumford & Sons. With roots in the church and a sense of earnestness that would make Rattle and Hum-era Bono blush, Marcus Mumford (literally a preacher’s kid) and his bandmates struck a chord in 2009 with their arena-sized folk, which offered millions of millennials relief from over-processed and dehumanized synthetic pop, hip-hop, and even country. Yet soon these four UK lads became prisoners of their own success (and sound).

Since no one knows how to rebel like a preacher’s kid, Mumford & Sons’ third album, 2015’s Wilder Mind, bore all the subtlety of an Amish rumspringa. Gone were the banjos, acoustic guitars, standing kick-drums, and suspenders. The songs were darker, less hymn-like, and seemed to be more interested in being invited into a hip urban club than the local football stadium for a sing-along. The record was a creative temper tantrum that was quickly forgotten. Like so many suddenly successful bands before them, Mumford & Sons were so busy defying their self-imposed boundaries they forgot that none of this matters if the audience tunes out.

The thing about rebellion is that it is really only interesting for the rebel. Every prodigal realizes this eventually. The band’s existential spasm seems to have served its purpose, though. When they reconvened to craft their fourth and latest album, Delta, they realized that the only rules that hemmed them in were ones they built, or imagined, for themselves. The forced modernization of Wilder Mind was just as artificial as the forced affectations of their earlier period. It was time to cast off all of those boundaries and simply come home.

Delta, cleverly named after both the fourth letter in the Greek alphabet and the point at which a river pours into the great big ocean, is a study in casting off artifice and embracing the great unknown. In the case of Mumford & Sons, that turns out to be a collection of mostly middle-of-the-road, melody-driven, epic, arena-scale, folk-pop. Shocker, I know!

The thing about rebellion is that it is really only interesting for the rebel.

Fortunately, this is not a full-blown return to form. The folksy silver miners aren’t back, and while the banjo and acoustic guitars may be, they are treated like any other instrument: tastefully. The focus is on the songwriting, not the instrumentation, and the songs are very good. Along with a return to an earthier, more human sound, the lyrics reflect a meditative quality. Biblical allusions and references abound, from Song of Solomon’s romanticism (“Beloved,” “Rose of Sharon”) to Psalm-like worship terms about inconceivable light. “Fear not,” the most often repeated commandment in the Bible, is the emotional center point of the dramatic and sweeping ballad “The Wild.” None of this should come as any kind of surprise, considering Marcus Mumford’s roots. But it is refreshing to hear the band embracing these references instead of burying them.

In Deuteronomy 11, God instructs his people to guard against the temptation to follow false Gods by “writing” his words on their hearts and minds, tying them to their hands, fingers, and foreheads, and on their door frames and gates. It’s hard to miss the reference on the sprawling and atmospheric “October Skies”: “So brand it on my mind / So I don’t forget / Let it shine, let it shine / By my wandering eyes.” God’s people are told to teach these words to their children at all times and in all places. When the sound of children’s voices are heard in the background of the final track, it’s almost as if they are passing this heritage along.

In a Rolling Stone interview, the band said that they were more open in both the recording process (allowing a steady stream of friends to hang out at their London studio) and in the way they allowed their personal experiences, as well as those of their friends, to shape the songs. Talking to Esquire, Marcus Mumford explained that they were intentionally grappling with the stuff of life and death this time around. Importantly, the band recognizes that at the end of the day this whole thing is about people. That is what folk music is named after, you know. But for Mumford & Sons, the sense of community—among bandmates, their families, and even the sense of connection they have with their audience—includes the possibility that there is something sacred going on. “I feel like our band’s more about people than art,” Mumford dared to reveal in that telling Esquire piece. With that short, risky sentiment, this band may have revealed their destiny. Critics will hate them for it, but like Bruce Springsteen, U2, Foo Fighters, Paul Simon, and Tom Petty, this kind of music isn’t made for the critics.

Delta’s closing track, the title song, may be the strongest of the lot, as it evokes the sensation of moving from the relative calm of the river into the great unknown of the ocean. At the heart of the six-minute track are lyrics that cut right to the bone. “And does your love prefer the others? / And does your love just make you feel again? / Does my love prefer the others? / Does my love just make me feel good?” It’s a litmus test, really, about whether what we are feeling, and calling “love,” is really love at all—or just self-interest. As Paul says in Romans 12, “Love must be sincere. Hate what is evil; cling to what is good. Be devoted to one another in love. Honor one another above yourselves.”

Without biblical imagery, this collection of songs would completely fall apart. From the very first track it is clear that, while the music may be designed to appeal to the widest possible audience, the lyrics are attempting to dive deeply into the most mysterious and troubling questions about the nature of humanity. Who are we? How are we to relate to each other? Why are we here? As with any attempt to tackle these things at that scale, the risk of grandiosity is high. Mumford & Sons don’t avoid pomposity altogether on Delta, but you have to admire their willingness to once again swing for those kinds of fences. 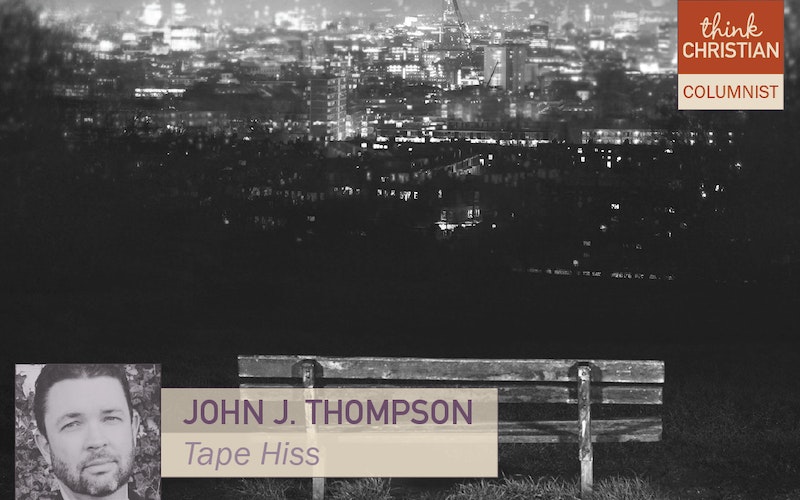