For those who have missed out on the love of a parent, the Pixar film is a reminder of the God who is always with us.

Onward, a story about a young elf’s quest to reunite with his father, is about far more than father issues: it’s about spiritual disappointment.

More than just missing his father, who died before he was born, Ian Lightfoot (voiced by Tom Holland) deals with heavy inadequacy. He feels as if he is not enough because his life hasn't been what it should have been. Yet this can all be turned around by the opportunity his father left behind for him and his older brother Barley (Chris Pratt): a magical staff with the potential of bringing back their father for 24 hours.

However, just like in real life, adventures are rarely straightforward, and disappointments are not so easily removed. Ian casts the spell that will bring his father back, but it only conjures him from the waist down. And so the brothers embark on a quest, with their father’s legs running alongside them, to find a way to complete the spell.

The world of Onward constantly reminds you that life will never return to the way it was before. Once a land of enchantment, New Mushroomton has worked itself out of the need for magic. Technology is here to stay, and the magic that used to enchant the lives of many now only exists in an unpopular role-playing game. This suburban enclave is now a world of cars, planes, bills, day jobs, and taxes. Once mighty warriors serve as restaurant managers, trading their swords for karaoke machines.

Nothing speaks more to this than a moment where the brothers are walking through a vast valley and an airplane slowly rises in the sky behind them. Here we are, an hour into the adventure, in a grassy valley mirroring the beautiful Scottish highlands, and they are still only miles away from a mundane airport. The giant adventure the boys are hoping for is walking distance from a hub of normal activity. This airplane is a stark reminder that things have changed. The world will never be what it was; the disappointments we experience are not so easily removed. Simply put: we cannot go back.

The disappointments we experience are not so easily removed.

However, in this struggle lies the beauty of Onward. (Spoilers ahead.) Ian was so caught up in what he didn't have that he missed out on what he did. This takes a turn when, in the pinnacle point of the movie, Ian realizes someone was there for him all along, to fill the role of his father: his brother Barley. All of the things he missed out on when his father passed away were shared with his older brother. He didn’t lose anything because Barley took the mantle of a spiritual father and shared with Ian all he had, like the best fathers should.

This hit very close to home for me and is the sole reason I cried harder during Onward than I ever have while watching a movie. Like Ian, I understand the struggle of father issues and feeling inadequate. I understand the disappointment of seeing what I missed in life and believing the lies of how it left me with less than what I needed. My world, like Ian's, looked different because it was missing something dear to me: a loving father. This hole in my life left me believing I never received much of what made someone a man, and left me with many insecurities as a young adult.

However, when filtered through the lens of my faith, I see I wasn't missing anything. God tells us something similar to what Ian discovers in the movie: "I have been here all along, and I am for you.” Like Ian, I had felt alone and abandoned. But I came to understand that God was there the whole time. My disappointment in life has become a strength, because I realize what I thought I missed was covered by my heavenly father. Rather than growing with my father by name, God surrounded me with monumental father figures who taught me what it was like to be a man, to play music, to think for myself, to be a husband and a father. These men poured into me so much that I lacked nothing and was able to thrive. God showed me I had nothing to be ashamed of. I had everything I needed because of him.

Much like Ian, I did not get the happy ending I pictured with my father. But what I received in life has been something so much more rewarding. My disappointments were laser focused on what I was missing; God was focused on what I needed. Ian needed love throughout his whole life, not just via a 24-hour gift. Even though he may have missed out on much, he was able to see the victory through his disappointment.

Stories of disappointment are littered throughout the Bible. David was called a king and immediately sent back to shepherding. Joseph was sold into slavery by the brothers he dreamed of leading. Mary and Martha's brother Lazarus died before Jesus made it to town to heal him. These people had great faith, yet were thrown into situations they did not expect. And like my own story, God was there with them, and he was for them. He saw them through their disappointments and gave them something far greater: his plan.

It is through Ian's disappointment that he saw he had everything he needed. It's through our disappointments that God sees us to the victory. As you watch Onward, allow it to remind you of all the ways God has worked through your disappointments. He loves you, he has never left you, and he is for you.

Elsa, Abram, and Heading Into the Unknown 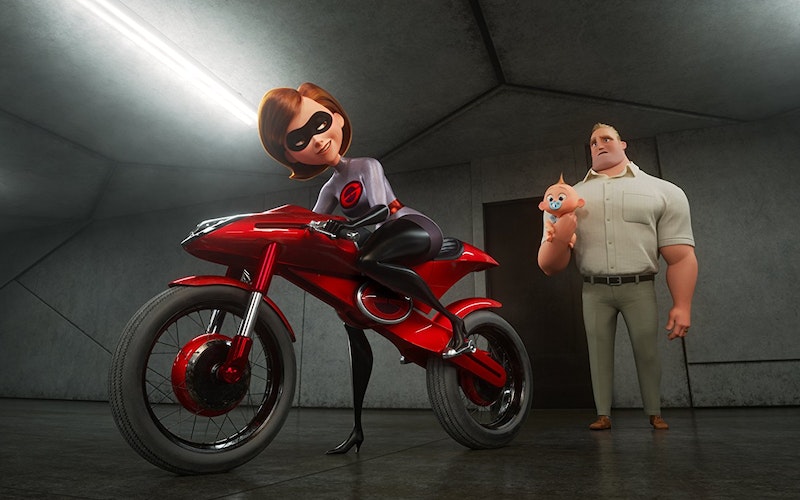