Like C.S. Lewis' The Great Divorce, Passengers depicts an existence of worldly comfort, but troubled relationship.

I went into Passengers expecting a generic science-fiction film about danger aboard a spacecraft and left pleasantly surprised by a thoughtful drama about an excruciating ethical dilemma. The film does take place aboard a spacecraft, but the setting supports a serious consideration of isolation, selfishness, and love.

The film begins aboard the spaceship Avalon on its 120-year voyage to the colony planet of Homestead II. A freak accident causes mechanical engineer Jim Preston (Chris Pratt) to awaken from hibernation with 90 years left in the Avalon’s voyage and no way to return to sleep. Jim tries to make the most of his new and solitary life. The Avalon is designed much like a cruise ship, with lavish accommodations and a multitude of entertainment possibilities for the final months of the voyage when the passengers are awake. Jim hopes to use these accommodations to stave off the gripping loneliness he feels, yet the lavishness of the ship’s set design combined with its complete emptiness only underscores the futility of Jim’s self-distraction. The cinematography, meanwhile, regularly focuses on the vastness of the space outside of the ship, while the craft’s looped architecture emphasizes the feeling of constant separation from the known world.

Watching Jim deal with this predicament reminded me of C.S. Lewis’ masterpiece The Great Divorce, a retelling of Dante’s Divine Comedy in which he imagines a bus trip through hell and heaven. Lewis’ hell is striking because of its familiarity: rather than a lake of fire or a dark dungeon, it is a city with “cinemas and fish and chips shops and advertisements and all sorts of things [the residents] want.” Hell is a city where people have worldly comfort but, separated from the presence of God and left to their own devices, choose to live in isolation. As one of Lewis’ fellow passengers explains:

As soon as anyone arrives he settles in some street. Before he’s been there twenty-four hours he quarrels with his neighbor. Before the week’s over he’s quarreled so badly that he decides to move… He’s sure to have another quarrel pretty soon and then he’ll move on again. Finally, he’ll move right to the edge of the town and build a new house… That’s how the town keeps on growing.

If this idea of hell seems unorthodox, I would argue that it’s based on the Bible’s understanding of sin. The story of the first sin in Genesis demonstrates how intimately sin and community are linked: sin breaks the relationships between husband and wife, man and animal, and man and God. When Paul sought to explain to the Corinthians the significance of Christ’s death and resurrection, he spoke of the restoration of these relationships: “All this is from God, who reconciled us to himself through Christ and gave us the ministry of reconciliation: that God was reconciling the world to himself in Christ...” Sin and isolation, salvation and community are inextricably linked in the biblical narrative.

A true relationship will require things divine: forgiveness, grace, and love for someone undeserving of it.

This vision of hell put forward by Lewis is much like Jim’s situation in Passengers: surrounded by worldly comforts, but unable to have proper relationships with others. Of course, as the film’s marketing makes clear, Jim is not the only character. When distractions fail to drive away the loneliness, he decides to wake another passenger, Aurora Lane (Jennifer Lawrence). By hiding his actions from her, Jim builds an unstable relationship with Aurora. He may have alleviated his pain, but their relationship is in constant danger of collapse, a fascinating conflict that the film spends the majority of its time exploring.

The community that Jim and Aurora experience, then, is ultimately built on selfishness. A true relationship will require things divine: forgiveness, grace, and love for someone undeserving of it. The filmmakers behind Passengers probably weren’t looking to portray a Christian reflection on the nature of community. They did a solid job nevertheless. 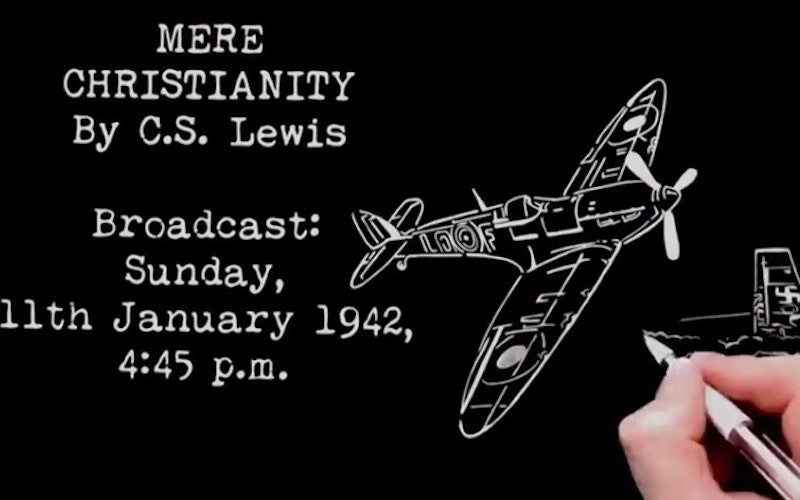