On the potent Punisher, Bridgers launches desperate prayers into a darkening sky.

Standing in the midst of a stone-strewn martian landscape, a glowing skeleton peers into the midnight canvas pricked with distant stars. With all the drama of a Rothko color-field, ominous red contrasts with tranquil blue. The cover of Phoebe Bridgers’s sophomore record, Punisher, would seem quite serious, symbolic even. That is, until you look closer and realize that the ghoul haunting the scene is Bridgers herself—in Halloween pajamas.

The image captures the artist’s posture on the album. Track by track, her lilting voice carries us through gentle dreamscapes filled with despair and doubt toward the contemplation of the infinite and eventually arriving at the end of the world. Yet, as in her recent performance on Saturday Night Live, Bridgers sports an impish grin. As serious as this all may seem, she knows she is the universe’s punchline.

Filled with fear while watching things fall apart, sometimes all you can do is laugh. We tilt our head back, pray to the heavens, and the sky seems like it’s made of brass. We plead with the Infinite to show us the meaning of our puny existence. Faith flickers at the end of its wick; all we can do is grin at the absurdity of our circumstances.

More than anything, Punisher feels like a series of desperate prayers. Overflowing with you language, Bridgers constantly speaks to someone: An abusive father, past or present lovers, ghosts, the universe, God, aliens—or all of them at once. But none of them ever answer. The ineffable You looms just beyond reach.

When God feels distant I do the same. Spout clichés. Make promises. Swear repeatedly that I’m devoted to the cause: Whatever you want me to do, I will do! Anything to be known. Anything to be heard. But it feels like I might as well be “[wishing] hard on a Chinese satellite” (“Chinese Satellite”). No one seems to hear. No one responds. The blipping satellite floats compassionless across the horizon.

Bridgers constantly speaks to someone: An abusive father, past or present lovers, ghosts, the universe, God, aliens—or all of them at once.

In the Gospel of Mark, Jesus’ disciples experience a similar sense of abandonment. Jesus had absconded to the mount of transfiguration. While Peter, James, and John were beholding Christ’s white-hot glory, seeing Moses and Elijah and hearing the voice of God, the rest of the disciples were left down in the valley. The contrast is not unlike Punisher’s cover. The brightness of Jesus’ heavenly power on the high mountain is contrasted with the disciples left below, who are approached by a father whose son is possessed by a violent spirit. Asked to heal the boy, the disciples “could not.”

When Jesus returns from the mountain, the father falls at his feet praying a one-sided song he had probably shouted to the heavens a thousand times: “I do believe; help me overcome my unbelief!” In this moment, the power of Christ descends. The man’s afflicted son is healed. Afterward, Jesus emphasizes the power of prayer to his bewildered disciples. When you feel like your prayers are wasted, pray anyway. Pray when you believe—pray even more when you don’t.

On “Chinese Satellite,” we find Bridgers in the darkness gazing once more into the night sky. Over the low buzz of distortion, she admits the uncertainty throbbing in her chest: “I want to believe / Instead I look at the sky and I feel nothing.” She spills the doubts and shaky hopes of her soul: “You know I hate to be alone / I want to be wrong.” Slowly, a tractor beam of violins draws her into the chilly stratosphere, jettisoning her into interstellar space. The tremor of guitars sends her soaring into the great unknown: “I want to go home . . .”

In an interview with Apple Music, Bridgers admits she’s not a believer. And yet, she holds onto a strange childlike hope: “I want someone to shake me awake in the middle of the night and be like, ‘Come with me. It’s actually totally different than you ever thought.’ That’d be sweet.”

Bridgers brought her SNL performance to a roaring climax with Punisher’s “I Know the End.” Exploring the outer reaches of existence, she “[w]ent looking for a creation myth / Ended up with a pair of cracked lips.” As the song builds, she layers the contrasting ways of interpreting life: “Slot machines / fear of God . . .” Is everything random or is there a divine purpose? Is some Benevolent Power out there or are we hopelessly doomed?

As the end of the world approaches, the strings reach a fever pitch, the trumpet call sounds, and the angelic hosts cry, “The end is here!” But things take a violent turn. The brass section spirals, the chorus’s chant becomes menacing, and Bridgers’s terrifying scream pierces the chaos. The finale is no beatific vision. When everything peters out, the artist is left playfully haunting the empty void alone. Is this the end that awaits us all? Could it really be that there is no Eternal to hear my whispered prayer,“I believe; help my unbelief!”?

Faith is the realization, in the midst of doubt, that I’m the universe’s punchline. When the end is here, I will have nothing left but to laugh at myself for being so faithless. There’s a reason why “I want to belong,” to quote “Chinese Satellite.” Faith is the belief that this human impulse is more than the blipping of a meaningless satellite. It’s a reminder of the nearness of God, even when he feels distant.

Fleet Foxes on the Existential Shore 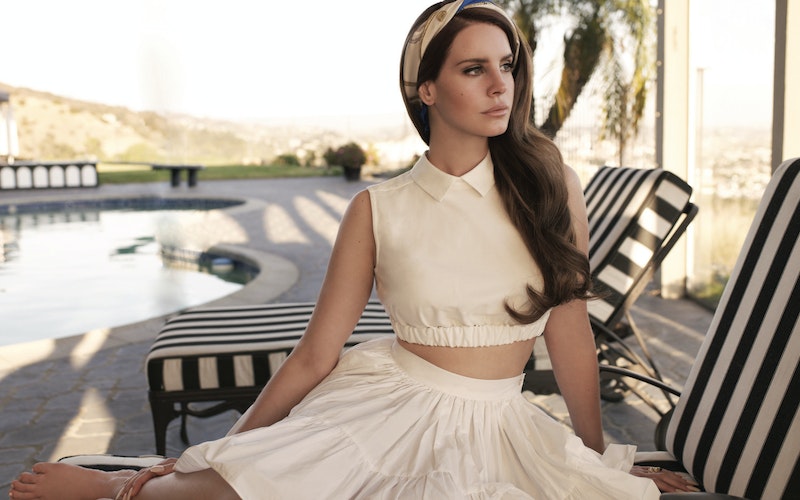