When courts use the vacatur process to expunge the records of sex-trafficking victims, they model the grace God has granted us all.

I recently learned a new word: “vacatur.” A legal term, it describes a court’s discretionary power to set aside a previous judgment, as when a higher court reviews and overturns the ruling of a lower court. It makes sense for Christians to know this word because it also means something far less technical to its beneficiaries. It means “new life.”

An increasing number of states are adopting vacatur laws to help victims of sex trafficking clear their criminal records. NPR reporter Carrie Johnson recently profiled one such victim, a 24-year-old woman manipulated into prostitution in her early teens by a series of abusive pimps, some of whom even tattooed their initials on her body to claim her as their property. For much of her young life, she has known only the stigma of a convicted criminal and she now faces the same difficulties all ex-offenders do: limited housing options, constant rejections from prospective employers, the dismissive cruelty of society at large. But through the volunteer efforts of lawyer-activist Jessica Emerson, a leading voice in the call for justice reform on this matter, she has finally been recognized as a victim in desperate need of community support. Her criminal record has been expunged through the state’s vacatur provision. At last, she has a clean shot at a healthy life.

Her story is illustrative of a difficult reality, one that applies to all crime, but which is especially well exhibited by the sex trade. It’s an unpleasant truth that perpetrators are usually victims, too - victims whose cries are easily suppressed by an adversarial justice system that is institutionally prejudiced against them. Taking action on behalf of the sexually exploited is a laudable start, but I hope Christians will embrace a more comprehensive application, too. There are mentally ill, chemically dependent and morally diseased individuals everywhere whose cries for meaningful treatment and rehabilitation fall on deaf ears. It takes peculiarly burdened advocates to come alongside such as these and to work for a vision of justice that, without exonerating wrongdoing, provides a means for both victims and offenders to forge a better future. For wherever there is crime, there is also brokenness, and those who would seek to remedy it must take their cue from the One who laid aside His own prerogative to punish in order to address the infirmity underneath.

It’s an unpleasant truth that perpetrators are usually victims, too.

Indeed, even when I did not know the word “vacatur,” I was already a beneficiary of its provision. Paul states it plainly: “[God] canceled the record of the charges against us and took it away by nailing it to the cross.” Like Emerson’s client, we are all guilty sinners, but without Christ we are also helplessly in bondage to our sin. Only Jesus’ sacrificial advocacy can secure the annulment of God’s righteous judgment against us, and only that eternal vacatur can grant us the freedom necessary for us to move forward into wholeness. The wonder of the Gospel is that we are all prostitutes when Jesus comes for us. He doesn’t deny our sin, but in His compassion for our infirmity He takes it upon Himself, longing to blot out our former pimps’ initials with His own saving name.

If I’m willing to accept such grace from Him, then I dare not withhold it from another.

Ex-convict and freelance writer Johnathan Kana completed advanced degrees in biblical studies through Liberty Bible College & Seminary and holds a certificate in biblical counseling from Light University. He journals on themes of restorative justice at his blog Redeem Your Time. / Chains image via Shutterstock. 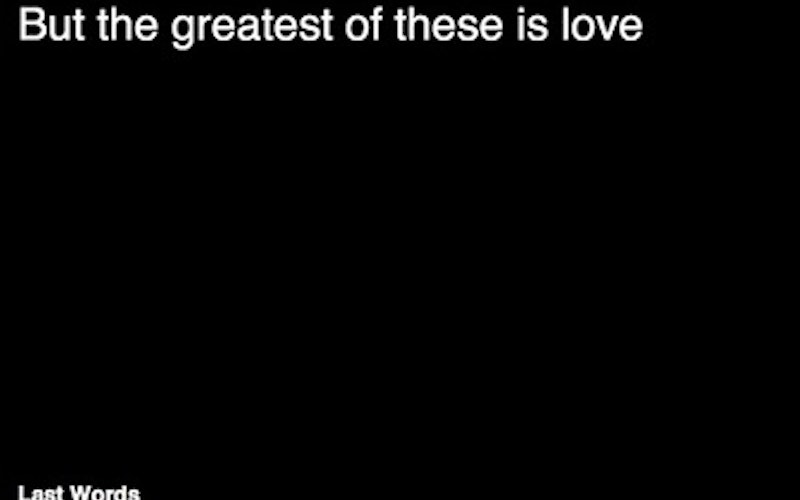