OutKast’s “Ms. Jackson” is as public as apologies come.

A number-one song on a quadruple-platinum album, “Ms. Jackson” avoids the artful dodges celebrities offer at press conferences convened in the harsh light of the morning after. Instead, the hip-hop titans step to the microphone to say “sorry” smoothly, specifically. The song, written after the famous fracture of Andre 3000’s relationship with singer Erykah Badu, documents how such a severing can ripple through the generations of a family, affecting innocent children and other beloved bystanders.

“Ms. Jackson” anchors 2000’s Stankonia, a record which represents the Atlanta duo at its peak powers. Yes, OutKast would rule the world with 2003’s Speakerboxxx/The Love Below, but that release amounts to a bundling of solo records. Stankonia finds Big Boi and Andre 3000 sharing the spotlight, still mutually influencing each other’s creative genius.

Neon synths, glitchy beats, and a slightly stuttered piano prime listeners for Andre 3000’s introduction; his every invocation of the word “mamas” takes on new meaning and hints at hurts that date back and cut deep: “Yeah, this one right here goes out / To all the baby’s mamas’ mamas / Mamas, mamas, baby mamas’ mamas.”

Gliding into the song’s chorus with syrupy charisma, he addresses the mother of his child’s mother. Pleading for understanding, he underlines each word: “I’m sorry, Ms. Jackson / Ooh, I am for real / Never meant to make your daughter cry / I apologize a trillion times.”

That “ooh” does so much heavy lifting. Calling back to gospel music and punctuating the lyric, the syllable covers a multitude of sins, imparting a from-the-hip, from-the-heart authenticity.

From there, he and Big Boi trade verses, modeling very different approaches to navigating this particular type of conflict. Badu testified in an interview with Rap Radar that Big Boi’s more unsympathetic verses pressed further on the “sore spot,” whereas Andre 3000’s rang with truth—and even impressed her mother, who “bought herself a Ms. Jackson license plate.”

Unlike Andre 3000, Big Boi leans into bravado, protecting his pride—and perhaps his heart—at every turn. Referring to his “baby’s drama mama,” he casts a shadow over his ex’s motives. Faithful to his child, he pays for musts but wonders aloud if he’s bankrolling a gratuitous lifestyle. Insisting “I love your mom and everything,” he launches into a litany of complaints. He concludes his final verse with a kiss-off: “And you can go on and get the hell on, you and your mama.”

Every time he re-enters, Andre 3000 blows through the song like fresh air. Unlike his running mate, he digs around the roots of sweet memories and bitter grief. Before pledging to stick by his child for life—“And, yes I will be present on the first day of school and graduation”—he delivers the song’s most heartfelt lyric: “Ms. Jackson, my intentions were good / I wish I could / Become a magician to abracadabra all the sadder / Thoughts of me, thoughts of she, thoughts of he.” Wringing real regret from “could” and “good,” Andre 3000 stretches each word to its limits.

The most public apology in recent music history resembles one at the heart of a perpetual bestseller. In Psalm 51, King David finally reckons with the damage done by his sexual predation of Bathsheba—which results in pregnancy—and the murder of her husband. Instead of doubling down, he learns that apology opens the door to a lifestyle of repentance and restitution.

David expresses awareness of his sin and acknowledges that his choice affects more people than himself and the immediately aggrieved party. Rather than seeking out Bathsheba’s mother, he approaches God, the one he ultimately wronged: “Against you, you only, have I sinned.”

He concedes that only grace—and not his good intentions—can make him clean. Assured that he will be forgiven (“forever, forever ever”), he submits to the process of being remade: “Create in me a clean heart, O God, and renew a steadfast spirit within me.”

The process unfolds before David: healing turns us from something old, toward something new. David commits to guiding other pilgrims around errors and cliff faces, worshipping God—the opposite of sin—with every step. Both soothsaying lyricists recognize a need to transcend mere apology, to make things right, to make others whole. But David alone acknowledges that, before we can make others whole, we must be made whole, our hearts realigned with the desires and delights of God.

In verse 17, David expresses his ultimate hope: God “will not despise” his offering of “a broken spirit, a broken and contrite heart.” Andre 3000 leans on this too. Kneeling at the altar or before Ms. Jackson, the presence of a pliable spirit—willing to listen, to learn, to repair— demonstrates that our confession is remaking us from the inside out.

Saying “I’m sorry” is supremely difficult. Andre 3000 could have defended himself to the bitter end, burning Badu on the permanent record. David could have continued using his social station to avoid revelation and repercussion. But these popular psalms drive home a greater truth: dealing with sin means dealing with ourselves. As we do, divine beams light the way.

Tyler, the Creator’s IGOR and Art as an Act of Service 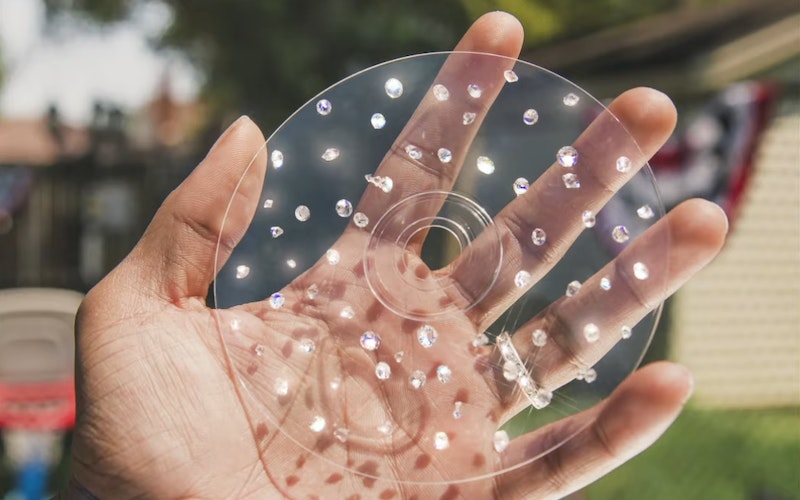