When teams like the NBA's Oklahoma City Thunder offer pre-game prayers, is it a form of worship, witness or showing off?

With the NBA playoffs underway, the Oklahoma City Thunder have garnered attention for more than their stellar play.

As the New York Times reports, the pre-game ritual at Chesapeake Energy Arena includes a prayer of invocation. Although the team asks that the prayer be generic and nondenominational, some who offer the invocation are quite specific. Given that Oklahoma is 73% Protestant and 9% Roman Catholic, it may seem natural that most of these prayers would be offered by Christians. But how should Christians approach such an opportunity? In this context, is public prayer an act of worship and witness, or just Pharisaical showiness?

The practice of invocation is perilous. If prayer simply affirms and confirms everything that happens in an NBA arena, that’s a problem. If we set an invocation alongside other rituals, including the national anthem and all-pervasive marketing and corporate sponsorship, Christians may become complacent toward the idols of nationalism and consumerism. Further, if prayer becomes nothing more than a marketing tool, that’s a problem. Christians need to be aware that team owners can and do cater to all demographics. This is not inherently wrong, but it means we should not be naive about potential motives (nor should we be thoroughly cynical either). Finally, if we pray to a generic god of all religions, we are praying to a peculiarly modern idol that is usually invoked for the sake of rubber-stamping our activities, not for bringing forth judgment and redemption.

The practice of invocation is perilous.

The opening invocation, however, holds some promise. It can be a way of affirming that a sense of the divine can be seen and cultivated in the beauty and goodness of sport. When I was younger, I had a poster of Michael Jordan suspended in flight halfway between the free throw line and the basket. I mimicked Jordan’s fall-away jumper in my driveway for countless hours. Although I never reflected theologically on my devotion to Jordan, Charles Williams provides a helpful framework for doing so: “Any occupation exercising itself with passion, with self-oblivion, with devotion, towards an end other than itself, is a gateway to divine things.” In other words, anything good can be a gateway to the one true Good – God. Although, in our sin, we are constantly investing finite good things with the value that should be reserved for the one true infinite Good.

Williams goes on to mention not only the rapture of romance, but also the beauty seen in sports. So when commentators even today talk about Jordan as an icon, they may be saying more than they know (even if Jordan himself is driven by less-than-pure motives). I learned to love basketball because of Jordan in flight, Magic’s no-look passes and Larry Bird’s seemingly effortless ability to score. When we watch Kevin Durant draining jumper after jumper, the unstoppable force that is LeBron James and the day-in, day-out, year-in, year-out consistency of Tim Duncan, could it be that we are, as Williams puts it, “worshippers in the hidden temples of our Lord?”

This is affirmed by the doxology of likely NBA Most Valuable Player Kevin Durant, who acknowledges the Giver of all good gifts, the One in whom all athletes live and move and have their being. So as we dive into the NBA playoffs, let’s pause for a moment to give thanks. If the stars of the NBA constellation reveal the glory of God, an invocation may be one small way to draw attention to the fact that we are all witnesses of God’s divine power and nature, whether we acknowledge it or not.

Branson Parler is Associate Professor of Theological Studies at Kuyper College and author of Things Hold Together: John Howard Yoder's Trinitarian Theology of Culture. You can visit his website at www.bransonparler.com. / Photo courtesy of Richard A. Rowe/OKC Thunder, with illustration by Jerod Clark. 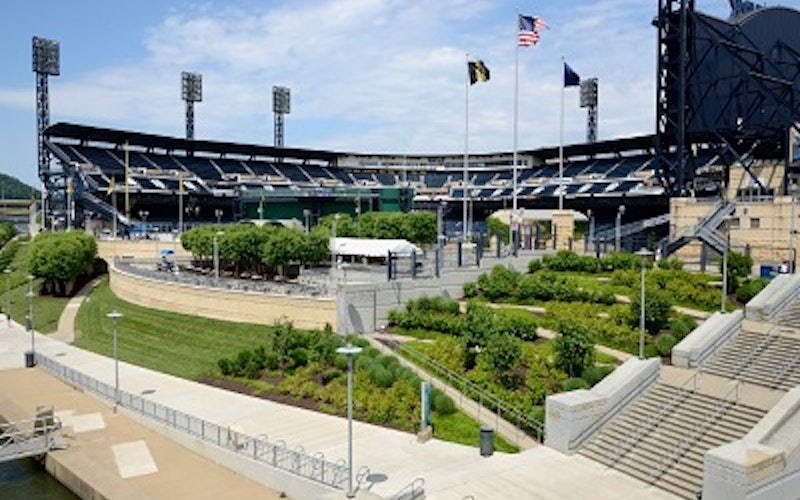