A horror-noir from Guillermo del Toro, Nightmare Alley offers a bleak illustration of our need for divine grace.

There are a couple of ways movies can depict our need for grace, empathy, and forgiveness. One is to show us those ideas in action. Another is to depict a world devoid of them. Guillermo del Toro’s Nightmare Alley conjures the latter, to chilling results.

Del Toro’s adaptation of William Lindsay Gresham’s novel paints a dark picture of sin and guilt. Everything in the film’s world is a grift, including the lies characters tell themselves to feel better about their own transgressions. Of course, sooner or later, every grift has a consequence—and the many marks of Nightmare Alley feel that fallout deeply.

The film tells the cautionary tale of Stanton Carlisle (Bradley Cooper), a drifter who finds work at a carnival. There he meets mentalist performers Zeena (Toni Collette) and Pete (David Strathairn). Stan steals their techniques and leaves the carnival to start his own act, taking along fellow carny Molly (Rooney Mara) as his assistant.

Stan makes a name for himself, but meets his match in femme fatale psychiatrist Dr. Lilith Ritter (Cate Blanchett). Stan and Lilith team up, using her wealthy clients’ secrets to accentuate his private consultations with them. An encounter with emotionally volatile businessman Ezra Grindle (Richard Jenkins), however, threatens not only Stan’s enterprise, but his life.

The characters of Nightmare Alley warn us what can happen when we seek to absolve ourselves of our sins through flawed worldly efforts, rather than seeking forgiveness. 1 John 1 reminds us if we confess our sins to God, divine grace relieves the burden of our guilt. Rather than seek that release, del Toro’s characters try (and fail) to rationalize their wrongdoing. (Spoilers ahead.)

The sin haunting Stan is the death of his father, which Stan intentionally hastened. Immediately before joining the carnival, Stan disposes of his father’s body by dumping it under the floorboards and burning down his house. Stan tries to repress this memory, but external and internal triggers bring it back to the forefront. Often these reminders take shape in Stan’s surreal dreams—in which he sits in an armchair as the house burns around him—or in the invading memories of his father’s dying coughs.

Everything in the film’s world is a grift, including the lies characters tell themselves to feel better about their own transgressions.

A key moment occurs when Stan searches for the carnival’s escaped geek, a drunk who’s been tortured into displaying animalistic behavior for the promise of booze and food scraps. The geek hides in the carnival’s fun house, an eerie, dimly lit attraction called “the house of damnation.” Del Toro has long displayed a fantastical “cabinet of curiosities” aesthetic in his work, from early films like The Devil’s Backbone to Hellboy and Pan’s Labyrinth. The fun house in Nightmare Alley takes that aesthetic to the extreme. As he enters, Stan encounters a mirror framed in ornate, hand-painted lettering with the message “take a look at yourself, sinner.” This is followed by a wall of swiveling wooden eyeballs that stare straight at him, the words “examine your life” painted above, and later a massive mechanical door shaped like the gaping jaws of Satan. It’s as if Stan is about to enter hell itself.

Nightmare Alley’s other haunted character is Jenkins’ Ezra Grindle, who hires Stan to conjure the spirit of his dead lover, Dorrie. Ezra is responsible for Dorrie’s death, but rather than admit it, he’s pushed that truth down. He builds a massive garden dedicated to Dorrie on his estate and works out his anger at himself by continuing to abuse other women. After Stan performs a session with Ezra dredging up his past actions, Ezra snaps at him, “It’s time that you delivered to me something other than guilt. I’m tired of hearing this endless . . . recitation of what I did.”

Ezra wants to see Dorrie again because he needs closure. He wants to be absolved. But rather than seek forgiveness for what he’s done to Dorrie and other women, Ezra puts his faith in Stan’s con artistry. Confessing, after all, might ruin his reputation, not to mention his pride. When Stan recruits Molly to impersonate Dorrie’s ghost, Ezra is moved at first. When he realizes what’s really happening, however, his emotion curdles into anger and violence. What he believed was the chance to be free from his guilt was just another con.

Earlier in Nightmare Alley, Pete, the alcoholic carny mentalist, tells Stan, “People are desperate to tell you who they are.” Underneath all the suppressed guilt and cynicism, there’s a suggestion that Stan and Ezra do want to be fully seen and loved. Pete suggests Stan’s gift for reading people is a leftover survival mechanism from his abusive childhood. Ezra thinks resurrecting Dorrie’s ghost will bring forth some benevolent spirit whose love will purge him of his darker impulses.

God sees us and knows us fully, answering that desire to be loved for (or, perhaps, in spite of) who we are and what we have done. Accepting divine love requires us to be honest with ourselves. As John tells us, “If we claim to be without sin, we deceive ourselves and the truth is not in us.” The characters in Nightmare Alley run from such self-honesty—and the grace that comes with it. Stan kills Ezra during his violent outburst and ends up on the run once again. The end of the film finds him at another carnival, accepting the only job a desperate man can get: that of the geek.

It’s possible to see Nightmare Alley as a pitch-black take on the world, perceiving it as a place of great pain where people are only capable of hurting each other. It’s also possible, however, to read it as a cautionary parable. If we avoid addressing the hurt we cause each other and fail to actively atone for our actions, we risk becoming bitter, angry, and self-serving. If, however, we humble ourselves to God’s law, we’ll be met with grace and peace. 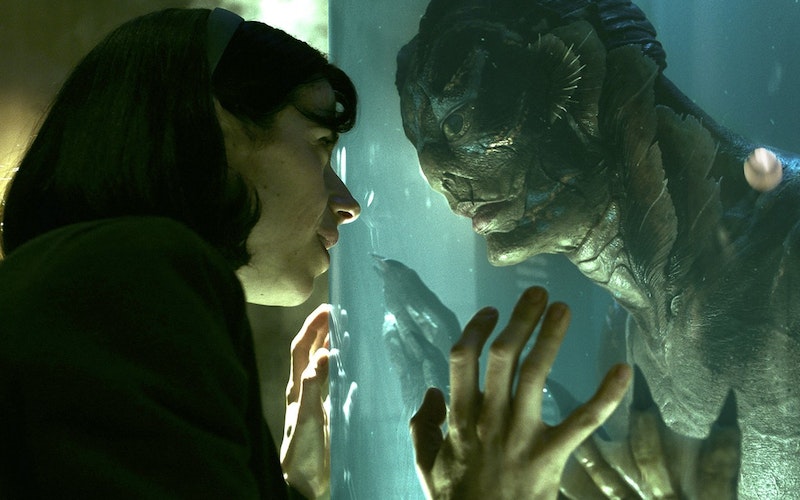 Seeking the Kingdom at the 2018 Oscars

Shyamalan’s Old and Aging as Christians