Detractors of The Revenant have dismissed the survival drama as a simplistic tale of revenge, but that ignores the film's attention to mercy.

Detractors of The Revenant have dismissed the brutal, bruising survival drama as a simplistic tale of revenge. I’m a defender of the film — it took the No. 7 slot on my 2015 top ten list — partly because I think the revenge elements are a bit of a red herring. What resonated most for me while watching The Revenant, even if it was in short supply, was the movie’s vision of mercy.

Set in the wilderness of 1820s America, The Revenant stars Leonardo DiCaprio as Hugh Glass, a tracker for a fur-trading party. After being mauled by a bear and severely wounded, Glass is betrayed by a fellow trapper (Tom Hardy) who is assigned to protect him but instead leaves him for dead. This act occurs fairly early on, so that the majority of the 156-minute film chronicles Glass’ improbable survival and trek back to civilization, all in hopes of enacting vengeance.

For all the suffering and cruelty on display — and the movie, directed by Alejandro González Iñárritu, is intensely attuned to pain, from the wounds Glass suffers to the savagery his compatriots inflict on Native Americans — The Revenant carves out small spaces for gestures of mercy. Passing through a massacred Native American village, where corpses lie rotting among rooting pigs, a young trader notices a traumatized woman peeking out of a hut. Rather than alert his companion, he gently places a parcel of meat within her reach. Later, in his woeful wanderings, Glass comes across a lone Native American scavenging from the corpse of a buffalo that had been downed by wolves. In a reverse gesture, the scavenger tosses a hunk of bloody muscle Glass’ way.

God’s mercy is offered in the face of agony, in response to nothing less than paradise lost.

Other times in the film, the presence of benevolence is as simple as a slender creek stubbornly flowing between two frozen, snowy banks, providing Glass with refreshment. If this detail stuck with me, it’s because of something Thomas Merton once wrote: “There is not a flower that opens, not a seed that falls into the ground, and not an ear of wheat that nods on the end of its stalk in the wind that does not preach and proclaim the greatness and the mercy of God to the whole world.” The Revenant, whose scenery is captured by master cinematographer Emmanuel Lubezki, throbs with this sort of ecological witness, even as scenes like the bear attack acknowledge nature’s apparent indifference to the men traversing the frigid landscape.

Divine benevolence has another quality, one that is directly related to the preponderance of suffering in The Revenant. So often, God’s mercy is offered in the face of agony, in response to nothing less than paradise lost. If The Revenant overemphasizes anguish, if it spends much time in the existential dark, that only allows the minor moments of mercy to shine more brightly. This may, in fact, be why the Bible itself makes so much space for suffering. The affliction that God’s people endure, whether by their own actions or by being part of a broken world, puts three things in sharp relief: our state of sin, our need for rescue and our gratitude when God’s mercy unexpectedly, joyously, improbably comes streaming our way.

There is another moment in The Revenant that surprised me with joy. After Glass and the Native American voraciously devour their meal of raw buffalo meat, they rest beneath a small, scraggly tree, unable to understand each other but grateful for the company nonetheless. It begins to snow, and like children they stick out their tongues, trying to catch the falling flakes. It isn’t communion, exactly, but it’s certainly communal — two men expressing thankfulness for being spared, for being alive, against all odds. In a hardened wilderness that seems bent on killing them, under a societal structure built upon marauding and murder, it’s a small sip of God’s mercy — not the supposed sweetness of revenge — that brings a smile to Glass’ face. 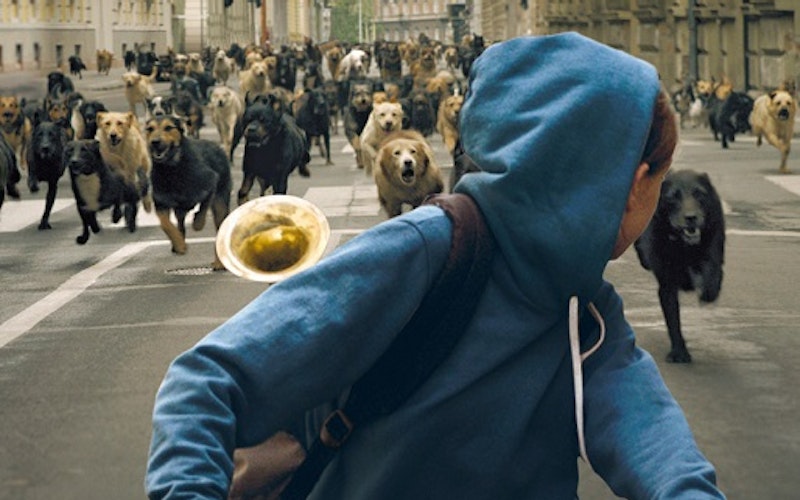 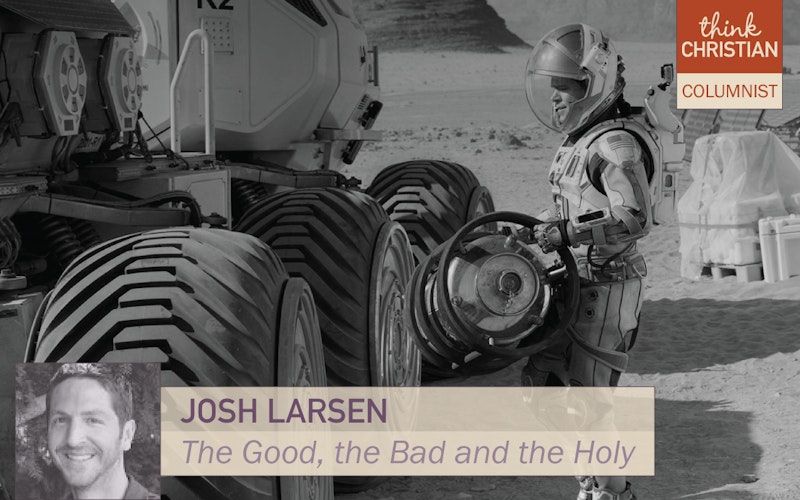 The practical salvation of The Martian