Running is one of the worst things ever invented. It is such a bad thing that judged on its own demerits, running must be deemed to be a powerful argument against the existence of God (after all, some philosophers claim evil things as evidence there is no God). This must be why God deigned to add grace, so that we might "run and not grow weary."

I say this as someone who, in the words of bluesman Willie Dixon, was “built for comfort” and “not for speed.” The problem of running, at its core, is that it is hard. It tires you out. It makes your lungs ache, your body sore and drains away at your mental resolve with every stride. I’m speaking here of running for its own sake, since running only really becomes acceptable when done for some other good purpose, like tackling a running back or making a layup on a fast break. In these cases running is a necessary evil. Some of the best sports, in fact, are those like golf that don’t require any running at all.

St. Francis of Assisi famously called his body “Brother Ass,” a balky, troublesome thing that represented a drag, shall we say, on his spiritual development, an impediment and a constant temptation to slothfulness. There’s a certain inertia that attaches to bodily life in this world, a tendency that makes us want to rest and be comfortable. Running is decidedly uncomfortable.

It is the difficulty of running that is perhaps what makes it such a good image of the Christian life.

And it is the difficulty of running that is perhaps what makes it such a good image of the Christian life. Although there aren’t any accounts in the Bible about Jesus running, the Scriptures are replete with the imagery of running. Foremost, perhaps, might be the line from Isaiah quoted above about the blessings promised ­to those who look to the Lord for deliverance: “They will soar on wings like eagles; they will run and not grow weary, they will walk and not be faint.” And then there’s the Apostle Paul, looking back on his life after the revelatory encounter with Jesus on the road to Damascus, concluding that he has “finished the race.” In both cases the trouble associated with running is foremost: the weariness, the obstacles and in Paul’s case, especially, the extent to which, in Jesus’ words, “how much he must suffer for my name.”

In this way running really is a form, albeit a mundane one, of suffering. It represents a sign of the Christian call to sanctification, of putting to death the desires of the flesh. Many Christians pledge to abstain from something during the Lenten season as a way of living out in some tangible way the “dying to self” that is part and parcel of the Christian life. In this sense running can be a kind of ascetic practice, designed to discipline our bodies and our souls and orient the path of our life toward eternal rest in Christ.

There’s one other Biblical image of running that relates closely to this idea, and it’s that of Joseph fleeing from Potiphar’s wife in Genesis: “She caught him by his cloak and said, ‘Come to bed with me!’ But he left his cloak in her hand and ran out of the house.” The Heidelberg Catechism describes the “dying-away of the old self” as being “genuinely sorry for sin,” causing us to “more and more hate and run away” from sin.

Running is a terrible thing, unless it is sin that you are running away from. This Lenten season let us run away from sin, as Joseph did, pray for the grace to persevere to the end of the race, as Paul did, and take comfort in God, who through the empowering presence of the Holy Spirit, “makes both us and you stand firm in Christ.” 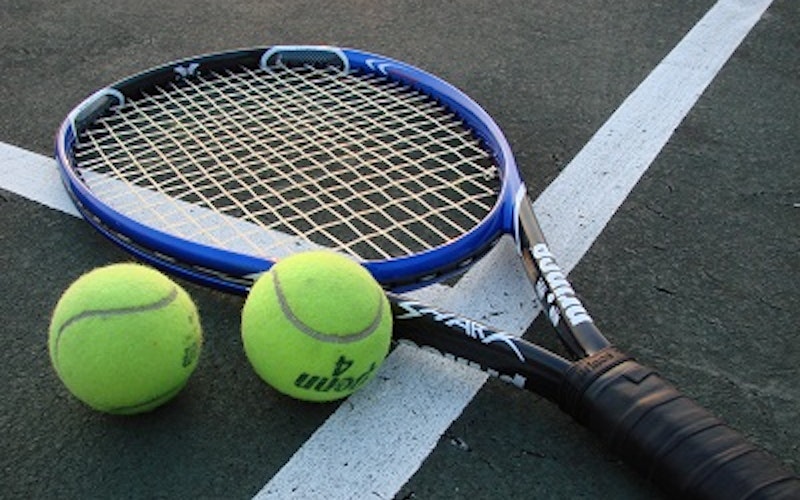