In Volume 6 of the anime series, a wounded character learns to trust in more than her own prowess.

“Don’t let anyone else die!”

This is the instruction Ruby Rose gives her team as they charge into battle in “Argus Limited,” the premiere episode of the current season of the Internet anime series RWBY. Pronounced “ruby” and created by Rooster Teeth, the show has become a sensation since it began in 2013. Although Ruby’s admonition to her teammates refers to the death of a one-off character, it also reminds longtime fans of the tragic character deaths that occurred in previous seasons. The effects of those past losses are evident in this opening battle of Volume 6, shown by the remaining characters’ determination to protect the innocent and each other.

RWBY began as the story of teenagers training to slay monsters, but it’s also become a coming-of-age tale that shows characters grappling with grief, fear, betrayal, and other familiar, real-world challenges. Although some characters in media are popular for their near-invincible powers, RWBY purposely shows that its characters are breakable, despite their fantastic abilities.

Yang Xiao Long, one of the four women on team RWBY, started out as arguably the most “unbreakable” character in the show. A thrill-seeking, heavy-hitting warrior, Yang always charged headlong into a fight, confident she could win with her fists and her powerful Ember Celica weapons, which fit on each of Yang’s forearms.

Then, in a Volume 3 episode, Yang meets an enemy who doesn’t fall when she charges him. Her devastating punch never lands and, with a single swipe of her enemy’s sword, Yang loses her right arm. The world slows and the scene fades to only black, gray, red, and yellow as Yang’s arm falls away from her body, changing her from mighty to broken in a single moment. Following this tragedy, Yang returns home to recover, struggling to adapt, unsure how to deal with the realization that she’s not invincible.

It’s a reality check to which we can all relate, including Christians. One day, our faith feels unshakable. Then an unexpected challenge or loss blindsides us, forcing us to question everything we thought we knew about God and ourselves. For a time, we no longer approach situations with the same confidence because we’ve learned life can hurt, even as believers.

Following the crucifixion, Jesus’ disciples hid “with the doors locked for fear of the Jewish leaders.” Not only were they afraid for their lives, but their confidence in Jesus hung by a thread. They’d expected the Messiah to defeat their enemies, but instead Jesus had been “crucified in weakness.”

The disciples expected God’s victory to look like Yang’s successes in combat. They wanted Jesus to conquer through flesh-and-blood battle. Instead, his victory began in the Garden of Gethsemane, where Jesus submitted to the Father’s will even though he was in agony and “his sweat was like drops of blood falling to the ground.”

One day, our faith feels unshakable. Then an unexpected challenge or loss blindsides us.

Though our trials aren’t as great as the cross, we gain victory the same way Jesus did: by saying “yes” to God and obeying even when his way is hard. It’s tempting to think God can’t use us if we’re weak and afraid. The truth is, the heroes of the Bible were in the same boat. Moses was so nervous he asked God to send someone else. Esther feared petitioning King Xerxes because it endangered her life. Gideon “did as the Lord told him. But because he was afraid of his family and the townspeople, he did it at night.”

We often don’t remember the fears and challenges of biblical characters. We remember the mighty deeds God performed through them. God wasn’t surprised by their frailty. And he isn’t surprised by ours. He knows that he’s more than enough to make up for it—“‘my power is made perfect in weakness’”—if we follow him.

After losing her arm, Yang discovers what the disciples eventually learned: being effective depends on a choice, not on invincibility. With the help of a prosthetic arm, Yang leaves home and returns to help her team, choosing to do the right thing even though she’s feels weak and afraid.

In last season’s final episode, Yang confronts her mother, Raven, who abandoned Yang as a child. Yang had to detach her prosthetic arm during the preceding battle, so when she faces Raven, it’s with the symbol of her weakness—her missing arm—fully revealed. Raven boasts of her own strength and mocks Yang for her fearful trembling. But Yang doesn’t back down. Instead, she points out that Raven’s “strength” means taking the easy and selfish way out of a problem. Yang tells her, “You might be powerful, but that doesn’t make you strong. ...Yeah. I’m scared. But I’m still standing here. I’m not like you. I won’t run.” One shot frames Yang and Raven face-to-face, the impressive weapon at Raven’s left hip juxtaposed with the missing arm on Yang’s right side. But the bold look on Yang’s face, as opposed to the defeated look on Raven’s, shows Yang has found true strength in her weakness.

Courage has been defined as “the ability to do something that frightens one.” Yang wasn’t truly courageous until she acted in spite of fear and from a position of weakness. The same is true of us. Trembling while doing God’s will isn’t a sign of weakness; it shows we value God more than our fear.

The current season of RWBY, Volume 6, begins with Yang fighting fearsome monsters side by side with her teammates, just as she did before losing her arm. Yang’s trials left her “struck down, but not destroyed.” As Christians, that is our privilege as well. No matter our own fear or frailty, if we trust God, we can face life knowing he is always enough. 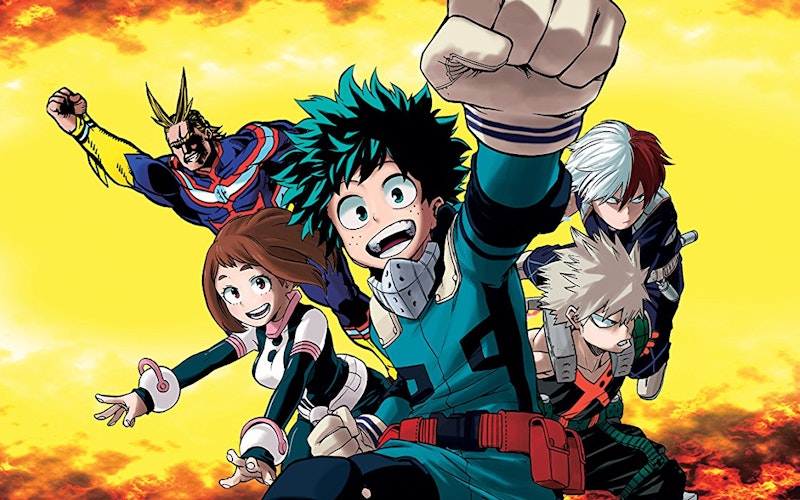 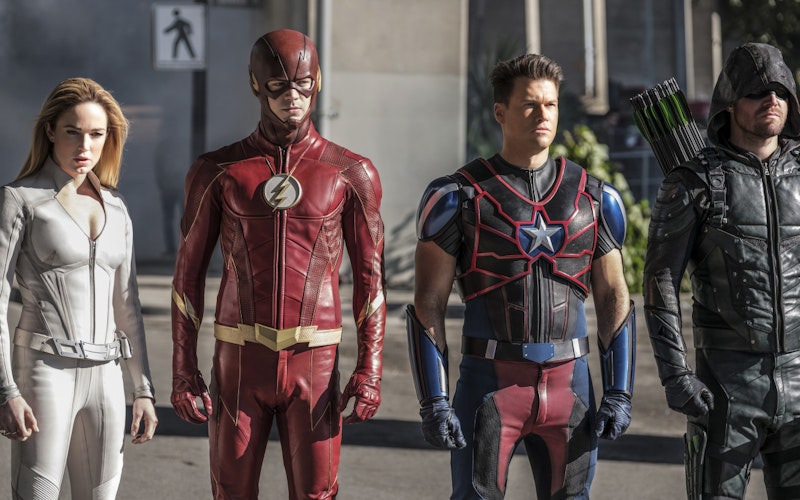