It’s been five years since Sara Bareilles released a proper pop record. A lot has happened in that time, for her and the rest of us. Bareilles moved from Billboard to Broadway, first as the composer and eventually a cast member on the hit musical Waitress. She also took a stab at a short-run version of The Little Mermaid and played Mary Magdalene—opposite John Legend’s Jesus—on NBC’s Jesus Christ Superstar: Live in Concert. Meanwhile, the world at large seems to have careened into a different kind of cultural upheaval.

For an artist who has talked openly about struggling with a near-crippling fear of letting people down, these risky career moves seem to have worked like some kind of exposure therapy. On Amidst the Chaos, Bareilles emerges as a sophisticated, nuanced, and confident artist with a calming presence and a mentoring spirit. A dozen years ago she told the music industry she wasn’t going to write them a “love song” just because they asked her to. Now, when we desperately do need some love songs, that’s exactly what she’s delivered. And fortunately for us, with the advantage of some years, some wisdom, and some excellent collaborators, she has a few biblically resonant things to say about what love actually is.

Amidst the Chaos is clearly designed to act as a balm for troubled hearts. Without the slightest hint of wallowing, narcissism, or whining, Bareilles reveals her own personal emotional experiences in a way that is sure to create harmonic resonance. The set opens with a mid-tempo tune called “Fire” that immediately establishes a boundary line. With a tribal groove, warm instrumentation that places Bareilles’ piano far back in the mix, and fantastically arranged harmonies, the singer insists that though she knows real love is possible, once something has been shown to be less than that, it’s best to kick it to the curb. That uber-confident track is immediately followed by a mournful ballad that ponders, after such a break-up, if we ever really “get over” those we love, or just move on.

The rest of the tracks live between those bookends. Yes, there is such a thing as selfless, dignified, even holy love. Everything else is a distraction—or worse, a disease. Will we have the courage to recognize the lies as such, or will our hunger for affection and fear of the chaos cause us to settle for unhealthy relationships?

Bareilles has some biblically resonant things to say about what love actually is.

Not that this record is a downer. Far from it. “Armor” is an upbeat, spirited, salty romp that starts with a legitimate theological question about Adam, Eve, and original sin, suggesting the way we interpret our origin story may either provide continued justification for the subjugation of women (“How the hell did Eve get all the damn blame?”) or a pathway to deliverance. “If I Can’t Have You” has enough retro 1960s soul to swing without being kitschy. I wouldn’t have even recognized that it was a valentine to the Obamas and the sense of decency they brought to the White House if I hadn’t read about it in an interview. It’s another example of the deft way in which Bareilles accomplishes more by saying less. Instead of writing a blatantly political song, she instead turns it into a love song. Brilliant.

In the character-driven “Eyes On You” we are given what may be the central homily of the entire project. “Life, it gets louder now / Can’t stop it / Won’t slow down / Lost in this / All I can do / Is keep my eyes on you.” Although there’s never any specific confirmation about who the “you” might be, the repeated chorus of “I keep my eyes on the horizon” makes me think of Psalm 121: “I lift my eyes to the mountains – where does my help come from? My help comes from the Lord, the Maker of heaven and earth.”

“Wicked Love” is a fantastic and ecclesiastical look at toxic, addictive love, while “Saint Honesty” is a slow blues burner that issues a sort of prayer that eyes would be opened to what’s actually happening. “Rain on us Saint Honesty,” she pleads. “Salvation is coming in the morning, and now what we need is a little rain on our face from you.”

But the real kicker comes right at the end, when John Legend (arguably still in character from the NBC musical) shows up for a breathtaking ballad from the perspective of desperate refugees leaving every worldly possession behind and getting into a boat in hope that they will find “A Safe Place To Land.” Talk about a reality check! How chaotic is my life, really, compared to the desperation faced by so many in this world?

The ocean is wild and over your head

And the boat beneath you is sinking

Don’t need room for your bags

Hope is all that you have

So say the Lord’s Prayer twice, hold your babies tight

Surely someone will reach out a hand

And show you a safe place to land

The song then shifts, delicately, to a graceful admonition to those of us on the shore:

Be the hand of a hopeful stranger

Be the light in the dark of this danger

’Til the sun comes up

Amidst the Chaos, given a rich and earthy touch by legendary producer T Bone Burnett, offers a reminder straight from Scripture: The peace we seek in the midst of our storms will most likely come as we offer peace to others. 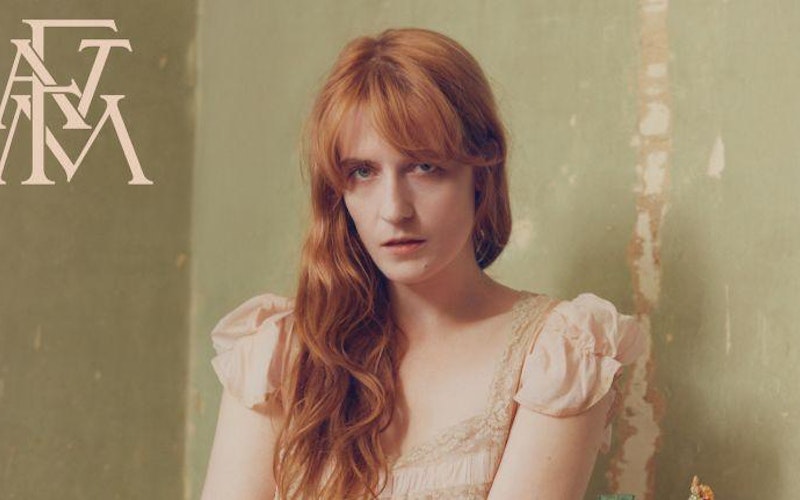 Florence + The Machine: Looking for Hope in Confession