This dramatization of the 2009 police killing of Oscar Grant prioritizes one thing: Grant's humanity, and the glimmer of God seen in it.

Any Christian pursuit of justice has as its foundation the understanding that we are, despite our flaws, created in the image of God. Any confrontation of wrongdoing that has been committed against a fellow human being starts here.

Fruitvale Station - a dramatization of the last day in the life of Oscar Grant, who was shot and killed in 2009 by transit police in Oakland, Calif. - functions as just this sort of building block. Rather than offering an angry harangue on racial profiling or a clinical procedural on the details of the case (both of which would be legitimate artistic responses), first-time writer-director Ryan Coogler offers something quieter, simpler, more elemental. By letting us live with Grant (Michael B. Jordan) for 24, mostly uneventful hours, experiencing his kindness, his anger, his missteps and his nobility, the movie captures one crucial thing: Grant's humanity, and the glimmer of God seen in it.

Yes, this is even true of someone like Oscar, who has served time in jail and still deals marijuana. Yet he’s also a doting dad to his young daughter (Ariana Neal) and an affectionate, thoughtful son to his mom (Octavia Spencer). What’s remarkable about Jordan’s performance is not only that he makes room for these contradictions, but that he frequently allows them to live within the same scene. At one point Oscar stops by the grocery store where he was recently fired in hopes of winning his job back. He’s charming and flirty with a shopper who needs help trying to decide what to buy for a Southern-style fish fry, even calling his grandmother to give the shopper advice. In the midst of that conversation, though, he pulls aside his former manager and demands to be rehired. When he’s rebuffed, he turns threatening and instinctively grabs the manager by the arm. In a matter of moments, Oscar has gone from angel to hood.

As we all do, to different degrees. In a brief Think Christian post from a few years ago, Nathan Bierma compared the Biblical source of the term imago dei with Daniel Migliore’s description of it in Faith Seeking Understanding. Migliore is worth quoting at length:

We human beings are a mystery to ourselves. We are rational and irrational, civilized and savage, capable of deep friendship and murderous hostility, free and in bondage, the pinnacle of creation and its greatest danger. We are Rembrandt and Hitler, Mozart and Stalin, Antigone and Lady Macbeth, Ruth and Jezebel. “What a work of art,” Shakespeare says of humanity. “We are dangerous,” says Arthur Miller in After the Fall. “We meet … not in some garden of wax fruit and painted leaves that lies East of Eden, but after, after the Fall, after many, many deaths.” The Bible and Christian theology give expression to this mystery of the dignity and the danger of human beings in three related affirmations: we are created in the image of God; we are sinners who deny and distort our created being; and we are forgiven sinners, enabled by God’s grace to begin life anew in faith, to serve as Christ’s disciples in love, and to move in hope toward the promised fulfillment of life in the coming reign of God.”

It is the first and third of those affirmations, especially, that are clear in Fruitvale Station. While never proclaiming that Oscar Grant was a saint, the movie asks us to see both his creational glory and his hope of a new life. (Midway through the day, he takes out a bag of marijuana he was going to sell and dumps it into the bay.) As the movie’s clock finally ticks down to Oscar’s final moments, we realize that this killing of an unarmed and unthreatening 22-year-old was nothing less than a violation of God’s creation and his grace. 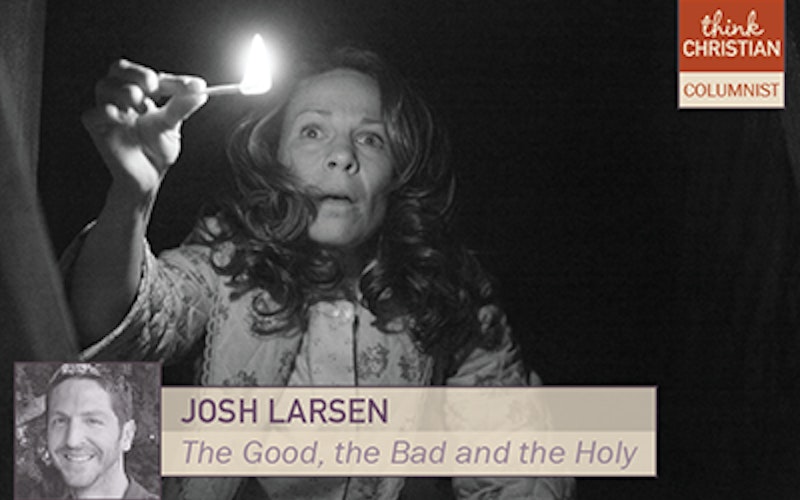