The new animated series offers a lesson in meekness — for Star Wars fans and Christians alike.

When a new Star Wars show hits screens, fans wait with baited breath to see if it will be too similar to previous entries in the franchise (“Boring. Can’t they do anything new?”) or too different (“Is this even Star Wars?”). We’re a difficult group to please, and sometimes downright belligerent. When I see the hateful treatment of actress Kelly Marie Tran, who played Rose Tico in The Last Jedi, for example, it makes me ashamed to call myself a Star Wars fan.

Into this contentious arena comes Star Wars Resistance, which began airing in October. The animated series tries to do something new while linking back to the old. Its overconfident young pilot, Kazuda Xiono (voiced by Christopher Sean), reminds me of another cocky captain, though Kaz is more starry-eyed than his smooth-talking predecessor.

In the pilot episode, Kaz jumps at the chance to work with renowned flier Poe Dameron (Oscar Isaac, voicing the same role he played in The Last Jedi) and becomes a spy for the Resistance on a tanker fuel depot called the Colossus. When an alien overhears his desire to be “the best starfighter in the galaxy” and spreads word across the Colossus that Kaz is the best starfighter, Kaz is challenged to a race so he can put his money where his mouth is.

Like the aforementioned Han Solo, Kaz is confident he can win against an ace pilot he’s never faced, flying a course he’s never flown, piloting a ship named the Fireball because of its tendency to explode. We all know where this is going. As my favorite IT professional would put it, he’d better prepare to put mustard on those words, for he will soon be consuming them along with a slice of humble pie that comes direct from the oven of shame set at gas mark “egg on your face.”

In the literal heat of the moment, Kaz must choose between humility or likely death. Yeager (Scott Lawrence), a wiser, older character, warns him not to push the Fireball’s engines too far, even if it means losing the race. But Kaz is so intent on winning, he waits a bit too long to listen to the mentor’s advice.

“I know what I’m doing!” he declares, even as the ship’s wings dangerously spark with electricity. “You have a choice, Kaz,” Yeager replies. “You can push the engine and die, or live to start your mission.”

Kaz listens, pulling back and losing the race, though not soon enough. The Fireball lives up to its name and sends him careening into the ocean, the fire eating away at the wings, perhaps a representation of his pride. But Kaz survives the fall, learning a valuable lesson about humility that I think Star Wars fans could also heed.

Star Wars fans are a difficult group to please, and sometimes downright belligerent.

The disciples were asking the wrong question, and Jesus gently points them in the right direction. His example of a child represents a teachability, a willingness to learn, grow, and respect others, qualities that many adults eschew in favor of superiority. And he goes even further by directing the disciples to welcome children—those the disciples may think of as less wise than themselves.

We have the tendency to miss the mark of humility in one of two ways. Like many Star Wars fans, Kaz, and Christ’s disciples, we may fall into the trap of arrogance, thinking we are inherently better than others. Or we wander too far to the other side of the spectrum and start putting ourselves down, in a form of humility gone awry.

“Our quest for humility makes us pretend we don’t have strengths—to be ashamed of what we do well,” writes Mike McHargue, author of Finding God in the Waves. “Pretending you don’t have strengths leads to low self-worth, and doesn’t actually help us be humble.”

Humility doesn’t mean thinking we are worthless. Low self-worth is not a strength. When we don’t acknowledge what we do well, we may be restricting our ability to do great things in Christ’s name. Kaz is a good pilot; losing a race doesn’t nullify that, though the experience pointed out his overconfidence. It’s acknowledging our weaknesses and our strengths—and our ability to accept growth and change—that allows us to mirror the childlike humility Christ highlights.

What’s more, we can love each other better if we understand what humility is and follow Christ’s example. We can take the golden rule—to treat others as we’d like to be treated—one step further, treating others as God treats us all: with incredible grace. In Star Wars Resistance, it is humility that sets Yeager apart. If a similar humility was the first thing that came to mind when people thought of Star Wars fans or Christians, I’d be much happier about associating myself with both groups. 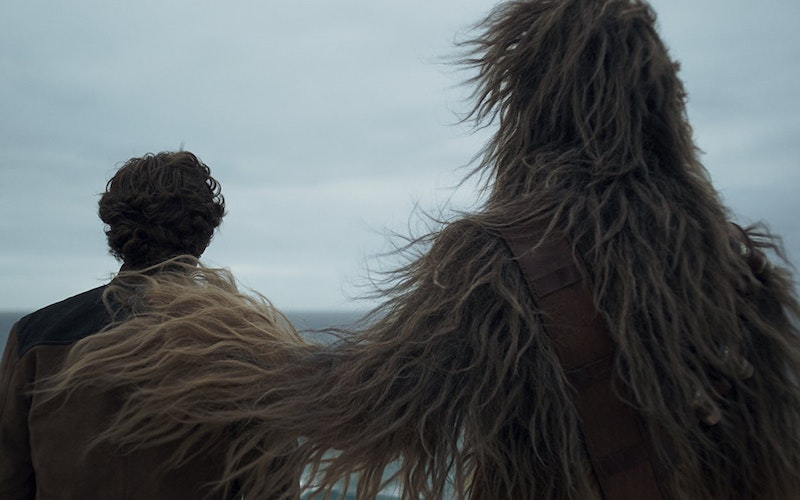