Under the cloud of misplaced hype, one of the most important bands in the history of rock released one of their most vulnerable and deeply spiritual records. Songs of Innocence may have been born under less than ideal conditions, but to miss this level of artistry would be a shame. Besides, you already have it on your phone. Give it a spin.

Jack White returned this year with yet another slice of his wonderfully tweaked blues-based rock and roll. Lazaretto is everything you could want from a Jack White joint, unless you’ve grown weary of his manic determination to represent the roots of American rock music. His lyrics are as cryptic and oddly narrative as ever, though with even deeper connections to his Catholic roots.

This is Adams at his sober, fulfilled and yet still hungry best. The production is lean and powerful and Adams' voice is insistent and direct. Innovation can sometimes be a tool used by artists to disguise their inability to deliver what audiences want. Adams doesn’t bother to innovate here. He settles for Americana rock precision and knocks this one out of the park. “Gimme Something Good” is his prayer and mine.

Tom Petty may not get on the radio with his new songs the way he did in previous decades, but Hypnotic Eye is a barnburner nonetheless. Petty is defiant, encouraging, humorous and socially conscious without being the slightest bit preachy. He confronts the compromise and hypocrisy that spills from our individual hearts and soaks into the fabric of our culture, all without forgetting that his primary job is to rock.

The Choir returned with yet another stellar collection of poetic songs. While I expected excellence, Shadow Weaver has become one of my most-listened-to albums of the year. No other band so effectively combines the romance and heartbreak of the Christ-haunted life as The Choir. This set deserves far more attention than its winsome melodies, literate lyrics and ambient instrumental arrangements have garnered so far.

“Gimme Something Good” is Ryan Adams' prayer and mine.

Beck may have created the perfect counterpoint to Jack White’s frenetic, late-night rock and roll with his stunningly chilled out Morning Phase, which is awash in the laid-back sonics of the 1970s. Whether it is the soundtrack of someone waking up physically, emotionally or spiritually, Morning Phase accomplishes something sonically and lyrically that artists like Jackson Browne and Joni Mitchell were once famous for.

Steve Taylor & The Perfect Foil didn’t only make one of the best records of the year, they made one of the smartest records of the last several. Goliath is as soulful, witty and subversively profound as alt-rock albums get. In a perfect world these vets would be earning Grammy Awards and filling stadiums. Then again, if this was a perfect world we wouldn’t need Steve Taylor to help us laugh and cry through it, would we?

3. Lost on the River - The New Basement Tapes

It was a tall order these chaps took on, but I’ll be darned if they didn’t pull it off and then some. Under the tutelage and production guidance of T Bone Burnett, five of the most respected names in Americana music had the audacity to collect a slew of previously unreleased Bob Dylan lyrics and set them to music for the first time. Elvis Costello, Taylor Goldsmith, Rhiannon Giddens, Jim James and Marcus Mumford were more than up to the challenge. The result is simply fantastic. Supposedly this is just the first batch too.

Singles, by the Baltimore synth pop band Future Islands, won me over immediately and won’t leave me alone. The seemingly odd blend of hyper-melodic ’80s keyboard structures and front man Samuel T. Herring’s unhinged vocals works incredibly well. The breakthrough single “Seasons” (Waiting On You)” could have been in any of my favorite John Hughes movies, but the penultimate track, “Fall From Grace,” absolutely stopped me in my tracks. There’s a spirituality at work that resonates with the pleas and prayers in my own heart.

“I’ve seen Jesus play with flames in the lake of fire that I was standing in.” So begins Sturgill Simpson’s “Turtles All The Way Down.” The Kentucky indie channels the wayfaring souls of Waylon and Willie and the psychedelic country of Gram Parsons, complete with low-fi, reverb-soaked ’70s-style instrumentation and production. In a way, his cleverly titled album suggests some self-awareness behind the time warp.

For more great music from the past year, check out John J. Thompsons Spotify playlist of the best songs of 2014.

“JJT” has been chasing the thread dangling between eternal truths and temporal creative experiences for nearly three decades. He is a writer, a businessman, a father, an artist and a seeker. Read more about him at 33andathird. / Photo of Sturgill Simpson via Facebook, with illustration by Jerod Clark. 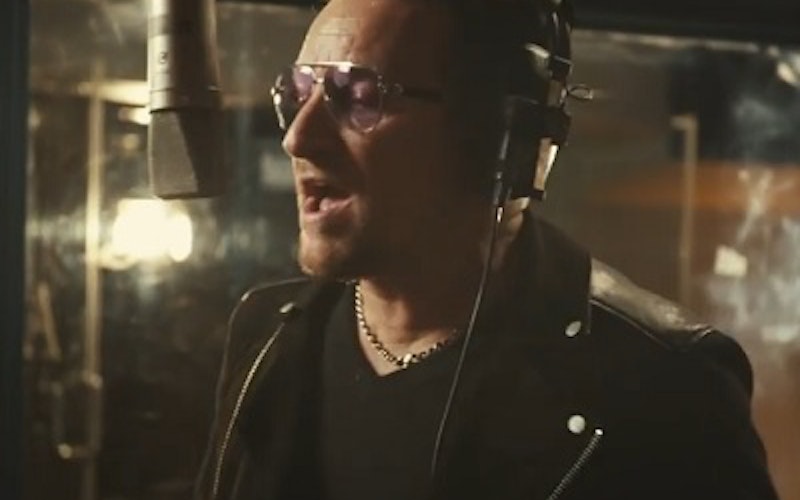