The narrative of The Empire Strikes Back can only move forward once Luke Skywalker is born again.

In Star Wars: Episode V — The Empire Strikes Back, George Lucas once again thrusts us into the middle of the action. Time has passed since the end of Episode IV. We do not see the Imperial fleet destroy the rebel base from that film, nor do we see the scouting and building of their new base on the planet Hoth. Instead, we are enlightened by the iconic opening crawl – the film equivalent of a friend hurriedly whispering what you need to know before the movie begins. This use of in medias res narration places viewers in a state of expectant uncertainty. And in this moment of tension, after the last words disappear off the screen, we are cast into space, alongside one of Darth Vader’s search probes as it heads for a crash landing on Hoth. The rebels are in danger.

As the film commences, we only see the broad strokes of the story; we know only the middle and are dragged along to the end. What’s more, this notion of beginning in the middle of things is repeatedly explored through the symbolism of rebirth. Early in the film, Luke Skywalker is “reborn”  when he violently crawls his way out from the wampa’s cave. Found by Han Solo, he’s placed in a tauntaun’s abdomen to keep from freezing to death.

Luke’s second rebirth is the result of a challenging gestation period on Dagobah, where Yoda trains him in the ways of the Force. It is a birth that will bring him into a new life - birthed perhaps prematurely but definitely strong - and into a time when he is much needed and expected.

In his sermon, “Birthed Public and Peculiar,” Walter Brueggemann twice mentions the concept of rebirth. The first is in reference to Nicodemus’ question, "How can someone be born when they are old?" in John 3:4. “I speak to you about being born, first birthed, and then birthed peculiarly, publicly,” Brueggemann wrote. “Being born again peculiarly - and public - is to learn to live with the staggering freedom of being fully the beloved. That birth in turn entails love of the light, to be ruled out of the world of calculation into utter gospel-given, peaceable freedom and well-being.”

Luke is reborn into a time when the galaxy desperately needs what he can become.

In Luke’s case, his rebirth after Dagobah is a time to publicly begin a new life, to be born into a peculiar family, to be born through the Force, to leave his anger behind, to be redeemed of his past personal sins and - unbeknownst to him (although foreshadowed in the cave at Dagobah) - of generational sin. Similarly, as individual followers of Christ, we make our death to the world public through the rebirth of baptism. We accept our new identity as God’s beloved. We are adopted into the family of God and we emerge to live a new life in Christ. However, we may be inclined to do so in a personal and private manner, which is something Brueggemann would discourage.

Brueggemann’s second reference to rebirth compares the modern church to Israel and quotes Hosea 13:13: “The pangs of childbirth come for him, but he is an unwise son; for at the proper time he does not present himself at the mouth of the womb.” Brueggemann states, “[It] is a time for the church, the people of God, to go public with its peculiar identity. I say this to you because of the urgency of this epiphany caught, as we are, between secular self-indulgence and frightened moralism, either of which is safe, but both of which miss the point, not visible, not at risk, not mattering. But of course the world waits for the birth.”

Unlike Han Solo, who is looking to leave the rebels and cowers from leadership in an effort to save himself, Luke is eagerly and courageously reborn into a time when the galaxy desperately needs the possibility of what he can become. He is thus reborn, not only for himself but as an integral part of the rebellion and as a hope for all those threatened by the oppression of the Empire. Similarly, Hosea 13:13 and Brueggemann’s exhortation to the church cannot be more direct and timely. In this time of rampant egocentrism, in the midst of desperate need and with the world waiting for us to be born, may we act upon the power and command of our spiritual rebirth, may we be born for others and may we be born into action. May we have the courage to be born publicly and peculiarly into the middle of things. 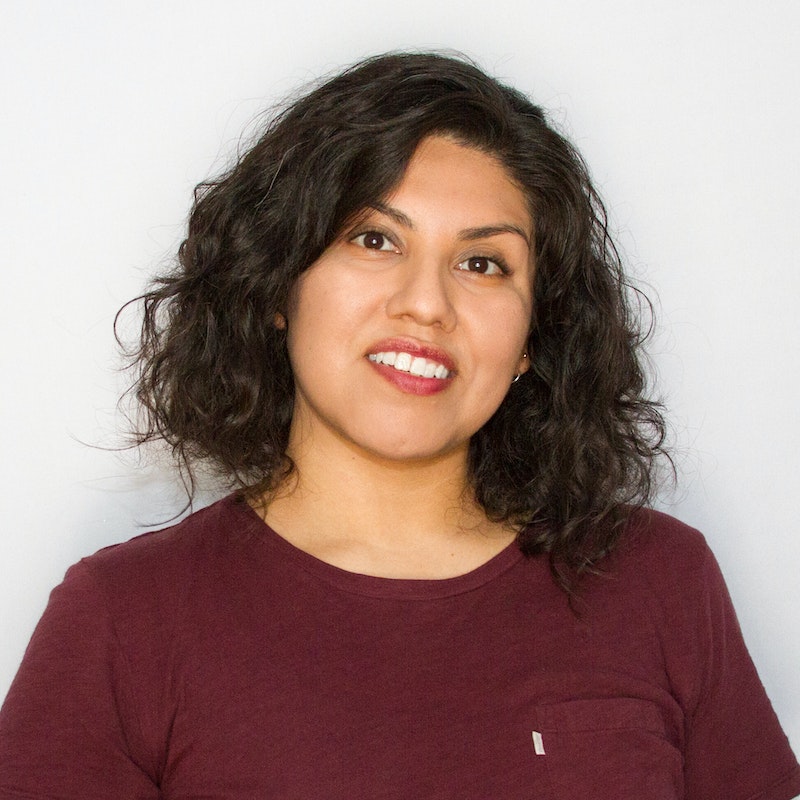 Roslyn M. Hernandez is a student at Fuller Theological Seminary seeking God's calling for her life. She graduated from UCSB with a double major in Film and Media Studies and Spanish and a minor in Art History. She enjoys films, reading, photography, art, hiking and living a foodie life.

Star Wars: Episode II - He Who Lives by the Lightsaber…

Star Wars: Episode VI – Can Anything Good Come from Endor?