As Stephen Colbert prepares to take over for David Letterman, here's hoping the comedian can retain his Christian, prophetic voice.

I’m a fairly devoted Comedy Central “news” fan. Not that I watch every episode of The Daily Show with Jon Stewartor The Colbert Report. But if there’s a big story, I want to hear their take on it. And, perhaps more telling, if I am feeling demoralized about the state of the news, I find that watching these shows helps me feel better. It's hard to be anxious when you're laughing.

With the news that Stephen Colbert will take over Late Show with David Lettermanwhen Letterman retires, I am torn between excitement and anxiousness. What an opportunity for an openly Christian host! At the same time, when Colbert drops his persona – a satirical portrait of a right-wing media pundit - will he lose his edge? What if he’s just not funny as himself?

In 2007, Parade Magazine ran an interview with Colbert in which he spoke about his conversion back to Christianity as a young adult. He was moved by Jesus’ admonition in Matthew 6: “Do not worry.” That passage is not only the touchstone of his return to faith; it’s also how he explains his Christian vocation.

"That's being fearless," Colbert said. "Not living in fear is a great gift, because certainly these days we do it so much. And do you know what I like about comedy? You can't laugh and be afraid at the same time - of anything. If you're laughing, I defy you to be afraid."

It’s vocation based on laughter, and laughter can be a prophetic voice.

One of the most useful tools for me as a pastor is the work of Edwin Friedman, a rabbi who applied Murray Bowen’s systems theory to congregational life. Bowen argued that systems theory applied not only to family systems but to society as well. He noticed an ongoing echo chamber of anxiety in our society in the mid to late 20th century. If you read him thoroughly on this, many of his predictions about how this would play out are frighteningly spot-on.

The Biblical prophet also has the role of interpreting what is happening right now.

Both Bowen and Friedman thought that humor played an important part in diffusing anxiety. Friedman especially emphasized this, saying that humor and paradox were invaluable tools for breaking through anxiety. (Read Jesus’ parables with this in mind some time!)

Sojourners’ Jim Wallis once asked Jon Stewart about the use of humor and satire in the Hebrew scriptural tradition. Stewart was not willing to see himself as a prophet or an activist, but I think he was being modest.

I doubt Colbert would be comfortable being called a prophet, either, but I have to think that Colbert, with his strong sense of Christian vocation, understands that his gift of humor is meant to be used in the world as a way to further God's own work and to help people see the world through God's eyes.

The popular view of prophecy is that prophets predict the future. But the Biblical prophet also has the role of interpreting what is happening right now. The analogy I remember from seminary is that prophets are interpreting both the foothills (the right-now, which you can see before you even see the mountains) and the great mountain range beyond (the future, which is often obscured by your view of the foothills). Both foothills and mountains are part of the geological range, but one is immediate and one is yet to come.

I don’t know that I’m willing to credit Colbert and Stewart with the ability to prophesy about the future, but I do wonder if comedians are our best interpreters of the right now. Perhaps on Late Night, Colbert will find new ways to help us through the foothills.

Erica Schemper is a pastor, mother (current emphasis on the mother part) and displaced Chicagoan living in the San Francisco Bay area. She blogs at Don't flay the sheep. / Image courtesy of CBS. 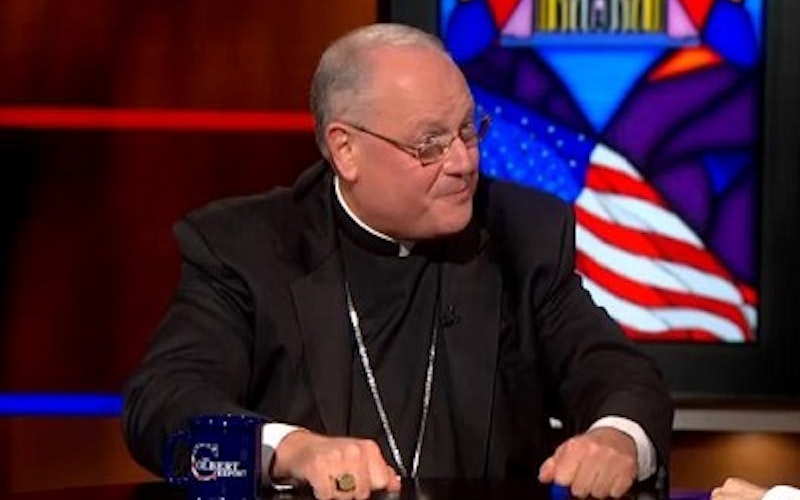 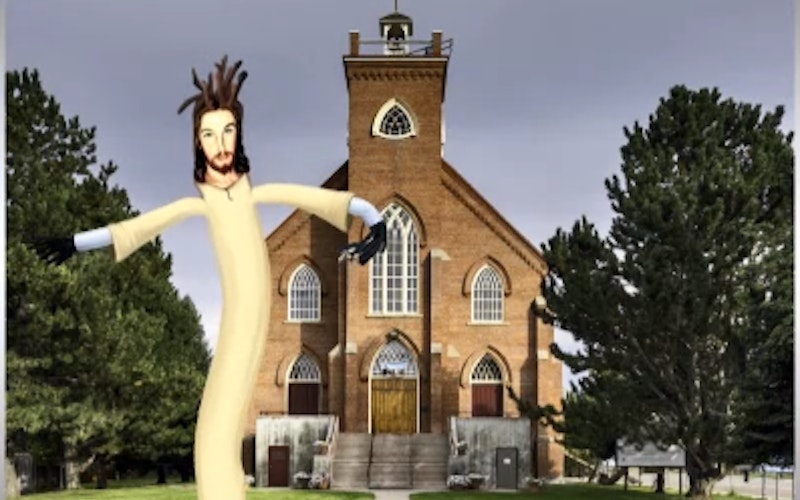