While talking with Fresh Air’s Terry Gross yesterday to promote his new book, Joyland, novelist Stephen King spent a good deal of time discussing his religious upbringing and whether or not he believes in God.

Joyland is set in a 1973 amusement park, and that led King to compare carnival barkers to megachurch pastors – as well as contrast both to the restrained Methodist church of his youth. And while it’s hardly refined and liable to change (“I refuse to be pinned down to something that I said 10 or 12 years ago,” he says), King does offer an explanation as to why “there’s no downside” to faith. The entire interview is worth a listen, but King’s testimony, if you want to call it that, is below:

"I choose to believe it. ... I mean, there's no downside to that. If you say, 'Well, OK, I don't believe in God. There's no evidence of God,' then you're missing the stars in the sky and you're missing the sunrises and sunsets and you're missing the fact that bees pollinate all these crops and keep us alive and the way that everything seems to work together. Everything is sort of built in a way that to me suggests intelligent design. But, at the same time, there's a lot of things in life where you say to yourself, 'Well, if this is God's plan, it's very peculiar,' and you have to wonder about that guy's personality - the big guy's personality. And the thing is - I may have told you last time that I believe in God - what I'm saying now is I choose to believe in God, but I have serious doubts and I refuse to be pinned down to something that I said 10 or 12 years ago. I'm totally inconsistent." 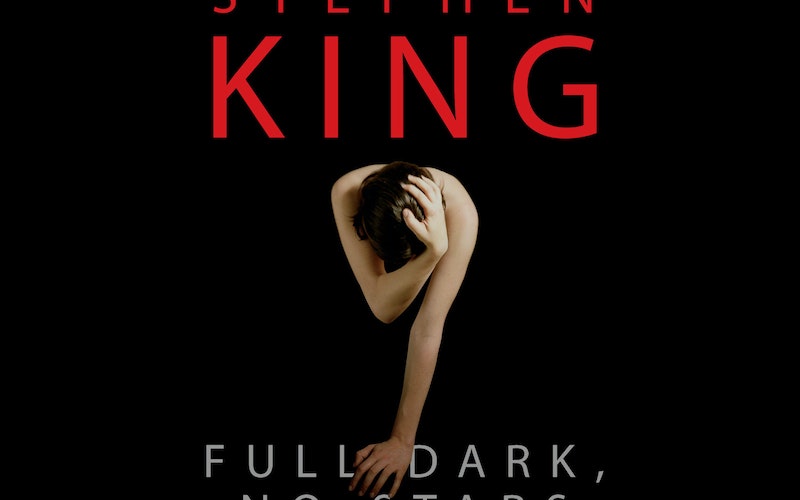 Stephen King and the limits of darkness