Marshawn Lynch's love of Skittles - and the way they remind him of his mother - is a bit of a power pellet to my own mama heart.

I admit: usually my reasons for choosing favorite athletes are based on the ridiculous. For instance, my two favorite Chicago Bears this season were Julius Peppers (because how can you not smile at that name?) and Matt Forte (because anyone who posts images on Instagram of his sweet pit bull romping through the woods gets my support).

But for once - finally! - I may have stumbled on a better reason to choose an athlete as my favorite. And it's a reason that has something to do with both Skittles and the prayers of Jesus’ mother Mary, a reason that takes me from football fields to the foot of the cross.

When my son first told me about Marshawn Lynch’s love of Skittles, he said that it was because the Seattle Seahawks’ running back – who will be starting Sunday in the Super Bowl - got “rewarded” with Skittles for a good play. But it seemed odd that a coach would use candy to reward a professional football player. (Isn’t that what all the money is for?) So I Googled for details and it turns out my instincts were right.

Lynch eats Skittles not as a reward, but as a reminder. And this is what makes him my favorite.

When asked to give the skinny on the Skittles, Lynch simply answered, “You’ve got to ask my mama.” And then his mama, Delisa Lynch, gave the whole story: “When Marshawn was 12 or 13, we’d go to his games and I’d always have little candies in my purse. Before the game, I would say, ‘Here Marshawn, come and get you power pellets.’ I would give him a handful of Skittles and say, ‘Eat ’em up, baby. They’re going to make you run fast and they’re going to make you play good.’”

To know that an act of love, of encouragement, of support carried her son so far in life is a huge boost to moms (and dads) everywhere.

I gotta say, this story is a bit of a power pellet to my own mama heart. To know that an act of love, of encouragement, of support carried her son so far in life is a huge boost to moms (and dads) everywhere. While surely there’s a superstitious element to this, as a mom I’m hopeful - and as a daughter I’m certain - there is more going on here. I’d guess that each crunch and munch on a Skittle during a game offers the “power” of remembering the love and support of his mom, of a person who hopes he does well, but loves him no matter what. It offers me huge comfort to see Skittles thrown and chomped as a public celebration of the “power pellet” that is a mother’s love and support.

Which brings us back to the cross. Not long after I became a mom myself, I discovered that Jesus’ final words - “Father, into your hands I commit my spirit” - came from a prayer Jewish parents prayed with their kids. Knowing that the trust-filled, world-changing words Jesus uttered as He breathed His last breath on the cross were words Mary taught Him as she tucked her boy into bed at night changed the way I saw my role as a mom - from the prayers I prayed with my kids to the words I offered for support or correction.

Obviously Delisa Lynch’s Skittles don’t equal the significance of Mary’s prayer, just as what happens at the Super Bowl cannot be compared to what happened on the cross. But in both we see the God-ordained might of the role of mothers and fathers, as well as the potential of our words and actions in the lives of our kids. What we say and what we do matters. Sometimes in just one man’s career. Sometimes in the salvation of the world. That should encourage us all.

Is atheism a religion? Not nearly as much as the Super Bowl 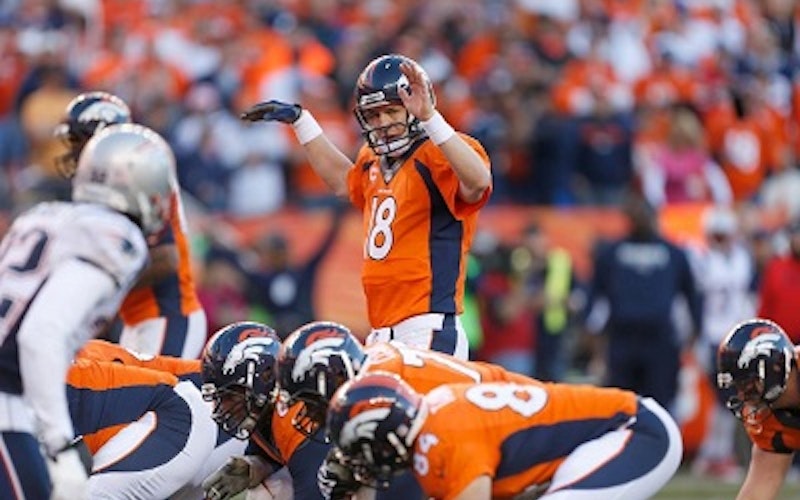