Richard Renaldi, a photographer in New York City, is creating foretastes of heaven on earth.

Renaldi is taking total strangers off the street and intimately posing them for a project he calls Touching Strangers.

His portraits are compelling. Two individuals who don’t even know each other appear to care for one another as they hold hands, embrace closely and look deeply into each other’s eyes. A man in his thirties wraps his arms around a woman in her nineties. A police officer holds a child. For brief moments, age, gender, race and socio-economic barriers seem to disappear.

Of course, this photographer is artificially creating these poses, but as CBS reporter Steve Hartman discovered, something surprising happened to Renaldi’s subjects as they submitted to his artistic direction. Among their responses:

"I felt like it brought down a lot of barriers."

“It was a good feeling.”

“It was nice to feel that comfort.”

We’re not meant to be afraid of each other. Society was never meant to have so many boundaries.

As I watched the news story - first feeling the awkwardness and then experiencing the goodness of intimate human interaction regained - I felt a profound sense of rightness. We’re not meant to be afraid of each other. Society was never meant to have so many boundaries. Human beings are made to relate, to see each other, to make eye contact, to stop and talk and sometimes to even touch. And it seems that, even if this is artificially imposed upon us, even if it comes too soon or from an unknown source, our capacity to relate and even love is irrepressible. Put in the right position with another human being, we’ll care for them!

The touch that this photographer mediates is wonderfully disconcerting; hands on waists, across chests and near people’s faces. Leaning on each other or lifting another up.

In a recent tweet, Franciscan author and teacher Richard Rohr wrote, “I believe vulnerable intimacy is the entrance into and the linchpin between all human and divine love.” Rohr is imaging his Maker when he writes these words. In order to love us best, God chose to incarnate and take on eyes, a voice and hands. He let us hold Him as an infant. He touched our eyes. We physically leaned on Him.

Like this photographer, Jesus had the artistic vision to create the right context for intimacy. He too takes great joy in positioning us in ways that enable community to be restored. Jesus works to take away fear and lowers the walls of those willing to submit to His direction.

And sometimes He does His work through photographers. When we experience the goodness of Renaldi’s reconciling work, we’re actually witnessing the barrier dropping, world-restoring Spirit of Christ at work.

Hartman concludes his CBS story with a thoughtful observation about what he’d just witnessed. While his words were meant to reference Renaldi, they could just as easily be said of Jesus Christ: “He shows us humanity as it could be - as most of us wish it would be - and as it was, at least for this one fleeting moment in time.”

John Van Sloten is the preaching pastor of New Hope Church in Calgary and author of The Day Metallica Came to Church./ ‘Alfredo and Jessica’ courtesy of Richard Renaldi. 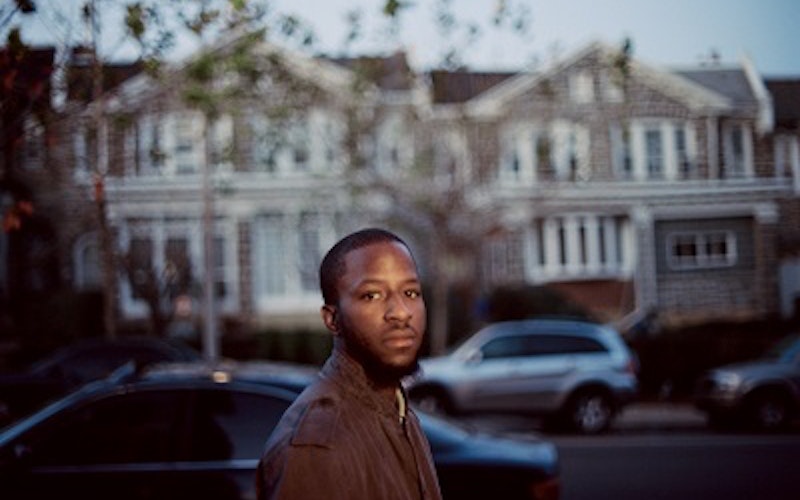 Hannah Price and responding to catcalls with grace