In case you missed it, two European-style bull runs took place recently in the United States, open to anyone who wanted to take a chance being trampled by a 1,500-pound animal. The idea is pure foolishness, and not only because it involves risk of physical harm.

Tradition has it that during the reign of England’s King John in the 13th century, William, Earl of Warren, spotted from the castle two bulls fighting in the meadow below. After the fight was broken up, one of the bulls ran off. The earl gave chase on horseback and the bull ran through the streets of Stamford, causing quite the hullabaloo. The earl enjoyed the escapade so much that he donated the field where the bulls had fought to the town butchers in exchange for their promise to run a bull through the town every Nov. 13 thereafter. Stamford kept its promise for centuries, and bull running began.

To the south, Spain’s tradition of bull running originated around the same time from the mere necessity of transporting the animals in those pre-automotive days from pasture to slaughterhouse. Over the centuries, there and elsewhere, bull running became connected to festivals and religious holidays, the most famous being Pamplona’s week-long festival of Senfermines, which honors St. Fermin of Amiens and was immortalized by Ernest Hemingway in The Sun Also Rises.

This year, two American entrepreneurs decided to bring bull running to the United States. The Great Bull Run website invites participants to “face the adrenaline rush of a lifetime” followed by an invitation to “celebrate with thousands of thrill-seekers in a massive, day-long festival that also features our insane tomato food fight, Tomato Royale!” Such buffoonery provides an interpretive context for the run itself: it’s a farce.

It aims at ritual without religion, manners without mystery, attempting the thrill of extreme sports without the sacrifice of time or cultivation of skill that true sport requires.

A stampede of lads (and the occasional gal) scrambling as much from each other as from the trucked-in bovines is a mockery of the historical, social, agricultural and religious meanings from which real bull runs arose and, largely, have passed away. It aims at ritual without religion, manners without mystery, attempting the thrill of extreme sports without the sacrifice of time or cultivation of skill that true sport requires. It’s adrenaline for the artless.

As an advocate for humane stewardship of animals - as well as someone whose rural background has engendered respect for the natural and unpredictable instincts of animals - I’m not thrilled with the idea of a bunch of yahoos being chased around by bewildered bulls (even if it’s the tameness of the whole affair that’s been most criticized and satirized).

Beyond the sheer foolishness of paying up to $75 to risk, bear or witness injury, the Great Bull Run presents even graver concerns about culture - both high and low - for Christians. The human needs that birthed the cultural phenomenon of bull running centuries ago - food, sport, excitement, community and religious ritual - haven’t changed. But, as anyone who’s gone to a Renaissance Faire knows, you really can’t recreate the past, nor would doing so be desirable. We don’t put old wine in new wineskins either.

The Great Bull Run is an example of what Andy Crouch describes in his book Culture Making as copying, not cultivating. Crouch describes cultivators as "people who tend and nourish what is best in human culture, who do the hard and painstaking work to preserve the best of what people before us have done." Even if bull running was suited to other times and places, it surely is not fitting here and now. We need creators, described by Crouch as "people who dare to think and do something that has never been thought or done before, something that makes the world more welcoming and thrilling and beautiful." That’s what I call real daring.

Karen Swallow Prior is Professor of English at Liberty University. A member of the Faith Advisory Council of the Humane Society of the United States, she also blogs regularly at Her.meneutics./ Image via iStockphoto, with illustration by Jerod Clark. 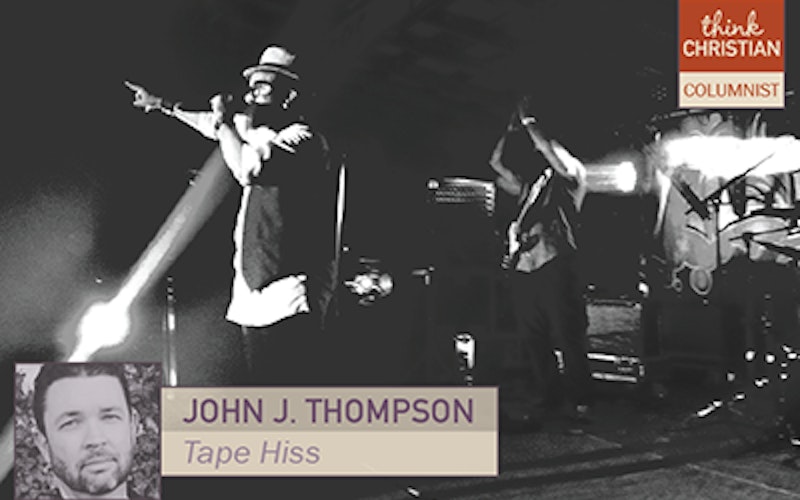