Lilly Looking Through, a lovely and simplistic video game, is mostly defined by its gentleness.

If we were to ask most people what adjectives spring to mind when they hear the words "video game," we might get a lot of different answers. Frantic, yes. Fun, yes. Violent, to be sure. Strategic, maybe. But I highly doubt that "gentle" would be at the top of the list. We have culturally boxed in a new medium and certain parts of our God-given humanity don’t quite seem to fit inside.

This is one of the key contributions of Lilly Looking Through, a new point-and-click adventure game. Lilly is a short game, with play patterned after early 1990s megahit Myst. With extremely minimal dialogue, it tells the story of a little girl named Lilly and her brother, Row, as they travel in a linear sequence across a beautiful, strange land. Each screen has puzzles of varying difficulty that the player needs to solve before progressing. The interface is exceptionally simple: use the mouse to position the cursor over objects and click on those things to use or activate them. There are no items to carry, no mazes to memorize, no combat to overcome - all we have to do is explore and decipher.

The game has several notable strengths. Foremost of these is its art, which is pretty, occasionally bordering on beautiful. The scenery is imaginative and evocative and the characters are cute without being cutesy. The music does a good job of setting the atmosphere.

I found the puzzles to vary a bit more in quality. Some were so obvious that they felt almost like busywork in order to allow the narrative to unfold. A couple other times I was so stumped I had to find help in order to proceed. Most of the challenges, however, were at about the right level: tough enough to make me work, but not so much I was lost. (To be honest, I'm not that great at these kinds of puzzles, so others may try the game and wonder what I could have been stuck on.)

If video games are going to reach the potential that I believe they have, they need to be singing more than one tune.

There were other small things to critique, such as the imperfect integration of voices and the shortness of the game - it only takes a few hours to complete. This catalog of pros and cons, however, doesn't really capture the most important feature of Lilly Looking Through: its atmosphere. One of the most powerful things about video games is their ability to create vivid imaginary worlds. Often what makes these so wonderful is not any particular item we can use there or actions we perform, but the overall feel of the place. We can explore game worlds, manipulate them, talk with them: in short, we can play with them.

The problem is, for a long time, the vast majority of high-profile and well-made games had one kind of world: a war-torn one. God made humans a wonderfully complicated and diverse bunch. We are artists and scientists, capable of love and righteous anger, and we have a kaleidoscope of lifestyles. If video games are going to reach the potential that I believe they have, they need to be singing more than one tune. And that's the greatest strength of Lilly: it adds a new note to this still-maturing medium.

Everything in Lilly speaks of gentleness: its music, its color palette, its characters, its story. It is not that the story has no emotion to it. It starts with a loss, which drives the quest that takes up most of the game. But this childlike (not childish) sense of loss is tempered by a lovely landscape and a sense of adventure. When Lilly fears, it's a gentle fear. And when she tumbles, it's a gentle fall. Her wonder is the kind that helps adults remember the unpretentiousness of youth.

It is not an accident that gentleness is listed as one of the fruits of the Spirit. God is loving and nurturing, and has built us in His image. A game that features gentleness, then, is a precious thing. It gives a fuller picture of how God created us. This is not to say that all games should be gentle. But some should.

Kevin Schut is associate professor and chair of the department of media and communication at Trinity Western University and author of Of Games & God. / Image courtesy of Geeta Games. 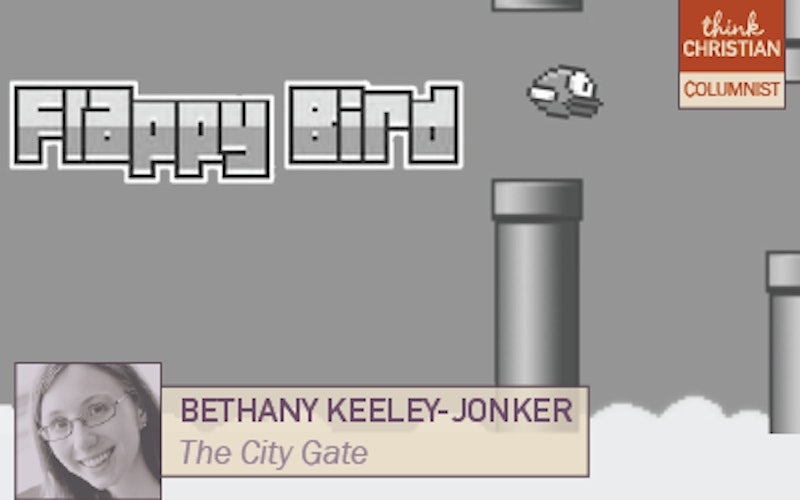