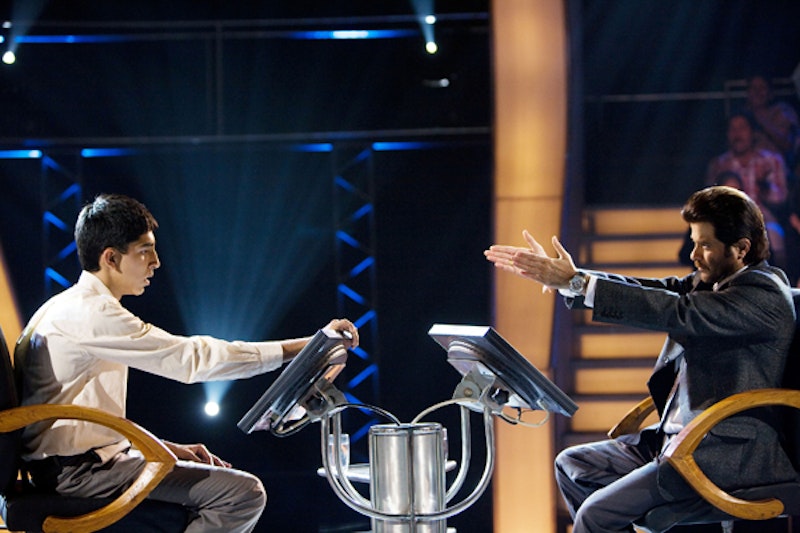 It may take some legwork, but do everything you can to track down “Slumdog Millionaire.”

The movie, which has been gradually expanding into more and more American theaters since Nov. 12, is striking in many ways, including its unusual approach to depicting poverty. While most movies sentimentalize or pity the poor, “Slumdog” takes a view that’s not all that different from that taken by Jesus in the Gospels.

Based on an Indian novel by Vikas Swarup, the movie centers on Jamal Malik (Dev Patel), an 18-year-old orphan who is on the verge of winning millions on a televised Indian game show.

With each trivia question, the picture flashes back to an earlier time in Jamal’s Dickensian youth, detailing the extraordinary education (you might say Providence) that lead to his knowledge of the answers.

British director Danny Boyle, whose “Millions” is an equally intriguing take on the concept of Christian charity, filmed “Slumdog Millionaire” on location in India. Much of the movie takes place in the poorest sections of Mumbai, where Boyle sends his camera racing through cramped, dirty alleys, chasing after Jamal and his friends.

(Most of the mesmerizing child actors in these scenes are actual slum residents. Casting director Loveleen Tandan’s contributions were so vital she shares a final directing credit with Boyle.)

What’s startling about the scenes is not only the festering milieu – the children skip over channels of raw sewage - but also the way Boyle allows the kids their youthful exuberance. He recognizes both their misery and their vitality. Hardly the sallow urchins of a Sally Struthers infomercial, these children are given their full humanity.

It seems to me that throughout the Gospels, Jesus encountered the poor in much the same way.

Luke in particular presents a Jesus who spent time not with the powerful and wealthy but rather the lowly and in need, whether it was the paralytic who was lowered through the roof by his friends or the widow who lost her son. In both cases, Jesus approached them not as a superior being who had come to relieve them of their pitiable suffering, but as a caring, fellow sufferer – as a friend.

If the Lord Himself sees the poor as equals, shouldn’t we view those with great need in the same way?

Interestingly, the few negative reviews “Slumdog Millionaire” has received have taken the movie to task for exactly this sort of egalitarian worldview. Discombobulated by a film that doesn’t simply define the less fortunate by their misfortune, some reviewers have accused Boyle’s picture of being too “glossy.”

Owen Gleiberman, writing for Entertainment Weekly, even sniffed that it “ennobles poverty.”

Hardly. Like the Gospels, “Slumdog Millionaire” ennobles the poor.