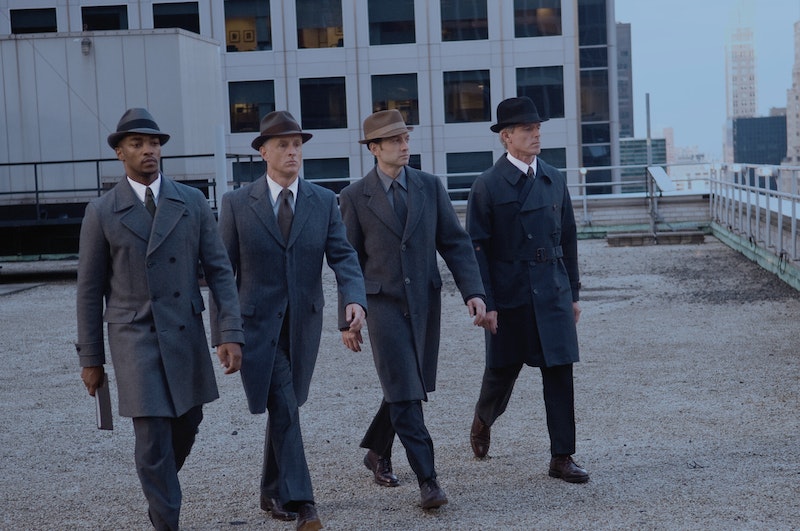 “The Adjustment Bureau” isn’t shy about its theology. But it is confused.

Based on the Philip K. Dick short story “Adjustment Team,” the film sets up a basic free will-versus-fate scenario: Matt Damon plays David Norris, an aspiring politician who accidentally discovers that each of our lives proceeds according to a larger, cosmic plan. What’s more, a team of strangers continually manipulates our paths in tiny ways to keep those plans in place. When Norris unexpectedly shows up in an office to see his colleagues frozen while a group of men in hats scan their minds, he “gets a glimpse behind a curtain that you didn’t even know existed.”

From there, “The Adjustment Bureau” spirals outward in a number of theological and philosophical directions. The power of love comes into play when Norris falls for a ballerina (Emily Blunt) who isn’t part of his predetermined plan. Angels are evoked by those men in hats (including one conflicted figure who echoes the celestial longing of “Wings of Desire”). And, of course, the entire film could be read as a refutation of predestination.

As a movie, it’s a bit of a mess. What’s intriguing, though, is the god who sits at the center of all this. This figure is referred to as “the chairman,” but the strangers tell Norris, “That’s just a name we use. You use many other names.”

This chairman is a curious figure: unseen, removed, yet apparently in control. The chairman authorizes the strangers to conduct “recalibration” of humans, which changes the way they reason and alters their decisions – all so that they stay on plan. There was a time, the strangers tell Norris, when the chairman gave humanity complete free will, but that led to the Dark Ages. Now, he’s told, “You don’t have free will. You have the appearance of free will.”

Does this god sound familiar at all? Like portraits of Jesus hanging in a Sunday school classroom or the bearded creator of Michelangelo’s Sistine Chapel, movies often try to put a face on our God in an attempt to help us comprehend his presence. The deity of “The Adjustment Bureau” isn’t very helpful on this end. This chairman is a control freak for the most part, yet not omniscient enough to prevent Norris from throwing a major wrench in his life’s plan. And then, in the end, the chairman tosses that grand plan aside in the name of true love. It seems even this god is powerless in the face of a Hollywood happy ending.

If you’ve seen “The Adjustment Bureau,” how did the chairman figure strike you? What other movie depictions of God – be it George Burns or Morgan Freeman - have felt true?