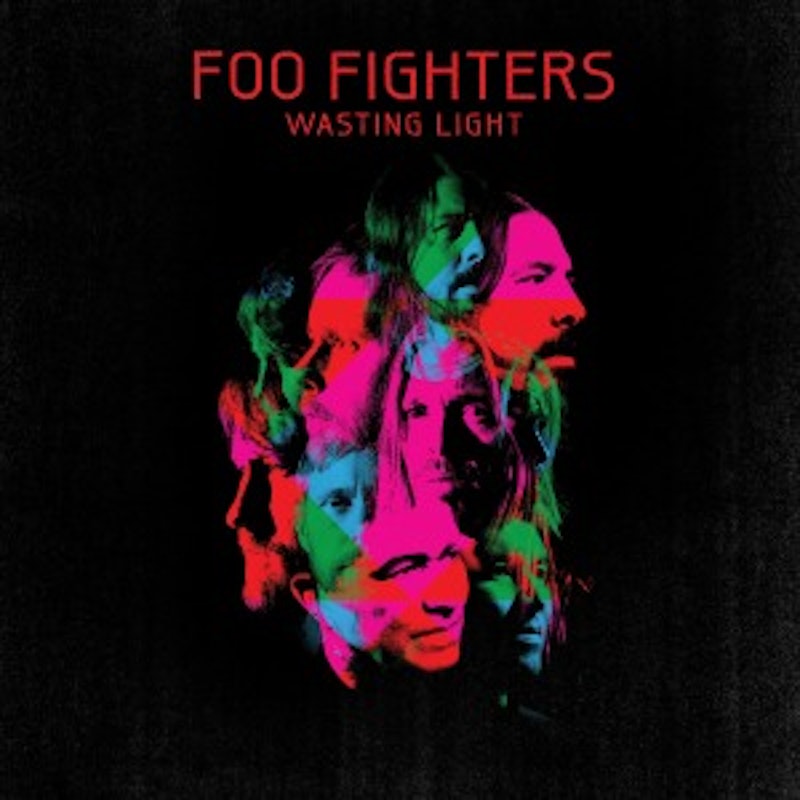 Foo Fighters, who may be the biggest rock band in the world, return to the scene with "Wasting Light," their seventh album overall and first since 2007’s "Echoes, Silence, Patience and Grace." Amidst a languishing music scene all but devoid of thoughtful or hopeful mainstream rock offerings, "Wasting Light" stands out.

Dave Grohl and company turn all amps to 11, grab a generation by the collar, shake them up good and scream “You deserve better than what you’re settling for!” in their collective face. Though not always “positive” in the strictest sense of the word, Foo Fighters have two things few rock bands seem to possess these days: hope and humor.

The band wants to make sure everyone knows a few things about this record. First, it was recorded in Grohl’s garage. Second, it was recorded on exclusively analog equipment; no digital hard drives, auto-tuners or compressors to be found. Third, the record was produced by the band along with the legendary Butch Vig, producer of "Nevermind," the game-changing classic from Grohl's former band Nirvana. In other words, this project has nothing to do with the cheap, disposable and derivative digital rock being downloaded by millions or the overproduced, ego-driven, indiscriminately angry excess of the “active rock” generation. "Wasting Light" shares more sonic DNA with The Who than anything released in the last 20 years.

Not only do the songs on "Wasting Light" sound incredible (for a real primer on the vast superiority of analog to digital, buy the vinyl version), they feel incredible. Through soaring melodies, guttural screams (Grohl’s the best since Roger Daltry) and walls of muscular guitars, song after song manages to feel encouraging, humanizing and celebratory. Even songs with an “I’m not going to take it anymore” tone feel upbeat more than angry. For the most part the sentiment is “hang in there; we’re all in this together.” The album’s closer, a power anthem called “Walk,” really sets the whole joint on fire.

A million miles away

Your signal in the distance

To whom it may concern

I think I lost my way

Getting good at starting again

Every time that I return

Now, for the very first time

Don’t you pay no mind

You keep me alive a moment at a time

But still inside a whisper to a liar

To sacrifice but knowing to survive

The first to cry another state of mind

I’m on my knees, I’m praying for a sign

Forever, whenever, I never wanna die

I’m dancing on my grave, I’m running through the fire

Forever, whenever, I never wanna die

Grohl has always had an encouraging word for his fans and he seems particularly adept at turning personal struggles into rallying points for optimism (“Times Like These” comes to mind). But never has it gotten this blatantly spiritual. There’s more gospel here than in a lot of CCM music these days. I’m not sure where the man is theologically, but if Matthew 12:34 is true and the mouth speaks that which is overflowing in the heart, then there seems to be something pretty cool going on in this guy’s heart.

I saw the band perform the entire new album in sequence at a small club show during South By Southwest in Austin, Texas. Few bands could run through an entire album that not a single person in attendance had ever heard and keep a crowd as electrified as they did. When they closed the set with “Walk," it was rapturous. There was an obvious spirit of triumph; all members smiling ear-to-ear and practically daring the crowd not to feel good.

Maybe it’s the lack of womanizing, substance-abusing, self-centered arrogance that sets Foo Fighters apart. Their music is big enough to fill Wembly Stadium and real enough to be played by five guys in a barbecue joint. I can think of some Christian acts that could learn a thing or two from Foo Fighters about serving an audience.