HBO's True Detective offers a fascinating - if disturbing - answer to this question: In a universe truly absent God, how can we live?

"It's important for us to confront the potential of the true abyss."

By now the antihero cop is eye-rollingly cliché. The character has always seen too much. Been on the streets too long. Chain-smoked too many cigarettes and been divorced too many times. He no longer represents a bold statement about the universe, but a cheap screenwriting shortcut for real character development.

On the surface Matthew McConaughey’s character in HBO’s True Detective, which has its season finale Sunday night, seems like more of the same - right down to his ridiculous name (Rust Cohle) and his penchant for taking painfully long drags from his omnipresent cigarette. The familiarity extends to the show’s premise as well: two Louisiana cops (McConaughey and Woody Harrelson) trying to solve a brutal, ritualistic murder mystery. It seems pulled straight from a CBS procedural, only “HBO-ed” to include the requisite nudity.

The mistake is in thinking that Nic Pizzolatto, who created the show and also worked on AMC’s The Killing, doesn’t know all this. He’s fully aware of the stereotypes he’s playing with and is deliberately making some intriguing - if  terrifying - philosophical points by indulging them.

There have been several memorable nihilist antiheroes in pop culture, from Fight Club’s Tyler Durden to Cape Fear’s Max Cady to Hannibal Lecter in … anything involving Hannibal Lecter. All of them celebrated the triumph of their will over the enslaved and under-evolved sheep of human society. In the character of Rust Cohle, Pizzolatto reveals these characters as philosophical frauds.

Cohle looks into the abyss and shudders.

The Durdens and Lecters and the like believed the same truth: at the far end of human existence is the gaping maw of nothingness. These characters were the few able to see that truth and rejoice in the freedom it brought them: a life where morality is meaningless and all things are permitted.

Cohle looks into that same abyss and shudders. In a memorable scene from this season, Cohle argues that human awareness was a cruel evolutionary mistake, that we cannot live in the awful truth of our own annihilation. To his mind, we would be better if all humanity collectively agreed to stop procreating and marched hand in hand into oblivion. There is nothing to celebrate about this fact for Cohle. Just sadness. No freedom to be found in it. Just ruin.

In True Detective Cohle is the only person brave enough to face this. Everyone else hides behind hypocrisy and power and families and affairs. One of the running themes of the show is how, as time passes, other characters see Cohle as being the only truly honest, self-aware person around.

They also hate him for it, and in this Cohle is the fun-house mirror version of Dostoyevsky’s The Idiot. Myshkin, the “idiot,” was a man so purely good that the rest of a supposedly good society dismissed him as insane. Conversely, Cohle is so starkly honest about his nihilism that his world casts him out as well.

And in this I find True Detective fascinating - if disturbing - because it dares to articulate something I’ve always wondered. In a universe truly absent God, how can we live? It seems that Cohle is the only consistent, philosophical end of believing that God is, in fact, dead. He sees this idea for what it is - the fundamental negation of human hope.

Cohle's beliefs are literally killing him (he appears physically, emotionally and spiritually hollow), but in the world of True Detective, this is seen as the only honest choice. Apparently, this is the reality of Pizzolatto's "true abyss."

Josh Pease is a pastor in Southern California and author of The God Who Wasn't There: Searching for God in the Middle of Pain. You can follow him on Twitter @peaseplan. / Image via HBO. 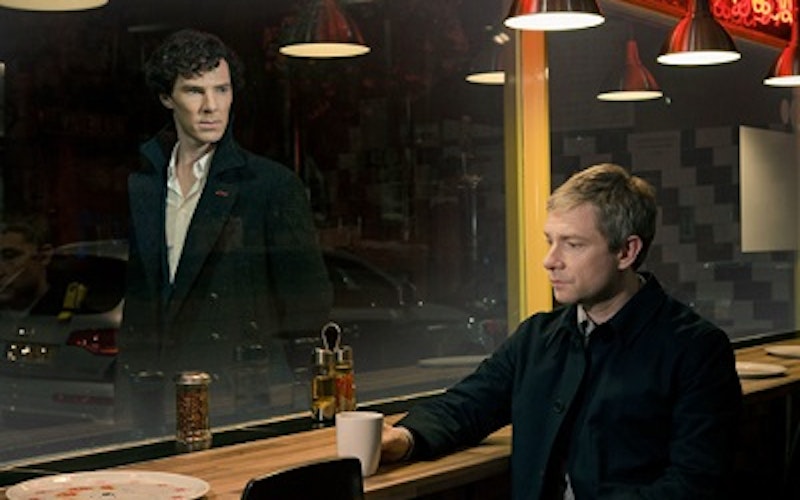