I wonder if it's a uniquely modern problem that we seem to be always exposed to terrible things that are happening elsewhere in the world or the United States. This spring the bombing in Boston occurred within days of a fertilizer factory explosion in West, Tex. Only a month later, a larger-than-usual tornado killed many, including school children, in suburban Oklahoma City. I experienced each of these tragedies - alongside others like the factory collapse in Bangladesh - with various levels of personal connection and various levels of emotional and intellectual fixation. It seems these kinds of events come to the forefront more often and I wonder how it relates to our spiritual lives.

I suspect that the problems and benefits of feeling alongside tragedies elsewhere are at least as old as print, but they’ve intensified as we have invented better and more efficient ways to know about what is happening around the world. The always-on nature of 24-hour cable news and social media means we learn about these events before much information is available, and they have the potential to overwhelm our attention.

On the one hand, I'm loathe to critique this state of being, because it allows us to pray for those who are suffering, to weep with those who weep, even if they are not nearby. On the other hand, I wonder if the dramatic suffering of a few in the national news overshadows the quieter suffering of those nearby, who can benefit more directly from our companionship in their sorrow.

This New Yorker article by Paul Bloom on “the case against empathy” gets at that problem. While a nation will mourn together for the children lost in dramatic events like Newtown, we cannot generate the same empathy and generosity for children who are underfed or undereducated elsewhere in the United States.

I think we should be concerned about our tendency to care about dramatic national tragedies over everyday tragedies around us.

For Christians, I think we should be concerned about our tendency to care about dramatic national tragedies over everyday tragedies around us. We also shouldn’t let the sharp contrast these events create for everyday troubles deceive us into believing our own problems and those of others near us don’t matter at all.

I was reminded of this reading Jess Zimmerman’s tech advice column, in which she responds to a reader who feels guilty about sharing their personal problems on Facebook when others are posting about large-scale tragedies. Zimmerman notes that we should not use social media for whining only, but that we should also not be afraid to ask our own friends and family for emotional support, even when our problems pale in comparison to the headlines. I agree. As Christians and friends of people who might need our support, perhaps we can find better ways to talk about relative hurts, so that we neither dismiss small(er) problems nor diminish large-scale tragedies.

How do we participate in a culture of national and even international mourning - and contribute when we can to disaster relief - while still also being present for others whose problems are smaller, or more ongoing or more hidden? I don’t want to propose that we ignore national and international tragedies, but I do worry that their drama and shock might desensitize us to other areas where our empathy - and action - are needed.

Bethany Keeley-Jonker is an Assistant Professor of Communication Arts at Trinity Christian College in Palos Heights, Ill. She lives nearby with her husband Justin and their cat Zeus. / Photo via iStockphoto, with illustration by Jerod Clark. 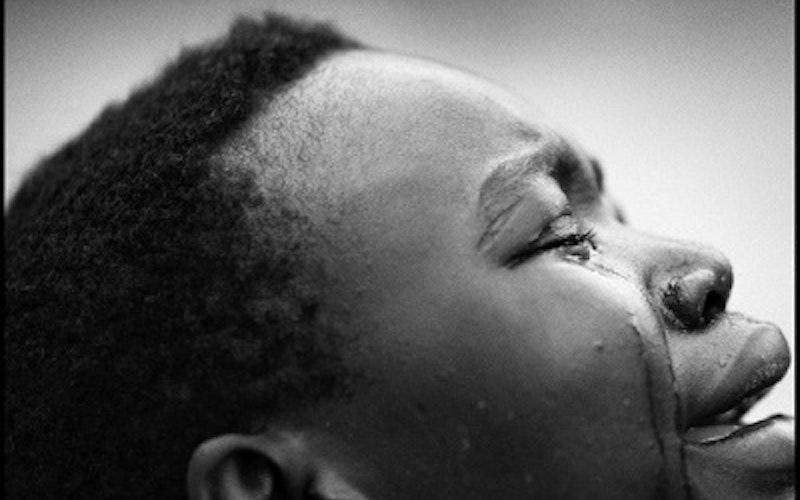