It’s not every night on a major talk show that you hear a message like this.

U2—all four members—made an extended interview appearance on Jimmy Kimmel Live! last week, promoting their 30th anniversary Joshua Tree tour. We’ll soon have a reflection on the tour itself from TC’s John J. Thompson, who is attending in Chicago this weekend, but for now we wanted to share the interview, as well as the band’s impromptu performance of “I Still Haven’t Found What I’m Looking For.”

Early on in the interview, Kimmel describes attending a U2 concert as “a religious experience,” which is no surprise to those of us well-versed in their Christian background. The conversation itself doesn’t turn toward faith, at least until Bono introduces “I Still Haven’t Found What I’m Looking For” as “a gospel song with a restless spirit.” Be sure to keep listening to hear the Selah Gospel Choir, who was seated with the audience, help the band turn Jimmy Kimmel Live! into a church service. After all, it’s not every night on a major talk show that you hear lyrics like this:

I believe in the Kingdom Come

Then all the colours will bleed into one

You broke the bonds

And you loosed the chains

Carried the cross of my shame

Oh my shame, you know I believe it. 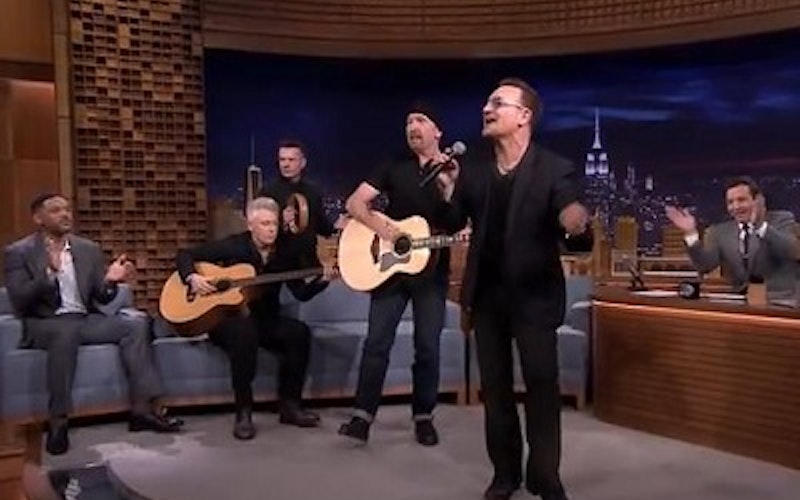