Schitt’s Creek is a well-crafted comedy of manners, a traditional genre that satirizes the habits and customs of the social classes.

At first blush, the redeeming value of Schitt’s Creek - a bawdy new sitcom airing on Pop - isn’t readily apparent. The title itself passes FCC muster only because of a little creative spelling. And in keeping with what the title promises, the show is laden with potty humor, coarse language and generally bad behavior.

Yet despite its crass surface, the heart of Schitt’s Creek is family. The story centers on the Rose family, consisting of parents Johnny and Moira Rose (Eugene Levy and Catherine O’Hara) and their two grown children, David (Eugene Levy’s real-life son, Daniel Levy) and Alexis (Annie Murphy). The show’s premise has the uber-rich Roses ousted from their mansion and stripped of their possessions by the government due to the dealings of an unscrupulous business manager. They are left only with Schitt’s Creek, a backwoods town Johnny Rose had bought for his son as a joke years before. There, up the proverbial creek without a paddle and without any of their customary luxuries, the Roses take up residence in the town’s dingy hotel and try to make a temporary home among rednecks, potheads and people who hunt. As one Pop executive explained, “This show answers the question - what would the Kardashians do if they woke up one day, completely broke?”

But this isn’t reality television. Rather, Schitt’s Creek is a well-crafted comedy of manners, a traditional genre that satirizes the habits and customs of the social classes. Like the typical comedy of manners, the show is highly stylized, with polished dialogue, witty one-liners and classic examples of stock characters.

A staple of classical comedy, stock characters remind us that we aren’t as “unique” as we like to think we are, and that even in a highly individualistic age, individuals are greatly shaped by social roles and expectations - including counter-cultural ones. David, the pansexual, metrosexual son, fulfills with aplomb the role of the fop (the 18th-century term for a dandy, a man preoccupied with dress and appearance). His mother, Moira, a former soap opera star for whom the line between theater and life is forever blurred, perfectly embodies the grande dame. Daughter Alexis nails both the stereotypical spoiled daughter and the coquette. But family patriarch Johnny Rose offers a more nuanced character. He is not the bumbling father that is a sitcom staple today, but plays the role of straight man, a refreshingly competent (if barely) and loving husband and father who holds his crumbling family together morally and emotionally in the midst of their trying, and hilarious, misadventure.

While the traditional comedy of manners, which arose in the more-stratified 18th century, focused on the upper class, Schitt’s Creek places the elite Roses among the commoners, where both can be equally satirized and gently mocked. Fitting for today’s democratized society, this enables the show to target both upper and lower classes for correction. For satire is a form of comedy that instructs as it entertains. The satire of the comedy of manners, specifically, exposes the faults and foibles of a class of people. By mocking in a democratic way, Schitt’s Creek helps bridge real-life divides through mutual laughter.

While Schitt’s Creek is best suited for the thick-skinned (perhaps the desensitized) Christian viewer, the show is endearing and at times even edifying. In contrast to the phantom of class envy exploited increasingly today by politicians to deepen the animosity between rich and poor, Schitt’s Creek portrays two classes of people striving - despite the various obstacles and prejudices from both sides - to understand one another and overcome their differences.

An example of this is when the wife of the mayor tries to cheer a despondent Moira with a spa day at the local salon and Moira emerges with the same ’80s haircut as the mayor’s wife. She tempers her humiliation with gracious appreciation for the gesture of hospitality. And while the two Rose offspring engage in the sort of sexual escapades that seem to be obligatory in sitcoms today, the show also makes clear that their mother and father - despite their world being turned upside down - enjoy a faithful, loving and fulfilling marriage.

Schitt’s Creek brings to the small screen creators, writers and actors committed to their respective crafts - and it shows. The series brings high comedic art - and lowbrow humor - back to television. 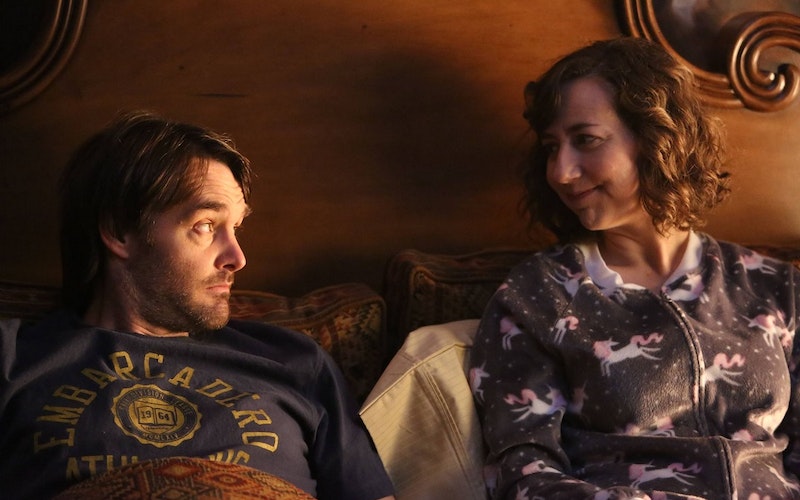 Seeking agape in The Last Man on Earth