In Amazon’s sci-fi series, paradise comes with a price.

Nathan Brown has died and gone to heaven. Or, at least, a heaven.

“Let it sink in how lucky you are” Nora assures Nathan. “This is the first day of the rest of your afterlife.” This is Upload.

Amazon’s satirical science-fiction series envisions a future ever-reliant on technology. Society still practically lives online, but by 2033, you can die that way, too. As an alternative to natural death, it’s now possible to upload your consciousness to your choice of virtual-reality platforms. Quality varies among these “heavens,” but they all provide the departed with a peaceful eternity unfettered by (most) corporeal limits. In the right afterlife, one can enjoy a level of luxury that surpasses anything experienced while alive. Lakeview is just such an afterlife, described by its own marketing as “a reward for a life well-lived.” But is this a goal worth striving for? Upload suggests that in seeking solely reward after death, we perhaps overlook the purpose of life.

Lakeview certainly seems heavenly. Designed to look and function like a four-star resort, Lakeview offers a host of amenities: unlimited food, recreation, “uplifting views, healthy pursuits.” The uploaded, or “Scans,” don’t age (not without the right update, anyway). They suffer no injury, hunger, pain, or illness. Scan avatars not only replicate their living forms, but improve upon them—from deleting cowlicks to reversing amputations. Uploading also means replicating human sensations and pleasures, from hot showers to physical intimacy to maple bacon donuts. One’s bounty is largely limited only by their own imagination.

But paradise has a price. At Lakeview, spas, sundries, and snacks cost extra, as does Nora’s “angel service.” This intrinsically ties Scans to the world (and to the wallets) of the living. Scans without the means to maintain or upgrade are left with limited access to resources, relegated to stripped down windowless cells. In Lakeview, money talks, class matters, and power functions in death as it did in life. Nathan’s neighbor (William B. Davis), a ruthless billionaire styled after David Koch, enjoys an indulgent hereafter simply because he can afford it—and therefore believes he’s earned it. “I lived a life of purpose,” he tells Nathan over a $20,000 round of golf. “This is my reward.” But what good is a version of heaven that merely reflects the values of this world? If we seek only opulence and power in the afterlife, are we seeking the heaven that God has promised?

What good is a version of heaven that merely reflects the values of this world?

When we turn to the biblical depiction of heaven, Upload’s view of the afterlife does make some sense. God’s house, like a luxury hotel, has “many rooms,” where he will “prepare a place” for us. Heaven is referred to several times as a “kingdom,” connoting regality and prestige. Indeed, as with Lakeview, heaven in the Bible is promoted as a reward. And in Paul’s letter to the Philippians, we are told that, in heaven, our “lowly bodies” will be transformed and imbued with a glory that resembles God’s. It stands to reason that, in Lakeview, avatar designs defer to the best version of their owners’ physical selves.

In the Book of Revelation, we see heaven as a refuge from mortal limits where God will “wipe every tear from their eyes. There will be no more death or mourning or crying or pain. . .” It’s also here where we’re given the lavish descriptors we’ve come to associate with heaven’s grandeur: walls of jasper, adorned with “every kind of jewel,” pearl gates, and streets of pure gold. It’s no wonder we often envision the afterlife in terms of earthly value. It’s easy to expect heaven to have the best of what’s on earth. But doing so potentially places limitations on both heaven and humankind.

While the Bible does give us an image of heaven bursting with treasures, it also encourages us to challenge the value of such treasures. We’re told in Colossians to set our “minds on things above, not on earthly things.” Jesus informs us in Matthew that, if we want to actually acquire “treasure in heaven,” we ought to sell our possessions “and give to the poor.” While the language used to describe heaven relies heavily upon allusions to earthly status symbols, we are told not to place much stake in the symbols themselves. “A life well-lived,” contrary to Lakeview’s marketing, should not be measured by what we manage to amass in that life.

When he was alive, Nathan was an accomplished game designer, blessed with brains, good looks, and popularity. As he tells Nora, “You get what you expect in life, and I expect the best.” But despite access to the best that a heaven has to offer, Nathan is unhappy; he still longs for the world of the living. Nathan is eventually left to reexamine what he valued so much in his life: money, success, his looks, and shallow relationships.

Funnily enough, Nathan’s closest connection is with his niece, Nevaeh (Chloe Coleman)—who’s name is “heaven” spelled backwards. Perhaps this indicates that true heaven is the opposite of what we expect, which has implications for our path to paradise. Once Nathan takes an honest look at his earthly self and reconsiders what really matters (in life and in death), he seizes the opportunity to change. Only then does Lakeview become a place of redemption and restoration, just as we are redeemed in heaven through our restored relationship with God.

Until then, Lakeview doesn’t feel like heaven because it’s more concerned with the material grandeur of “heavenly life” rather than the spiritual nature of a godly life. If heaven is to be our reward—if it is truly an upgrade from this life—then it must be more than a place of splendor and exclusivity. It must be inclusive, regardless of earthly status—free of the vanity, greed, and division that marks our time in this world. Hopefully, what we seek in the hereafter will be reflected in our values and in our actions—here and now. 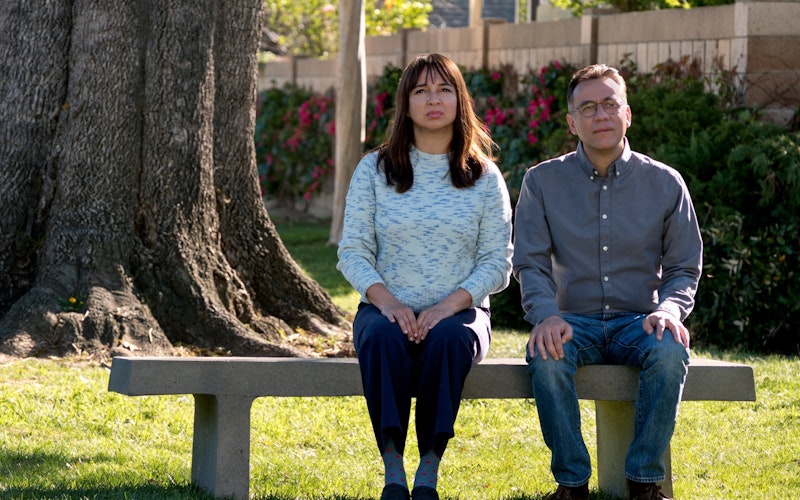 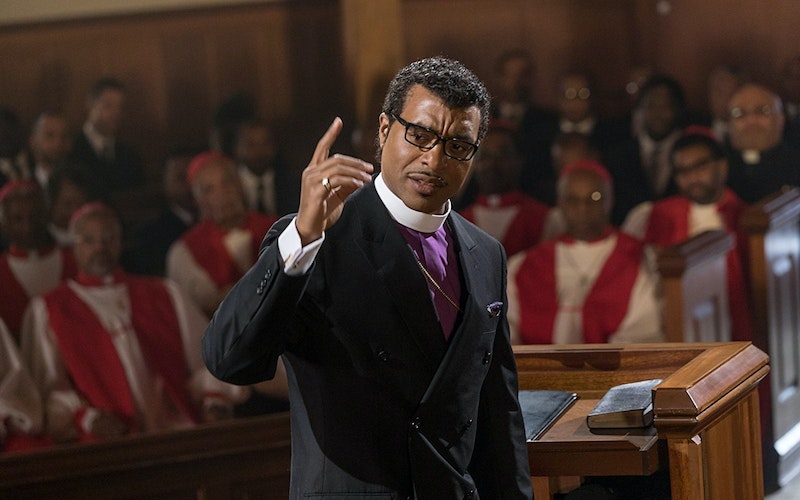