When I co-wrote Besides the Bible, a collection of essays about books my co-authors and I think every Christian should read, our hopes for the project were modest. We wanted to encourage followers of Jesus to talk about books, especially the really good books.

“This is not a list of the most important books in Christendom,” we say in the introduction. “It is not a comprehensive catalog of the history of the Christian church. It is a list of 100 books, culled from the vast library of the written word, we believe our siblings in Christ will be stronger for having read.”

Since Besides the Bible was released we’ve been criticized for some of the books we included (The Last Temptation of Christ, Left Behind and books by prominent atheists). We’ve also been criticized for some of the books we excluded. For example, we made the decision early on that we would only allow one book per author. C.S. Lewis was one of the few exceptions. We included guest essays on The Lion, the Witch and the Wardrobe and A Grief Observed, but Mere Christianity did not make the final cut. The absence of certain books and authors makes our list immediately suspect for some people. But part of the fun of putting together a recommended reading list is the conversation that develops about the strengths and weaknesses of the list itself. 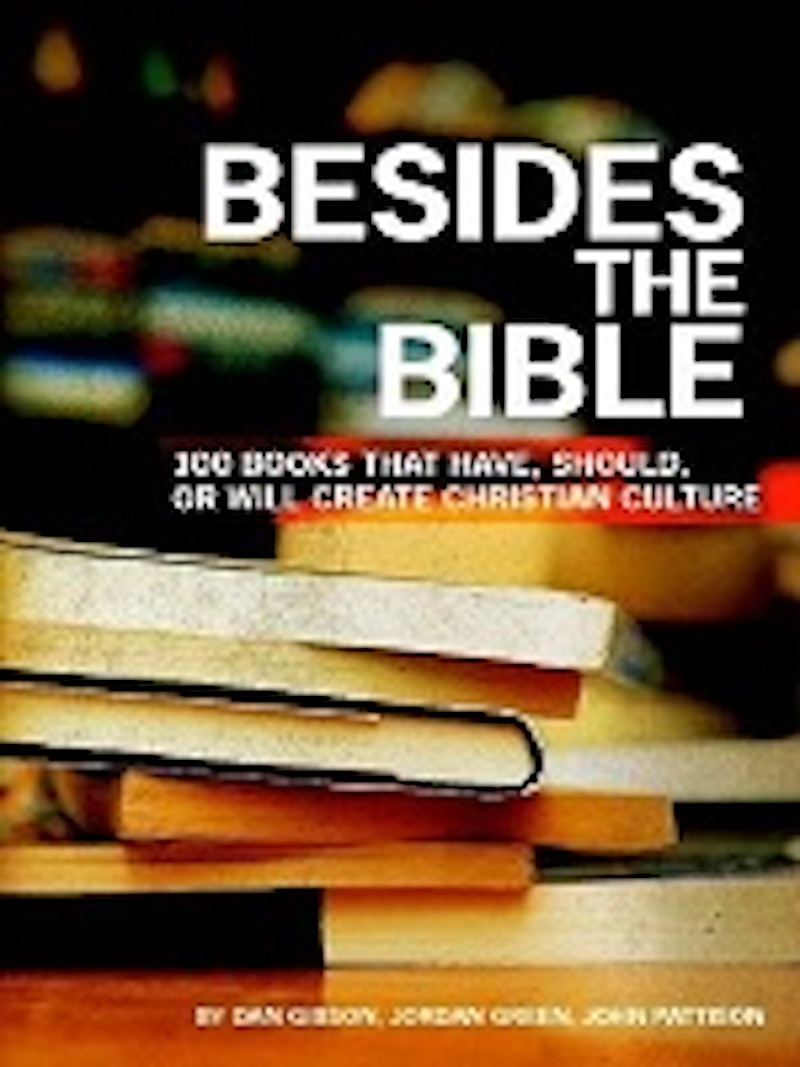 Here are a few other books that Jordan Green, Dan Gibson and I wrote about:

Strength to Love, by Martin Luther King, Jr.: Most of the sermons in this collection would have ended with an altar call. If the altar calls didn’t make the text, we still reach a moment of decision. The question King asked explicitly four years later in a different book is the same facing every Christian who has an authentic encounter with Dr. King: Where do we go from here?

Anarchy and Christianity, by Jacques Ellul: Conservatives may have appreciated his Reformed theology and participation in the French Resistance, but they bristled at his affection for Marx. Liberals liked his rebukes of theocracy, but they winced when he blasted the impotence of government. In the end, like many prophets, Ellul was ignored.

We recommended our books. Through a now-dormant blog - and especially through the 30 guest essays in the book itself - we had books recommended to us. It was thrilling for us to read David Dark on J.D. Salinger: “Franny and Zooey situates salvation and the just life lived by faith squarely within the here and now, remaining alive to the possibility, for instance, of consecrated cups of chicken soup passed between people.”

And Phyllis Tickle on poetry: “[The] best companion to the Bible, at least for folks like me, is The Norton Anthology of Poetry, that treasure trove of what we have been and that record in pathos and glory of what we, under God, are becoming.”

Now we’d like to add your voice to the conversation. Which books do you think every Christian should read?

John Pattison is co-author of Besides the Bible and the forthcoming Slow Church, both from InterVarsity Press. A member of the National Book Critics Circle, he writes regularly for Relevant, Neue and the Englewood Review of Books. He lives in Silverton, Ore., and blogs at www.slowchurch.com. / Photo courtesy of iStockphoto.

What is Your Second Book?