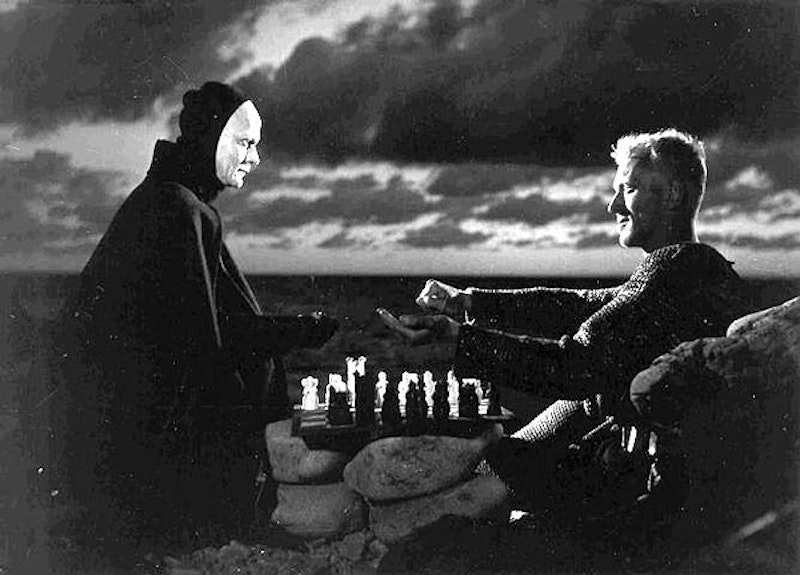 Remember when movies used to be off limits for Christians? Talk to movie fans in their 60s, 70s and 80s and you hear stories about sneaking into theaters on the sly, for fear of being caught by fellow churchgoers.

I thought of this while watching 1957’s “The Seventh Seal,” which was recently rereleased on DVD by The Criterion Collection. The film, in which a knight returning from the Crusades challenges Death himself to game of chess, caused an earthquake in the cinema world. It made an international star of Swedish director Ingmar Bergman, helped break down the doors of American theaters for foreign films and paved the way for movies to be taken as seriously in America as any of the classical arts.

And “The Seventh Seal” did all of this while also being brazenly, even agonizingly, religious.

The knight, played by Max von Sydow, hopes to hold off Death until he can stabilize his own wavering faith in God. “I want knowledge!” he demands. “Not faith, not assumptions, but knowledge. I want God to stretch out His hand, uncover His face and speak to me.”

So do those surrounding him. Set in the midst of an awful plague, “The Seventh Seal” paints the anguish of spiritual uncertainty with medieval, even barbaric, brush strokes. The knight encounters people desperately attempting to appease an uncommunicative God, including a parade of flagellants who are beating themselves and others in hopes of ridding the land of sin first, disease second.

“The Seventh Seal” hardly offers a comforting depiction of Christian faith, but it is an honest, searching one. Yet how many Christians were in the audience to see it?

More importantly, would a studio dare make it today, when there likely are a greater number of believers in theaters?

Yes, we’ve had anomalies in recent years, from “The Passion of the Christ” to “Amazing Grace.” But given that moviegoing has become a regular habit for many Christians, why aren’t there more?

I suspect the culture wars of the 1980s and 1990s have something to do with this – fundamentalist religious types who vilified Hollywood became the face of American Christianity - but maybe you have different ideas. Why are so many films stubbornly agnostic? What was the last blatantly spiritual, mainstream movie you’ve seen?