“Creative impulse is at its first beginning connected with dissatisfaction with this world. It is an end of this world and in its original outburst, it desires the end of this world, it is the beginning of a different world. Creative activity is, therefore, eschatological."

- Nicolas Berdyaev, The Beginning and the End

The Judeo-Christian tradition has a long history of imagining the end of the world. From Isaiah’s visions of swords being beaten into plowshares to John’s holy beings covered in eyes, a rich well of images, vocabulary and motifs has been preserved in both the Biblical text and Christian history. Curiously, such apocalyptic literature is always written in connection with a clear disapproval of the current state of reality. Whether it is a corrupt king awaiting judgment or the entire empire of Rome, the Biblical response has been a combination of outright denunciation and imaginative expressions of a future-to-come.

Today, “apocalypse” is interestingly used in connection with figures like Dostoevsky, O’Connor and Chesterton. While we do not always find cities descending from the heavens in these authors, we do find the heart of the Christian apocalypse - a deeply discontented reaction to the world and an attempt to destroy it in order to announce something new. It is here where I want to introduce the strange world of comics into the mix. If there was ever a medium dedicated to articulating apocalyptic motifs, it is this one. The current milieu of comic books is in fact a wrestling with apocalyptic narratives, an attempt to discern the problems of reality and either curl up in the face of them or try to destroy them. It is here that Christians have a unique and legitimate place and an opportunity that has been thus far sorely missed.

If there was ever a medium dedicated to articulating apocalyptic motifs, it is this one.

Of all the examples that could be given for this kind of literature, none is more obvious than the legendary Alan Moore, author ofWatchmen, the graphic novel that best expresses the apocalyptic genre in comics. Much could be said about the book’s brilliant literary subversion, but for economy’s sake allow us to jump to the end: Alan Moore’s apocalypse. In Moore’s graphic novel, after a series of existentially devastating glimpses into the lives of his complex characters, we are finally confronted with an irrevocable Event. The book’s main villain, Dr. Ozymandius (or Adrian to his friends), has concocted a plot to unite the world in perpetual peace. In order to stop the nations from fighting with one another, he enacts an elaborate scheme that creates the illusion that the world is under attack from a mysterious inter-dimensional enemy, an illusion that requires the killing of millions in New York City to succeed. The plot seems to have worked - the nations rally their forces and call an end to their disputes in order to come together and face this larger threat. We are faced with an ethical dilemma: is Ozymandius justified? The killing of millions in New York may lead to the inauguration of peace in the world. Ozymandius appears drunk with success, but his final conversation with Dr. Manhattan, one of the Watchmen, is revealing. Ozymandius says “I did the right thing, didn’t I? It all worked out in the end.” Dr. Manhattan responds: “In the end? Nothing ends, Adrian. Nothing ever ends.”

In this milieu, where comics are deeply shrouded in apocalyptic questions that remain infinitely pensive about any kind of answers, Christians have a unique opportunity to begin to re-write apocalypses of their own. I do not mean for a moment to suggest an “us” vs. “them” mentality, but rather a point of dialogue. Comics have a complicated history with religion. While Moore, of Watchmen fame, is decidedly not a follower of Christian tradition, many characters in mainstream comics are explicitly religious. The very first graphic novel was entitled A Contract with God. The trend has not gone away, and it is not likely to. Writers in comics and comic theory are obsessed with dealing with all aspects of life, not just acts of outrageous machismo or whatever events grant the most “POW!” balloons.

Comics also support a highly unique reading audience, generally made up of society’s marginalized, who find solidarity with losers like Peter Parker and hope in figures like Superman. This is an audience that could find quite a bit of help from a Christ who came for precisely such a group. Increasingly, comic fans have been finding resonance with the nihilistic postmodern voices of Moore and others, and rightly so - there is something deeply wrong with the world. Nonetheless, it is time that Christians enter this discussion explicitly, offering a taste of what Christ offers - not only an end to the world that we see, but also the inauguration of a new world, a world where swords are turned into plowshares rather than turned against a new, cosmic enemy.

At this juncture, we stand in a unique place to produce another Dostoevsky, another St. John, another Isaiah in the world of comics. Frankly, with all of the gods, monsters, aliens, explosions and experimentations already going on there, we are probably responding to an invitation long lost in the mail.

Dean Christopher Dettloff resides in Grand Rapids, Mich., with his wife, Emily, and cat, Streganona. He spends his time reading comic books, existentialism and apocalypses. A longer version of this piece originally appeared on Catapult. / Illustration via iStockphoto. 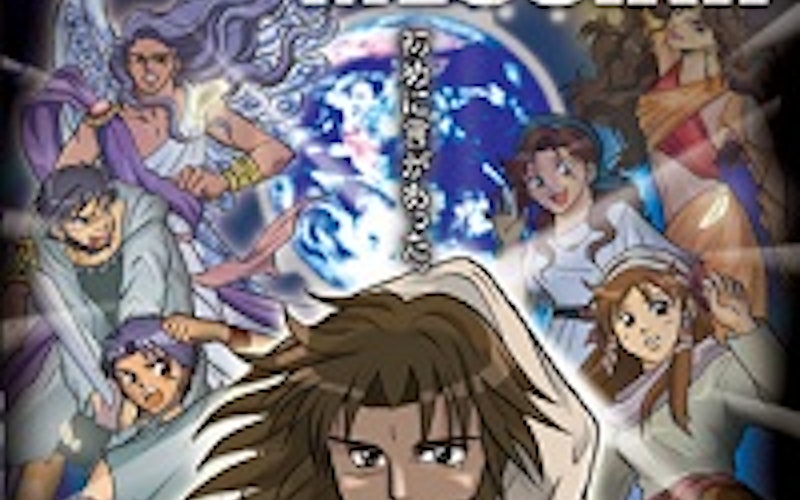 Do we need a Manga Messiah?