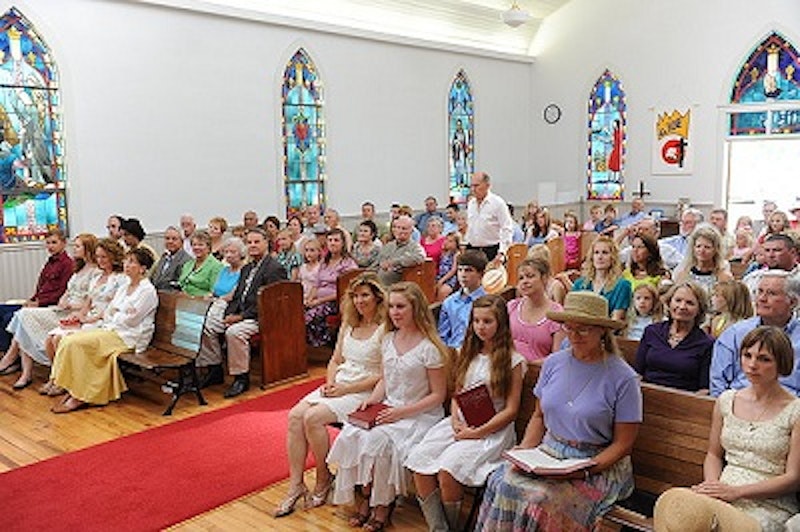 Not to give away the ending, but “Seven Days in Utopia” – a limited-release movie about a temperamental pro golfer who is mentored by a Christian rancher – concludes with what amounts to an altar call.

The climactic moment revolves around a crucial putt. Just as we’re about to see what happens, the screen goes dark and text appears directing you to a website. Among the things you’ll find there is an electronic confessional form to fill out, as well as an urging to “ask God to forgive you for running in the wrong direction. Ask Him to lead you down this new road through faith in His Son.”

This gimmick shouldn’t come as a surprise considering that throughout its running time, “Seven Days in Utopia” is insufferably pious. It’s also poorly crafted – hackneyed and heavy-handed – but it won’t do anyone any good to further bash the film’s craftsmanship here. What’s worth considering, instead, is the question of whether or not movies should even bother to preach in this way. Are cinematic altar calls really an effective method of evangelism?

“Seven Days in Utopia” isn’t only preaching to the choir – it continues to preach to the choir director after the choir members have gone home. Sitting in the press screening for the film, as colleagues in the mainstream media openly scoffed at the picture’s hokiness, I tried to imagine how in the world “Seven Days in Utopia” would manage to achieve its intended purpose. How would an unbeliever ever find themselves purchasing a ticket? (Certainly the reviews weren’t going to draw them in.) Even if a Christian friend persuaded a nonbeliever to go to a showing, the movie is so aggressive in its spiritual recruitment that I imagine the experience would be more awkward than enlightening.

God works through mystery, never more so than when he moves the human heart. There is no mystery in “Seven Days in Utopia,” just teeth-grindingly decent characters whose easy faith bears no resemblance to any Christian I’ve ever known. The use of the word utopia in the title is telling – the story takes place in some fairy-tale land of sun-dappled faith. It’s life as vacation Bible school.

Such altar-call movies – and there are others – rarely work, but that doesn’t mean we should give up on the cinema as an avenue to explore the Christian faith. After all, the best movies are mysterious too – elusive, exploring, always on the move. In their restlessness, they capture the tumultuous combination of joy and frustration that comes with living as a member of Christ’s kingdom, a place that is “already, but also not yet.”

Few films have captured that tumultuousness better than “Higher Ground,” an intimate drama also in limited release. Based on Carolyn S. Briggs’ memoir “This Dark World,” the movie is the directorial debut of actress Vera Farmiga. Farmiga also stars as Corinne, a young woman who has wrestled with faith all her life. (The movie is broken into separate segments, one of which is titled Wrestling Until Dawn.) 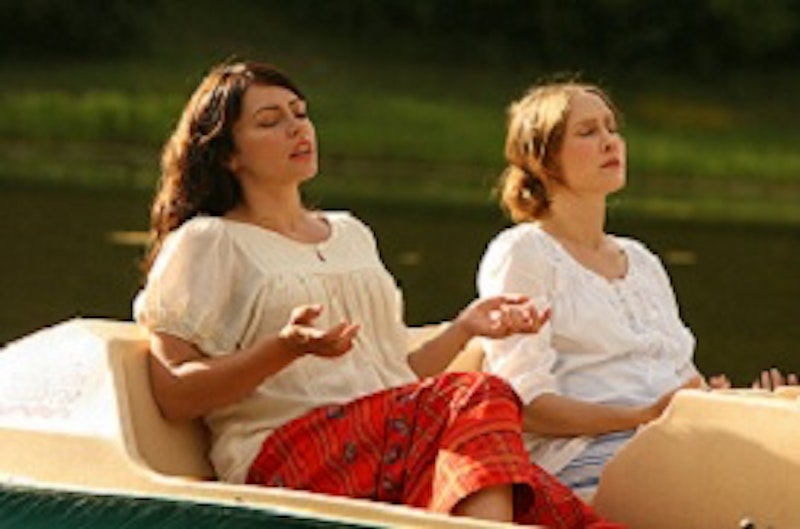 Corinne “asks Jesus into her heart” as a little girl at vacation Bible school, later drifts away from that commitment in adolescence, then comes to embrace it again as a young mother in the 1970s, where the majority of the film takes place. When brokenness and pain come her way – a friend’s debilitating illness, a struggling marriage, temptation – chinks in her faith begin to appear, until Corinne questions what it is she truly believes.

The refreshing thing about “Higher Ground” is that you never quite know what the movie believes. It isn’t trying to preach to you (let alone convert). There are moments where it is stingingly critical of religion – including a smarmy, patronizing Christian marriage counselor – but others where it captures the soothing comfort of belief in a way that “Seven Days in Utopia” couldn’t possibly fathom.

Above all, “Higher Ground” is frank about the frustration of keeping faith. Corinne has a prayer that I have never heard spoken in church – and probably never will – but it’s one I know I’ve prayed many times. “Draw near to me Lord,” she cries out in a moment of desperation. “Come on!” Where that prayer leads I will let you discover. Suffice it to say we’re not directed to a website at the end.

Josh Larsen is editor of ThinkChristian. He also writes about movies at LarsenOnFilm.com and on Facebook.