If we want kids to have good stories to tell, we don’t need a better or truer doll. We need a better, truer mind.

Who knew a bunch of second-graders could make me so defensive about Barbie?

You’d think I’d be past this. After all, I’ve had a lifetime of concerns about the plastic blonde. I’ve worried her famously out-of-proportion physique could lead to body image problems. I’ve recoiled when a talking Barbie declared that “math class was tough.” (Even though, honestly, I agreed with her - at least about geometry.) And I’ve shaken my head when news hit of a book with computer engineer Barbie still needing help from the boys. (Oh, Barbie.)

But now comes those second-graders, featured in a promotional video for Lammily, a new doll designed by Nickolay Lamm and commonly known as the “normal Barbie.”

In the video, we see the students calling Lammily “so pretty” as they stroke her hair.

While I did smile when one child noted that Lammily would be able to stand, largely because her feet aren’t pre-molded to fit into high heels, my smile faded as the comparisons to Barbie rolled on.

Unlike Barbie - who would be a makeup artist, a fashion designer or a model, according to the children - Lammily would be a pilot, a teacher, anything better than those stupid fake Barbie jobs. Or something like that.

As I cringed at the encouraged dismissals of Barbie (off camera, the assistant head of school seems to be goading the children into pointing out faults), I realized what I - and many of us - have long misunderstood about Barbie. It’s not what Barbie does to us, it’s what we do to her.

Because, of course, Lammily is no more real than Barbie. No matter how zaftig or pimply or stretch-marked or brunette Lammily is, she’s still fake. Made of plastic. Dependent on tiny human hands to move her. Dependent on human minds to give her a life, a story.

So, who cares if Barbie can’t stand on her own? She’s not supposed to. She’s a toy. Barbie’s whole purpose is to be child-handled, moved, for her life to be lived out according to the wishes of her puppeteer. Same as with any doll. Whether the dolls be fluffy-stuffed, paper, corn-husk, or plastic, whether they be pretty or plain, whether they look like your sister or not, whether they have stretch marks or pock marks shouldn’t matter. At least, not much. What matters is the play.

It’s through flesh and blood women that kids learn that women of any hair color and any shape can do math, program computers, fly planes, teach classes, design clothes, apply make-up, paint, write, sing. It’s through family lore passed down through generations that show examples of what aunts and sisters not only look like but more importantly, what they can do. It’s through wide and vast reading that we show our kids how wide and vast people’s lives are.

And ultimately, it’s about teaching our kids - again and again - that they are made in God’s image, not Barbie’s, not Lammily’s. It’s because of God’s imprint on us that we can imagine great things for our Barbies' and Lammilys' lives - and for our own.

Caryn Rivadeneira is the author of Broke: What Financial Desperation Revealed About God's Abundance, Known and Loved: 52 Devotions from the Psalms and Grumble Hallelujah: Learning to Love Your Life Even When It Lets You Down. /Image via Lammily, with illustration by Jerod Clark. 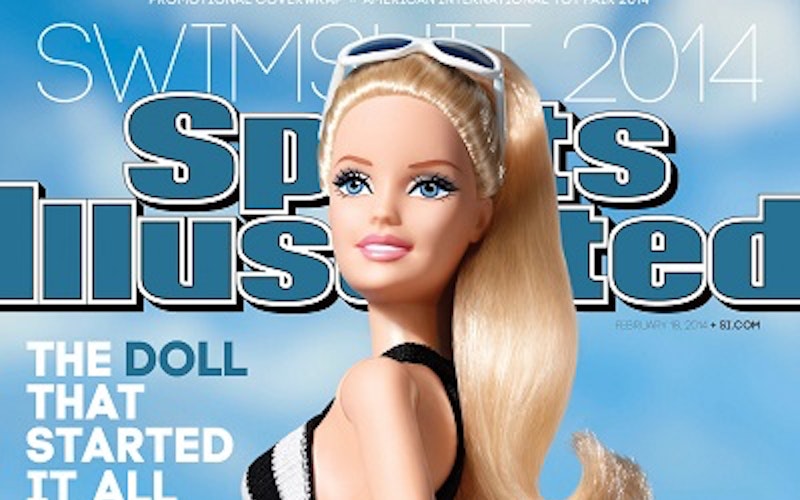 Why Barbie was destined for the Sports Illustrated swimsuit issue 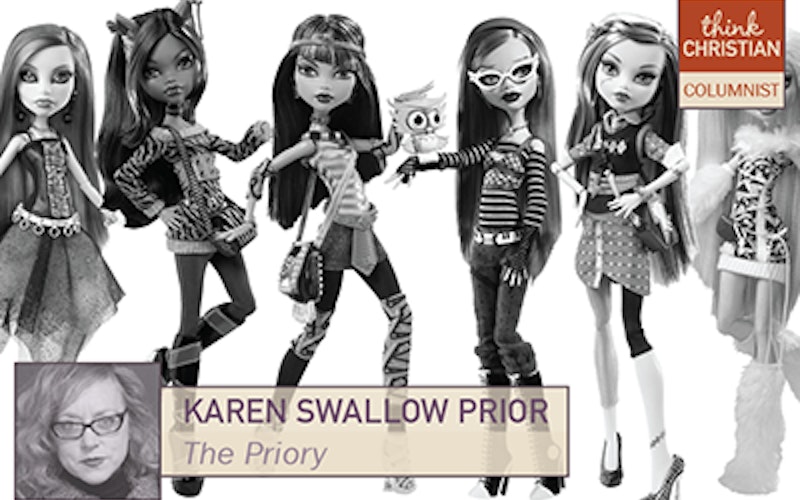