We all long for a lost city, but to find it we must look beyond this world.

There is a wonderful page in the Maurice Sendak picture book Where the Wild Things Are, in which young Max, who has been sent to his room without supper, imagines escaping to a far-off jungle. In Sendak’s illustration, the walls of Max’s room and his bed appear normal, but trees have sprouted up from the floor and along the walls. The world experienced and the world yearned for have suddenly merged.

A similar movement takes place in The Lost City of Z, a lush, stately adventure drama based on the life of British explorer Percy Fawcett (Charlie Hunnam), who first traveled to the Amazon around 1906 and became obsessed with the region, returning there two more times over the course of his life in pursuit of a fabled, ancient city. Directed by James Gray, with lustrous cinematography by Darius Khondji, the movie allows the mistiness of the jungle to seep into its European-set scenes, so that much of the film shares the same dreamy haze. There is a particularly Wild Things-like moment in which Fawcett—at this point serving in France during World War I—describes his fascination with the Amazon to a spiritualist. Imperceptibly, the bunker walls around them fade away until they’re sitting amidst thick shrubbery and drooping fronds.

It struck me that such imagery could have a particular pull for Christians. Fawcett is in search of a new world, one he believes will be purer and better than the supposedly civilized one from which he hails. Indeed, his yearning is so great that he is willing, at considerable pain, to leave behind his wife (Sienna Miller) and young family for years at a time. Fawcett’s aching to find this lost city echoes our own desire to seek another city, the one promised in Revelation 21: “...he carried me away in the Spirit to a mountain great and high, and showed me the Holy City, Jerusalem, coming down out of heaven from God. It shone with the glory of God, and its brilliance was like that of a very precious jewel, like a jasper, clear as crystal.”

In Revelation for Everyone, N.T. Wright attempts a description of the new heaven and the new earth, of which this new Jerusalem is a part. Wright’s words echo the visual scheme of The Lost City of Z and its own intermingling of garden and city:

John’s vision, then, is of a new Eden; but it is a city, not simply a garden. All the elements of the garden are still there, but enshrined and enhanced within and around the city. We know in our bones that we were made for both, though the romantic idyll of the countryside on the one hand and the developers’ dream of the city on the other hand both routinely fail to hit the mark.

It’s that last observation by Wright that suggests why Fawcett will never find the lost city of his imagination. On his third and final journey, Fawcett encounters a different indigenous tribe, even deeper in the Amazon jungle, and joins them in an elaborate, mysterious ceremony. Any hint of Europe falls away (the cinematography relies only on ancient firelight) and Fawcett seems ready to give himself over to whatever awaits.

The new creation of the Bible is not this earth as we know it—even in its most mystical, mysterious corners.

To join him in this state, however, one must overlook other things we’ve witnessed on these expeditions: the charred body hung over a firepit in another village, where cannibalism is part of religious practice; the spear that impales a man in a sudden skirmish between tribes. These are signs of disorder as awful as the trenches of World War I. And then there is the fact that Fawcett’s climactic bliss appears to be aided by a mind-altering drink. Does he finally find his lost city, or succumb to grand delusion?

The new creation of the Bible, by definition, is not this earth as we know it—even in its most mystical, mysterious corners. It isn’t a place we can explore, whether that be on another continent or far past Mars. The biblical promise is that the new creation is this earth renewed, restored to its original vision. The book of Revelation gives us a hint of what that will be—just enough so that, like Percy Fawcett or Maurice Sendak's Max, we yearn for a place we can only begin to imagine.

Josh Larsen is editor of Think Christian and the co-host of Filmspotting. His forthcoming book, Movies Are Prayers, is now available for pre-order. You can connect with him on Facebook, Twitter, and Letterboxd. 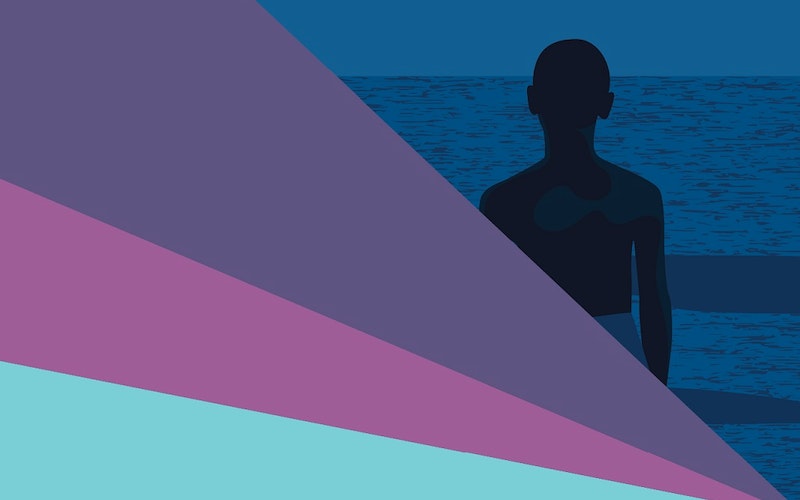