Even after a decade and a half, The Office's take on vocation is both relevant and deeply spiritual.

What would a documentary about one of the most boring, mundane jobs imaginable look like?

This question works as a backdrop for The Office, a mockumentary-style BBC comedy that debuted 15 years ago this Saturday. Over its short run, The Office garnered both critical and popular acclaim in the United Kingdom and, naturally, was quickly adapted by NBC in the States, where it found even more success than the original.

Both incarnations of The Office explore what it’s like to work in a dull, monotonous occupation — in this case, a paper company — and how that spills over into one’s surrounding relationships. Can there be any meaning in a supposed dead-end job? The Office’s answer, even after a decade and a half, is both surprisingly relevant and deeply spiritual.

The brainchild of Ricky Gervais and Stephen Merchant, the original The Office chronicles the dreary, day-to-day lives of employees at a regional branch of the Wernham Hogg Paper Company. Their ignoble leader is Gervais’ David Brent, a self-proclaimed office clown who avoids work and tells crude jokes. Brent’s sidekick is a helplessly arrogant salesman, Gareth (Mackenzie Crook), who prides himself on being Assistant Regional Manager — err, I mean Assistant to the Regional Manager.

At the emotional center of the series sits Tim (Martin Freeman). Typing away at his bulky keyboard, Tim can’t help but wonder if life holds anything outside the nondescript office park. To hold back the existential weight, Tim spends his days placing Gareth’s stapler in Jell-O and pining after the already-taken office receptionist, Dawn (Lucy Davis). In the American remake, it’s a Dunder Mifflin Paper employee, Jim Halpert (John Krasinski), who’s crushing on a woman who’s spoken for — Pam Beesley (Jenna Fischer). And, like Tim, Jim too ponders if he’s worth more than paper salesman of the month.

Surprisingly, both shows survey some of the same territory treaded during the Protestant Reformation. While medieval clergy often made it a habit of separating the sacred from the secular in a distorted, two-tiered model — citing ministerial work as holy and everything else as not — a new wave of thinkers sought to find some sort of sanctification of ordinary life. In other words, as it pertains to The Office, where’s the purpose in selling paper?

Everything one does, regardless of prestige, can be an act of love and worship before God.

Each version of The Office offers a unique angle on this theology of vocation. Like Brent, his U.S. doppelganger Michael Scott (Steve Carell) is bumbling, awkward and regularly inappropriate. Yet Scott manages to both annoy andendear audiences. He’s a lovable airhead; Gervais’ Brent is just a jerk.

Conversely, while Tim often comes off as a bully to Gareth, their NBC counterparts (Jim and Dwight) eventually develop a form of mutual respect despite the former’s endless (including Jell-O) pranks. In another deviation from the BBC show, Jim and Pam marry and have children together, whereas Dawn spends more time manipulating Tim rather than actually caring for him.

Consequently, the U.K. version of The Office reveals how, if one allows it, the mundane can be reflected in the characters’ personal lives and interactions with others. In a depressing but significant point, many of the characters never experience redemption.

The American adaptation tells another story, one that plays out both thematically and visually across the nine-season series. The color scheme travels from gloomy grays to bright hues as the years pass, echoing the relational bond the expanding cast develops for one another. Even the show’s ironic mockumentary presentation is inverted when the fictional program airs and generates a small, but loyal following.

Both versions of The Office bring to mind the Reformers’ answer to the medieval separation of “sacred” and “secular” work. Philosopher James K. A. Smith describes it like this: “Domestic life is affirmed as a sphere of grace. It’s not just priests and nuns who are ‘religious;’ the butcher, the baker, and the candlestick maker can also undertake their mundane, ‘this-worldly’ tasks with a sense of devotion and worship.” Or, in the words of the Apostle Paul, “So, whether you eat or drink, or whatever you do, do all to the glory of God.” Even if that’s selling paper. In the Christian faith, every vocation holds the potential to turn the dull drabness of life into a kaleidoscope of color. Everything one does, regardless of prestige, can be an act of love and worship before God.

Some 15 years later, watching The Office still elicits this yearning for sacredness in the ordinary. For the scores of individuals who are unable to earn a living doing what they love, this aching is so true, it’s funny. 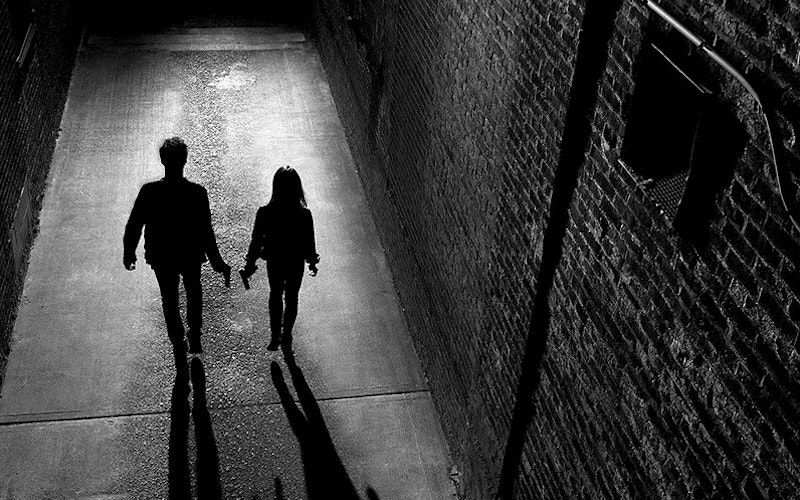 Covert conversion on The Americans