For Christians whose kids play video games, there are at least four main issues to consider.

Parents struggle with video games. Last week I received a heartfelt email from a woman with gamer sons — a high schooler and a college student. After she read my book, Of God and Games, she developed a more open attitude toward playing, but she still had concerns. How much playing is too much? Does playing games with bad themes lead gamers astray? Is it still OK to feel like gaming is a waste of time?

These are common and legitimate questions. Parents are right to carefully consider what their kids are playing. I’d like to suggest there are at least four main issues to consider: how games affect a player’s behavior and attitude; the connection between games and healthy living and relationships; the place of entertainment in our lives; and the question of the inherent morality of our entertainment activities, especially as Christians.

The effects of playing video games vary widely and there’s no scientific consensus on what video games do to players. My approach to this is to suggest that we pay attention, but that we’re not paranoid. If our kids are in a healthy place, can critically examine themselves and have people in their lives who care about them, someone will catch any concerning effects of games. If weird behavior isn’t popping up or it’s clearly attributable to other issues, then I wouldn’t lose a lot of sleep over the games in terms of their effects. Lots of well-adjusted people play games that seem awful to an outsider. That’s not to say such games can’t have an impact, which is why we should always be aware. But I find panicking over this is usually pointless and counter-productive.

Second, I think people need to live healthy lives. That means physical exercise, eating right, exercising our brains, gaining a richer understanding of God’s creation and working regularly to build God’s kingdom. Video games can fit just fine in this scheme, but they can also start to take over our lives to an unhealthy degree. The limits vary from situation to situation. What shouldn’t vary is preparing our kids for life without a parent looking over their shoulders. Teach them why limits matter and practice them. Encourage varied media use. Gamers should regularly be doing at least some reading. Even television and film viewing can be good, because different media exercise different parts of our brains.

We are storytelling creatures, made for more than just productive work.

Thirdly, I think many Christians are suspicious of the value of entertainment. Even as a games researcher, I often have a nagging sense that I’m wasting time when I play games. My parents are immigrants from the Netherlands, so I grew up in a culture that emphasized thrift, hard work and self-denial. Christians in general value such things, and rightly so. But it is also true that we are storytelling creatures and that we were made for more than just productive work. We were made for joy. The stories we share, the sports we do, the hikes we take and, yes, the games we play are a good and healthy part of being well-rounded humans and children of God.

Of course, not all entertainment is created equal. Some games seem to have iffy content. Is it OK to chop a digital orc? I’ll admit I’m very divided on this. I can give both a vigorous critique and strong defense of doing apparently wrong things in a game. On the one hand, violence (as well as other immoral elements) exists in the real world, and so we’d expect our art to tackle such realities. On the other hand, many games involve cheap, exploitative violence. Whether gamers are affected by this or simply see it as part of the gameplay is still an open question for me.

Regardless of where parents land on these issues, we need to work through those positions in conversation with our children. When they leave the nest, they must be able to guide themselves. Tension in the household over games is not all bad. My wife and I argue about what and how much my kids and I play. That isn’t always fun, but it’s good for me to be challenged.

In short: if you’re a parent, it’s OK to care. It’s even wise and healthy. But there’s no point in being afraid. Stay alert and stay engaged. If your kids want to dive into digital worlds, don’t automatically say no. God made people infinitely creative, and video games are just a newer version of our age-old impulse to imagine and play. 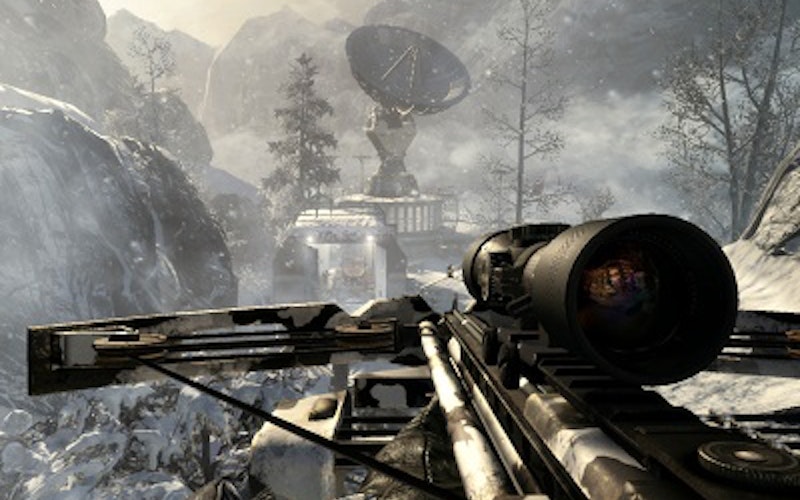 How I gave in to Call of Duty