Everything Now is a series of pessimistic laments perceived through glittering disco lights.

The music of Canadian rock band Arcade Fire serves as a mirror, a reflection of the surrounding culture. This was most overt with the aptly titled Reflektor, a concept album about social media and the digital age. With their fifth record, Everything Now, they’ve crafted an ambitious, though succinct, collection of songs about the ubiquity of the instantaneous and disposable in Western culture. We want everything, and we want it now.

Everything Now is an examination and evisceration of our culture of immediacy. Its retro vibe calls back to the disco era of the late 1970s and early ’80s. Synths pulse, pianos twitter, and the four-on-the-floor bass drum beats drive the dance forward with a steady, lulling pace. Like their previous efforts, this is a concept album with A Big Statement, though Everything Now leans less into the poetic and more towards the blatantly prophetic. Everything Now is a series of pessimistic laments perceived through glittering disco lights. It’s ABBA meets Amos, the Old Testament prophet.

Everything Now also functions as a compilation of anti-worship songs, in that they call out the empty idolatry of Western consumer culture. The album’s booklet art has the aesthetic of a catalog. In the viral marketing leading up to the album release, Arcade Fire created a fake corporation, released satirical music videos, and even had a “Creature Comfort Cereal” giveaway contest. The album’s title track, which repeats the lines “I need it … I want it ... I can’t live without it,” points to the internal emptiness of the pursuit of material wealth:

Following this theme of the glorification of consumption, “Infinite Content” is an angry punk rock anthem, immediately followed by “Infinite_Content,” a lackadaisical summery tune with the same lyrics: “Infinite content, infinite content, we’re infinitely content!” An inconspicuous play on words, “content” stands for both material and tranquility, “stuff” and serenity, as well as the desire for the former to bring about the latter.

Everything Now is a series of pessimistic laments perceived through glittering disco lights.

There is tiredness in lead singer Win Butler’s voice; the melodies stay in a fairly narrow range, and one can perceive an underlying existential fatigue even in the most upbeat of songs. Many of the lyrics address suicide. On “Creature Comfort,” Butler mournfully croons, “God, make me famous / If you can’t, just make it painless.” The American Dream—the pursuit of happiness—appears to be more of a nightmare of endless striving, a vanity of vanities. On “Good God Damn,” there’s a lingering sense of hope that follows its suicidal motif. Butler sings, “Put your favorite record on baby / And fill the bathtub up / You can say goodbye / To your so-called friends.” Yet he follows that with this: “Maybe there’s a good God, damn / Maybe there’s a good God / If he made you.”

This theological query about a divine presence is most overt in the lengthy track (and the best on the album) “We Don’t Deserve Love.” It’s a lament in the biblical sense, addressing both individual and corporate sins, culminating in this exasperated falsetto confession:

It’s a sad conclusion, but it’s an honest one—Butler is still longing and waiting for redemption, perhaps for himself, but certainly for the culture as a whole. He’s rejecting the false savior-types he’s encountered thus far.

Do we deserve love? Is there a good God? Can our culture repent from its empty worship of false gods: material wealth, social status, and unjust practice? These are questions straight from the Old Testament prophets. In Amos 5, the prophet laments about the fallen nature of Israel in his simple-yet-profound call for repentance: “Seek good, not evil, that you may live. Then the Lord God Almighty will be with you, just as you say he is.” Amos is clear: should the people turn from injustice and idolatry, there will be mercy and peace and infinite contentment.

“Seek the Lord and live,” exhorts Amos. On “Signs of Life,” Win Butler puts it this way: “Looking for signs of life / Looking for signs every night / But there’s so signs of life / So we do it again.” We keep searching and seeking for life in all sorts of temporal possessions, when the source of everything is here, now, with us and for us in Christ, who rolled away the stone. The prophetic truth of Everything Now lies in the song titles: we don’t deserve love, yet we’re given signs of life through the grace of the One who truly is a good God. 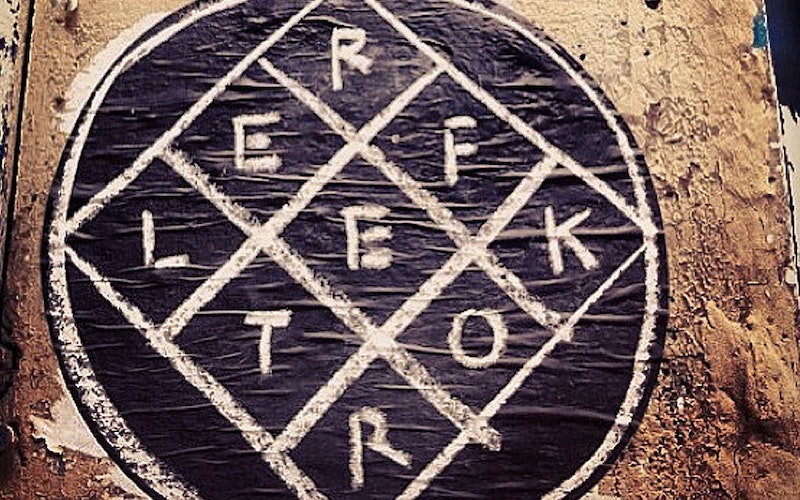