What if those of us who drafted Adrian Peterson committed to pray over the situation as it continues to unfold?

What was that little red “O” doing behind Adrian Peterson’s name on the Web page for my fantasy football team? “Out.” What was this? There had been no hint of an injury leading up to the weekend’s slate of NFL games. What was going on with “my” best player?

As further reports would reveal, Peterson – star running back for the Minnesota Vikings – had been charged with reckless or negligent injury to a child. The charges are related to a May incident in which Peterson allegedly disciplined his 4-year-old son with a switch from a tree, which left wounds that were visible for days.

I’m relieved to say that when I learned of the details, my first thoughts were about the welfare of the child. But I’d be lying if I claimed my concerns for my fantasy football team didn’t follow a nanosecond later. And it left me feeling sick. We’ve written before on TC about the theological implications of fantasy football, but this experience shed new light on the issue, raising questions that I probably should have already asked in regards to the Ray Rice domestic abuse case. (But Rice wasn’t on my team, natch.) By regarding “our” players as potential points in imaginary leagues – as literal ones and zeroes - are we denying them and those around them their status as real human beings, created in God’s image?

And then I wondered, what would it mean to do otherwise? What would it mean to see an NFL player not as a fantasy football commodity or even as a real-life piece of your favorite local team, but as a person. How do we care for them and those around them, even if we don’t have a personal relationship at stake?

What if those of us who drafted Adrian Peterson committed to pray over the situation as it continues to unfold?

What if, then, those of us who have Adrian Peterson on our fantasy football teams worried less about what it meant for next week’s matchup, and instead committed to pray over the situation as it continues to unfold? For his son, first and foremost, and those now seeking to care for and heal him. But for Peterson too. For justice in the legal process he’s undergoing and for the hope of forgiveness, wherever it may be needed. And maybe, just maybe, for reconciliation.

I don’t know what practical purpose it would serve to have countless, fantasy football-playing Christians regularly praying for the Peterson family in the weeks and months ahead. Prayer is a mysterious thing. But I do know that if I mean to live as a citizen of Christ’s kingdom, that’s time better spent than anguishing over whether or not I should drop him from my fantasy football roster. 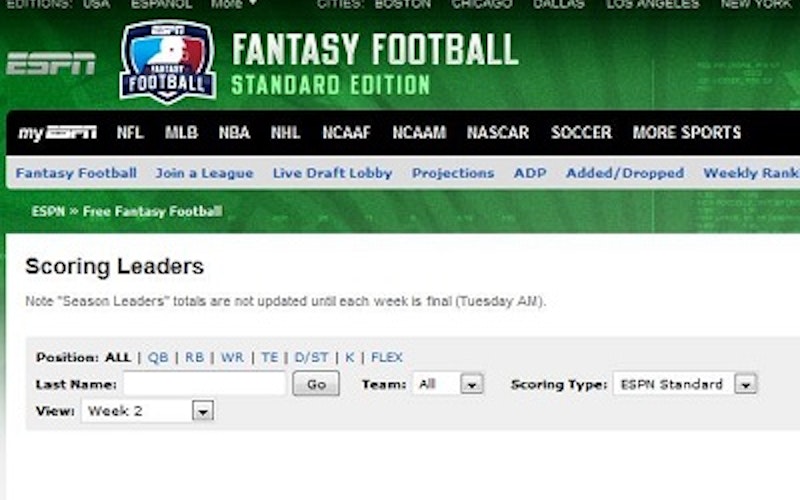