It’s Saturday night, and I’m standing on a high barstool next to the table. I use my knee to nudge a casserole dish into frame. I’ve whipped up a social media-worthy meal of tomato pie, firecracker grilled chicken, corn, fresh-squeezed lemonade, and one of Ina’s fresh peach cakes for dessert—and I can’t quite get the camera lens to take the spread in all at once.

Visualize me teetered precariously on my perch, iPhone raised high, tapping a circle on the smooth screen, trying to generate a suitable arrangement of digital pixels to immortalize a meal that in minutes will become masticated history. Look at me: I’ve become a performance-art commentary on our modern enslavement to virtual reality.

We laugh and shrug at our own foolishness, but there is a daily temptation to make our real lives subservient to what Radiohead frontman Thom Yorke calls our “little avatars.” In an interview with Zane Lowe, he lamented, “We have started to emulate what our devices say about us and emulate the way we behave from that.” In Anima, a Netflix short film directed by Paul Thomas Anderson and released in conjunction with Yorke’s latest album, Yorke enters the machine in hopes of awakening us to real human connection.

Anima opens on a subway car; passengers clad in drab industrial grays nod in a dazed state as the train shuffles them through the underground. A woman in the back of the car wakes, making brief eye contact with a bleary Yorke. The connection feels awkward. Unpracticed. The blips of “Not the News” lull them both back to sleep as every passenger moves in synchronized restlessness. Yorke’s voice opines, “Who are these people? / I’m in black treacle...” When the train stops and the car’s contents pour into the station still nodding off sleep, Yorke recognizes a small box left by the woman. Desire dawns.

The rest of the film chronicles his desperate search for the box’s owner. The subway turnstile refuses to let him pass. Yorke finds himself thwarted by a packed escalator. Above ground, he passes lines of people cavorting to form disturbingly inorganic shapes (the choreography is by Damien Jalet). All the while, a pulsing beat threatens to draw him back into dumb synchronicity with the rest of the populous.

He loses track of the box but rediscovers it while peering over a tilted white dreamscape. As he clambers up, he gets dragged into a churning choreography. Dark silhouettes move together like sliders on a soundboard and he finds himself once again trapped in the human machine. Limbs crank and lurch to the infectious buzz of “Traffic” while a cloying voice encourages, “Submit / Submerged … Party with a rich zombie!” Bodies bounce as Yorke struggles for freedom. A sly declaration echoes over the scene, “But you’re freeeee...” With a sneer, he sits in frustrated disgust. A whirl of debris sweeps him back into slumber.

We cannot help but identify with Yorke’s longing for relationship. Anima wants us to see the futility of seeking real connection within the machine, and how the machine gradually consumes us. We don’t usually submit all at once. It happens slowly. As social media, political rancor, consumerism, and rampant technology take hold, our lives become exaggeratedly choreographed. Travels, personal experiences, Bible readings, career moves, political stances, outrage—even our children—become means only to further curate our online avatars. We find ourselves hand on hip, torso twisted, front knee slightly bent—striking our best Instagram pose in every area of life. We contort our calendars, our gatherings, our emotions, our existence to somehow squeeze into a 5.8-inch display. And why? We are desperate for real relationships—connection. But is that possible in the virtual world? Or are we dreaming?

We find ourselves hand on hip, torso twisted—striking our best Instagram pose in every area of life.

Anima shows us that those who idolize the machine become a part of it. We live under the constant temptation to worship man-made idols that cannot speak, hear, or feel. The Psalmist warns us, “Those who make them will be like them, and so will all who trust in them.” Anima’s dystopian reality is apocalyptic art. Similar to what James K. A. Smith explains in You Are What You Love, its purpose is “unmasking—unveiling the realities around us for what they really are.”

The problem in our lives is not rhythm itself. The problem is allowing virtual rhythms to choreograph our real lives. What we need is to be reborn into a new liturgy.

In Anima’s third and final act, Yorke awakens facedown in an alley. He rouses, and there she is—waiting. They fall into a spiral of clandestine connection reminiscent of 1984’s Winston and Julia. The two move together in the dark towards a misty brightness as “Dawn Chorus” begins to shimmer in the periphery of what feels like the last dream before daylight. A whisper falls over the scene: “In the middle of the vortex the wind picked up / Shook up the soot from the chimney pot / Into spiral patterns of you, my love.”

As the two board a trolley in the early light, Yorke cups his hands around their faces as if to capture the precious moment of seeing and being seen. He whispers the only words in the film: “Please let me know if you’ve had enough. It’s the last chance.” The soft padding of synth reverb gives way to the chirruping of morning birds. Sunlight falls on his face, and he wakes. Was it all a dream?

Anima encourages us to discover a new rhythm—not in being connected to a machine, but to another. We were made to move, body and soul, to the liturgy of salvation history. In You Are What You Love, Smith puts it this way: “[We need] rituals that are loaded with an ultimate Story about who we are and what we’re for… Our loves and longings are steered wrong, not because we’ve been hoodwinked by bad ideas, but because we’ve been immersed in de-formative liturgies and not realized it.”

Although Yorke’s tracks are filled with computer-generated glitches and synthetic drumkits, the film is marked by a conspicuous absence of technology. As he sees it, humanity is the machine. Can we escape the nightmare? We cannot expect satisfying connection in a utilitarian world where human relationship means using and being used.

Christians know that human value is not determined by our functionality, profitability, or ability to contribute to society. We were made to love God and to be loved by him—and to love one another. The rhythms of this world cannot produce love. Love moves to a new choreography, one shaped by true koinonia in Christ and guided by the love of a Savior in pursuit of his beloved. It’s not a dream. It’s real life—and true fellowship. 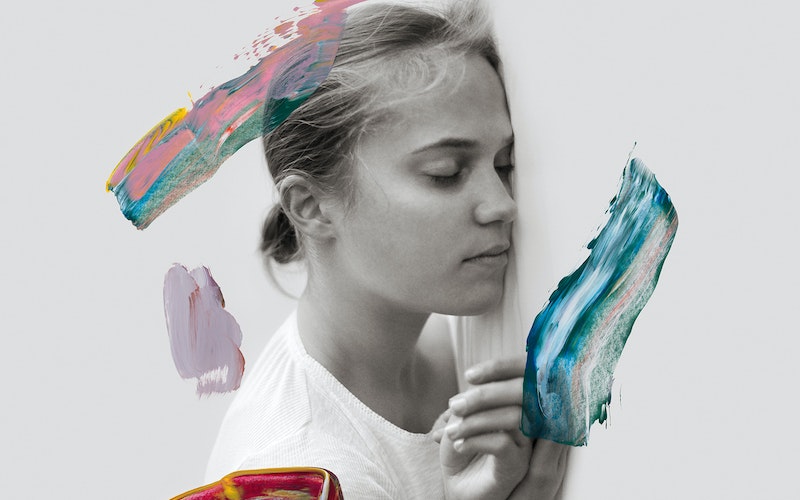